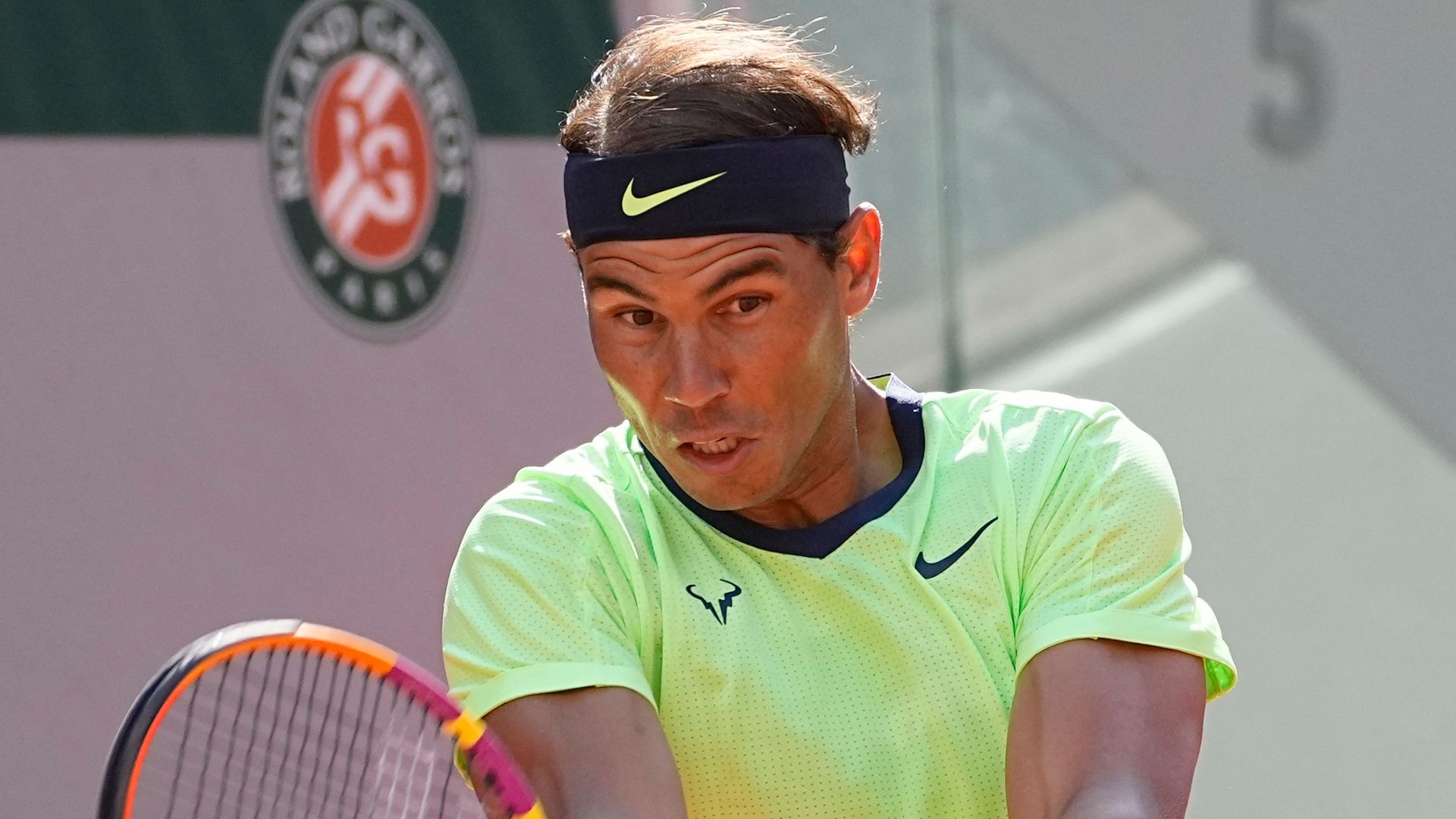 Rafael Nadal and Novak Djokovic face off for the 58th time in their glittering careers as the Spaniard continues his search for a 14th French Open title, while Stefanos Tsitsipas meets Alexander Zverev in the youngest Roland Garros semi-final since Nadal beat Djokovic in 2008

After the French Open welcomed four first-time women’s semi-finalists to the court, there remains a familiar feel to the men’s proceedings as a rampant Rafael Nadal continues his march towards a 14th career singles title at Roland Garros.

It was a mindset of ‘the further, the better’ for world No 2 Daniil Medvedev in regards to escaping Nadal on clay until as late as possible, while world No 10 Diego Schwartzman made no secret of his wish to avoid the Spaniard in the same side of the draw in the future, such is his aura of invincibility in a tournament he has governed for 15 years.

The latter had been Nadal’s latest obstacle as he dared to threaten his authority with a valiant performance in their quarter-final clash only to eventually fall 6-3 4-6 6-4 6-0 after an imperious fourth and decisive set.

Six-time major champion Boris Becker suggested this week that the end of Nadal’s reign in Paris is a question of time amid his pursuit of a fifth successive French Open crown. Novak Djokovic could have a defining say in that after overcoming Matteo Berrettini 6-3 6-2 6-7 (5-7) 7-5 to seal his place in the final four and pencil in a semi-final match-up with his old foe.

“It’s not like any other match,” said Djokovic. “Let’s face it, it’s the biggest challenge that you can have, playing on clay against Nadal, on this court on which he has had so much success in his career, in the final stages of a Grand Slam. It does not get bigger than that.

“Of course, each time we face each other, there’s that extra tension and expectations. [The] vibes are different walking on the court with him. But that’s why our rivalry has been historic, I think, for this sport. I’ve been privileged to play him so many times.”

Djokovic boasts a 29-28 career head-to-head record against Nadal and is the last man other than the 35-year-old to win a singles title at the French Open having beaten Andy Murray back in 2016. Nonetheless, he has won just one of seven meetings with Nadal in the competition as the duo gear up for round 58.

“[My] rivalries with him and Roger (Federer) have made me a stronger player, allowed me to understand how I need to improve my game to get to the level where they were when I started playing professional tennis,” he added. “I’ll probably pick Rafa as the biggest rival I’ve ever had in my career.

“The quality and the level of tennis that I’ve been playing in the past three, four weeks on clay, Rome, Belgrade and here, is giving me good sensations and feelings ahead of that match. I’m confident. I believe I can win, otherwise I wouldn’t be here. Let’s have a great battle.”

Nadal, who defeated Djokovic in the final of May’s Italian Open, is 26-0 upon reaching the semi-finals of the French Open, is riding a 35-game win streak at the tournament – second only to his record 39 from 2010-15 – and has not been beaten by the Serb on clay since Rome in May 2016.

His route to the semis saw him cruise beyond Alexei Popyrin, Richard Gasquet, Cameron Norrie and Yannick Sinner in straight sets before holding off Schwartzman to extend his record at Roland Garros to 105-2 since his debut in 2005.

While Djokovic deems Nadal the ultimate test, the feeling is likely mutual.

“It’s always a big challenge,” said Nadal. “Best thing is you know that you need to play your best tennis. It’s a match that you know what you have to do if you really want to have chances to succeed and to keep going on [in] the tournament.

“That’s something that is good, because in some ways we are practising, we are living the sport for these moments. The negative thing it’s difficult because you play against one of the best players in history.”

The final will see old guard meet next gen as world No 5 Stefanos Tsitsipas faces world No 6 Alexander Zverev in the other semi for a shot at a maiden major title.

Tsitsipas has been mightily impressive throughout, conceding just one set against John Isner on the way to the last four, where he sealed his place with a 6-3 7-6 (7-3) 7-5 over No 2 seed Medvedev on Wednesday.

The 2021 Australian Open semi-finalist is looking to go one, if not two, better after losing to Djokovic over five sets at this stage of the competition last year.

“I feel privileged that I’m in that position,” Tsitsipas said. “I feel obviously I’ve put in a lot of daily hard work and [that] has been a key element of me being here. But my ego tells me I want more.”

Meanwhile, it beckons as another significant stride for Zverev who, having struggled in the latter stages of tournaments early on in his career, has now reached a major quarter-final, two semi-finals and a final over the last two years, with the Russian admitting that self-applied expectations had hindered his performance levels.

“I was not very patient with myself, which I feel like now maybe I learned how to deal with the situation a little bit better. I’m maybe a little bit calmer at the tournaments. But the end goal hasn’t changed.”