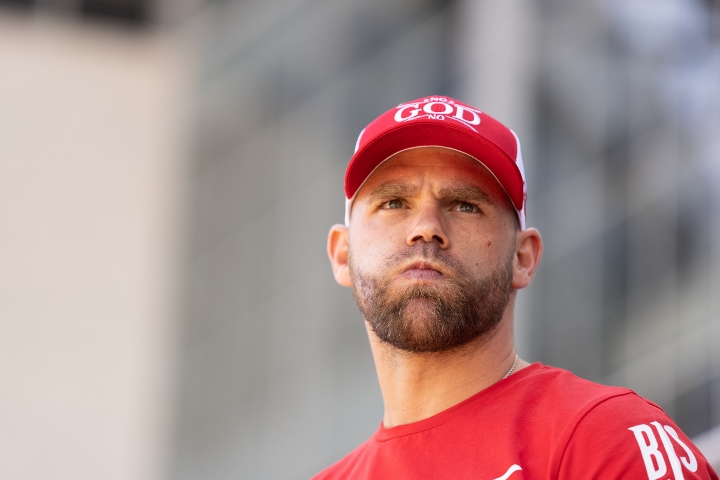 Former two division world champion Billy Joe Saunders, 31-years-old, is not ruling out the possibility of retirement – in the aftermath of last month’s stoppage loss at the hands of Saul “Canelo” Alvarez.

Before a crowd of over 70,000 at AT&T Stadium in Texas, Saunders was stopped after eight rounds – when his corner waved off the fight before the start of the ninth.

During the eight, Saunders suffered a fractured orbital bone, which affected his vision.

He was rushing to the hospital and underwent surgery the following day.

“At the end of the day, I’m 31 years old, if I don’t ever wanna work again, wanna sit back, wanna chill, I can do that. And so it should be, I’ve put a lot of time into boxing and I’ve paid my dues. The sport’s been very, very good to me,” Saunders told Talk Sport.

“I’m 31, I haven’t took no punishment, I haven’t been battered from pillar to post, brain dead and can’t put a sentence together, so I need to sit back and look at my options. Because the options have to weigh up – the thought of me just coming in and fighting for a world rating or something, belts don’t feed the kids. Everything would have to stack up and [be] the right fight.

“Because coming down from fights like that, it’s very hard, where do you go from there. I’ll have a chat with my dad because he’ll have a big say in it. To be fair it will be more or less down to my dad in the conversation more than me if I’m honest. It’s one of them where it’s 50/50. Whether I think, I will have one more or a couple more, but they’ve gotta be the right sort of fights. If he says, ‘Leave it son, don’t go back for more,’ then that’s probably what I’ll do.”