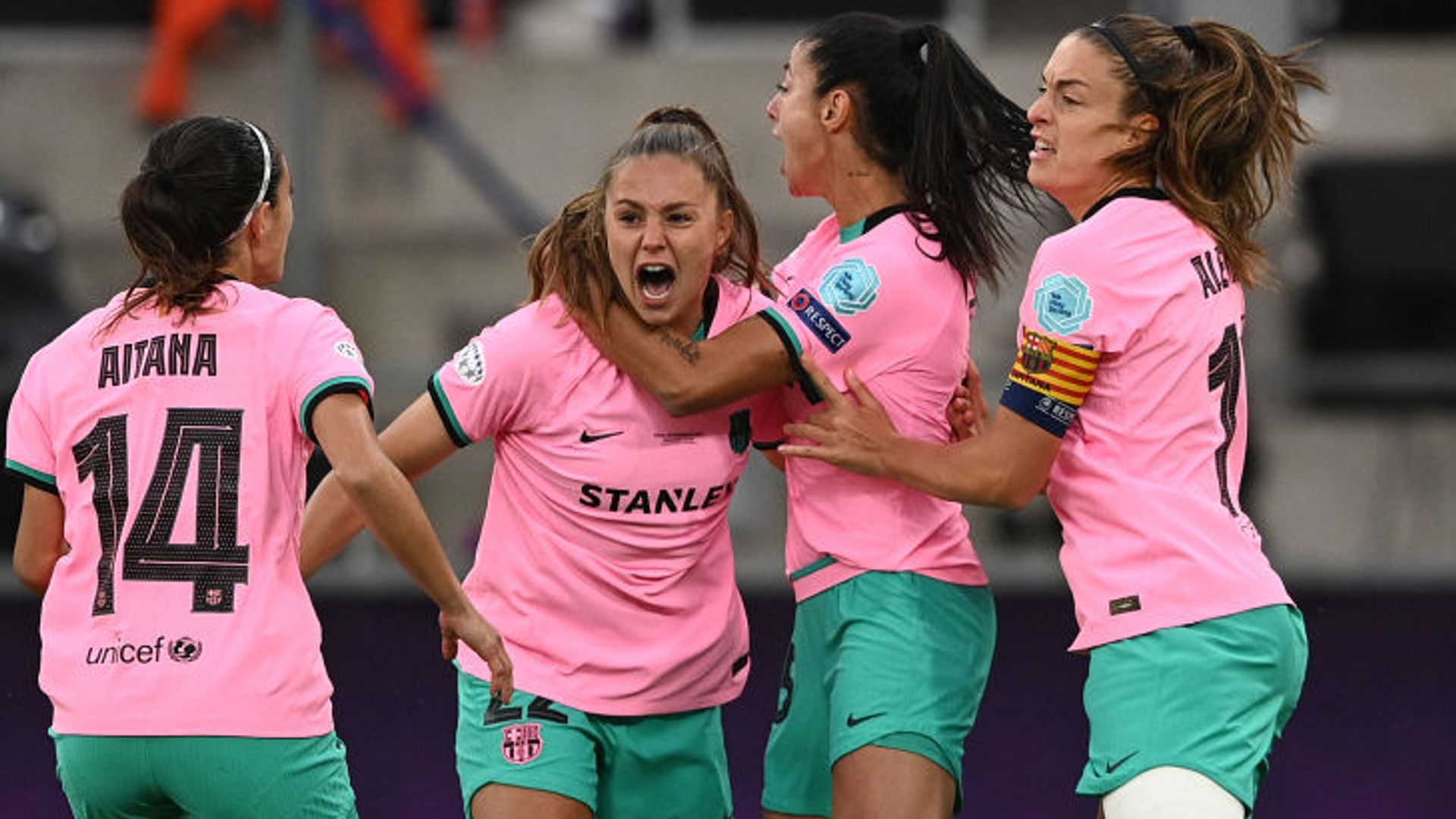 The tone of the game was set inside a minute when Lieke Martens smashed an effort against the crossbar before Melanie Leupolz inadvertently looped the ball into her own net to gift Barcelona the opening goal.

And in all honesty, Chelsea never really recovered.

Leupolz was penalised again soon after following a foul on Jennifer Hermoso inside the area. Barcelona captain Alexia Putellas then fired home from the penalty spot to double Barcelona’s lead inside 12 minutes.

The Spanish side soon took matters into their own hands as they continued to overpower Chelsea, with Aitana Bonmati (21) and Caroline Graham Hansen (36) both scoring from close range to ultimately secure their maiden Champions League title.

Chelsea improved after the break, but will be rueing a string of missed chances in both halves, particularly from Pernille Harder – beaten for a third time in the Champions League final – and Sam Kerr.

It was redemption for Barcelona after their defeat to Lyon in the 2019 final, in which they were on the end of a 4-1 defeat. There will also be plenty for Emma Hayes and Chelsea to take from their first foray into a European final.

Chelsea will be back in action on Thursday when they host Everton in the fifth round of the Women’s FA Cup. There are still league games to play for Barcelona, who host Athletic Bilbao in the Primera Division on Wednesday.