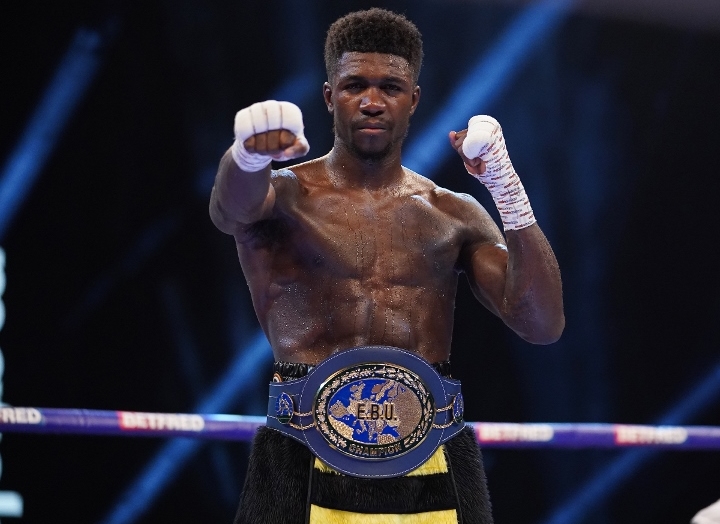 Richards, who had previously won British and Commonwealth honours, ran rings around De Carolis to secure a unanimous decision.

De Carolis, a former WBA World Champion, could not lay a glove on Richards who is now unbeaten in 15.

“I said I was going to conquer Europe, and I’ve done it,” Richards told Matchroom. “I’m very pleased and I’m very happy. I wanted this so bad to complete the collection. British, Commonwealth and now the European Super-Middleweight Champion. I’m very happy.

“It’s all of the drilling and all of the work in the gym. I’d like to thank my team – Dave Coldwell, Danny Wilson and my nutritionist Lee for getting me in the best shape possible for this fight. I’m going to be very difficult to beat. I said this from the start. It’s all about the skills, and I have them in abundance. I showcased a little bit of that tonight.

“There were points in the fight where I decided to sit in the pocket and work with him. I could have gone up the gears a little bit more tonight. I felt like what I was doing was enough. My team are very happy with my performance.

“I started from the bottom and worked my way up – I backed myself. There’s something to learn at every level. We’ll see what the team says the best options are for me. The next step now is fringe world level.”