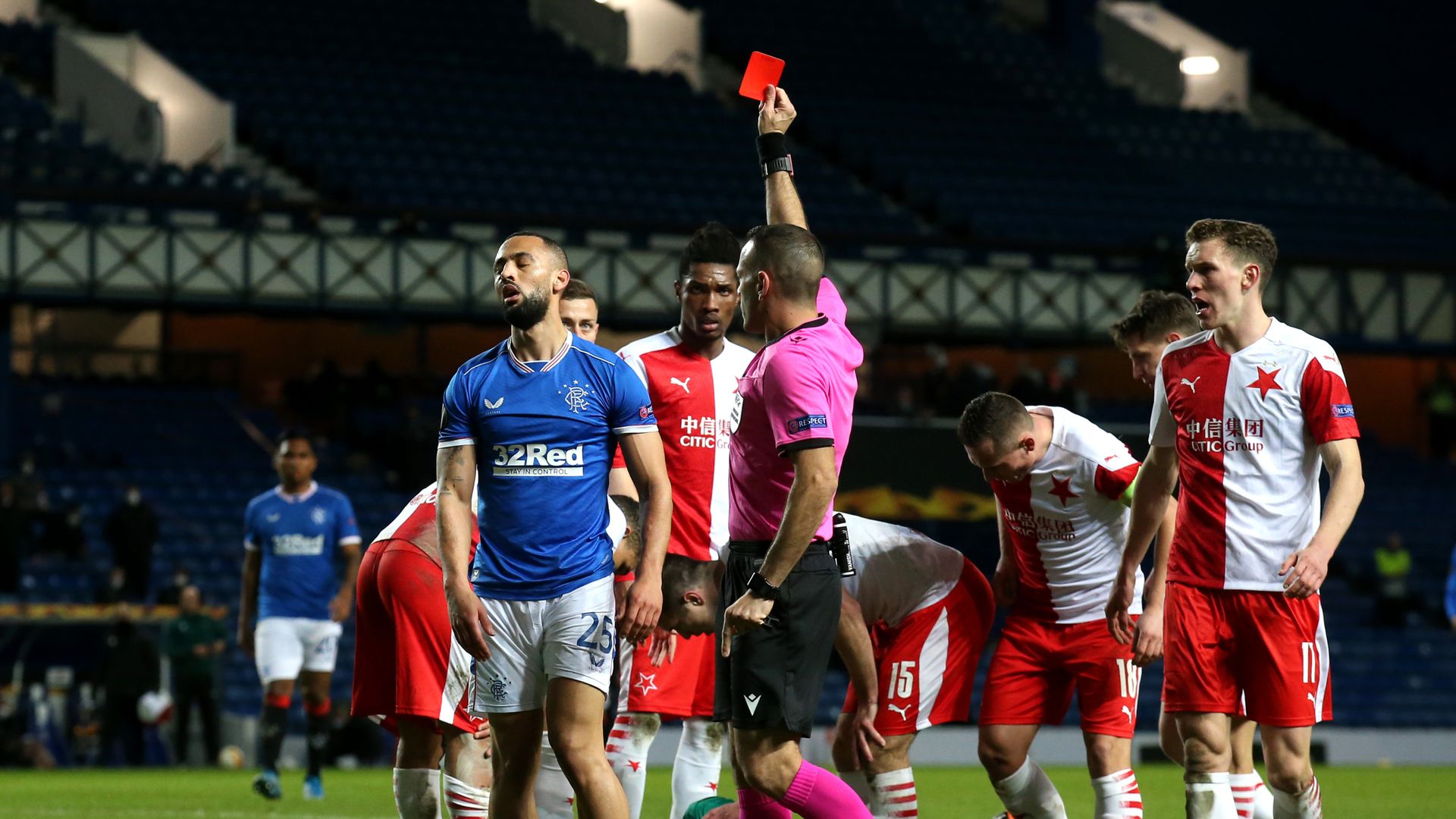 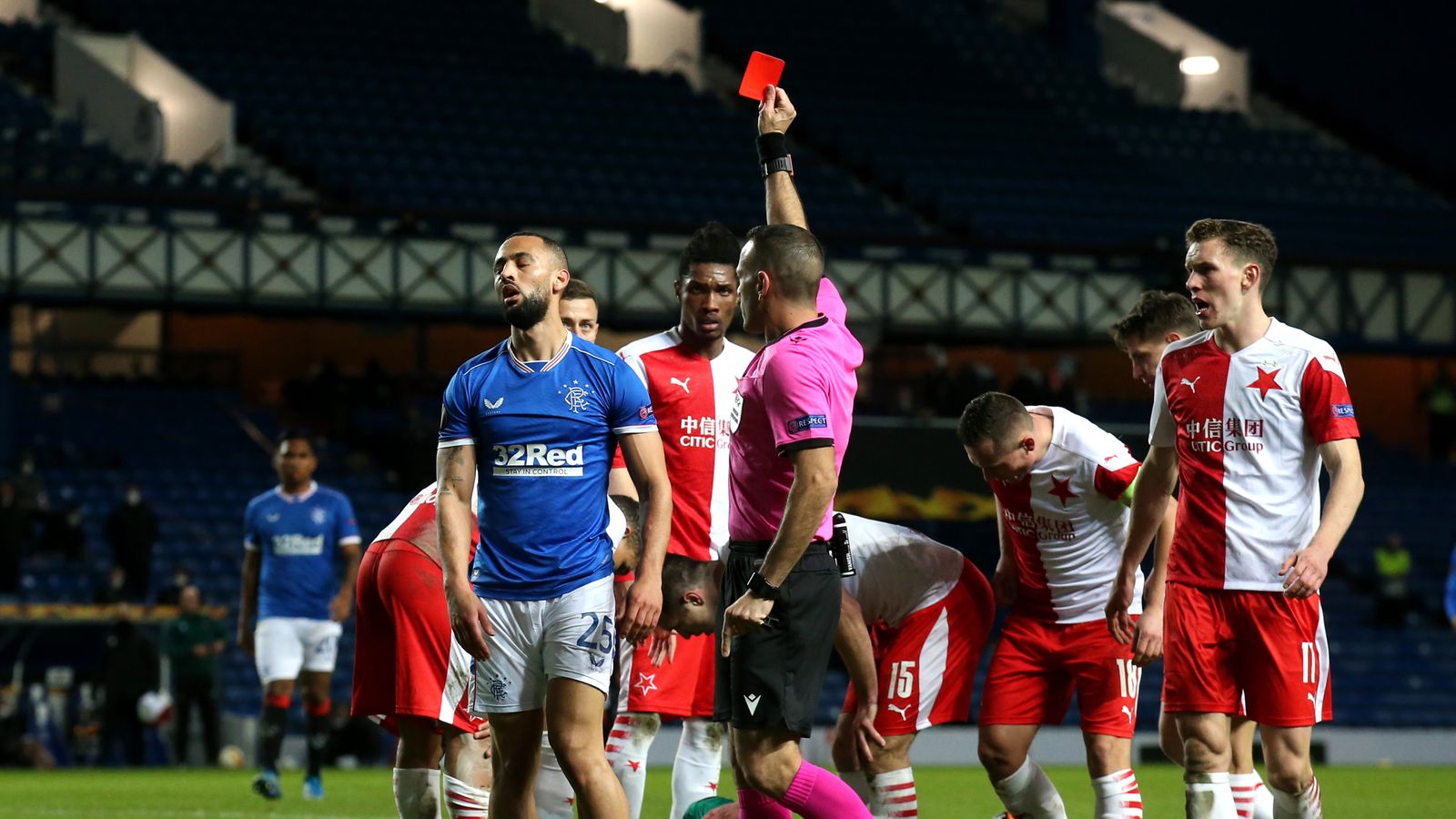 Roofe was sent off during Rangers’ controversial Europa League last-16 second-leg defeat to the Czech side in March, after his boot made contact with Kolar’s face when he challenged for the ball.

Rangers lost the second leg 2-0 and were eliminated 3-1 on aggregate.

The Czech keeper was left with a fractured skull, but Rangers appealed against Roofe’s ban, claiming the punishment was “severe”.

However, in a statement on Monday UEFA said: “The appeal lodged by Rangers FC has been dismissed.

“The CEDB had decided to suspend Rangers FC player, Mr Kemar Roofe, for four UEFA club competition matches for which he would be otherwise eligible, for dangerously assaulting another player.”