How did David Prutton get on in predicting the Sky Bet Championship this season? We take a look at his final predicted table here…

Our EFL presenter has been predicting Championship games all season, and we can now reveal his final table.

Here is Prutton’s final table, taking into account the difference in position with their actual finish… 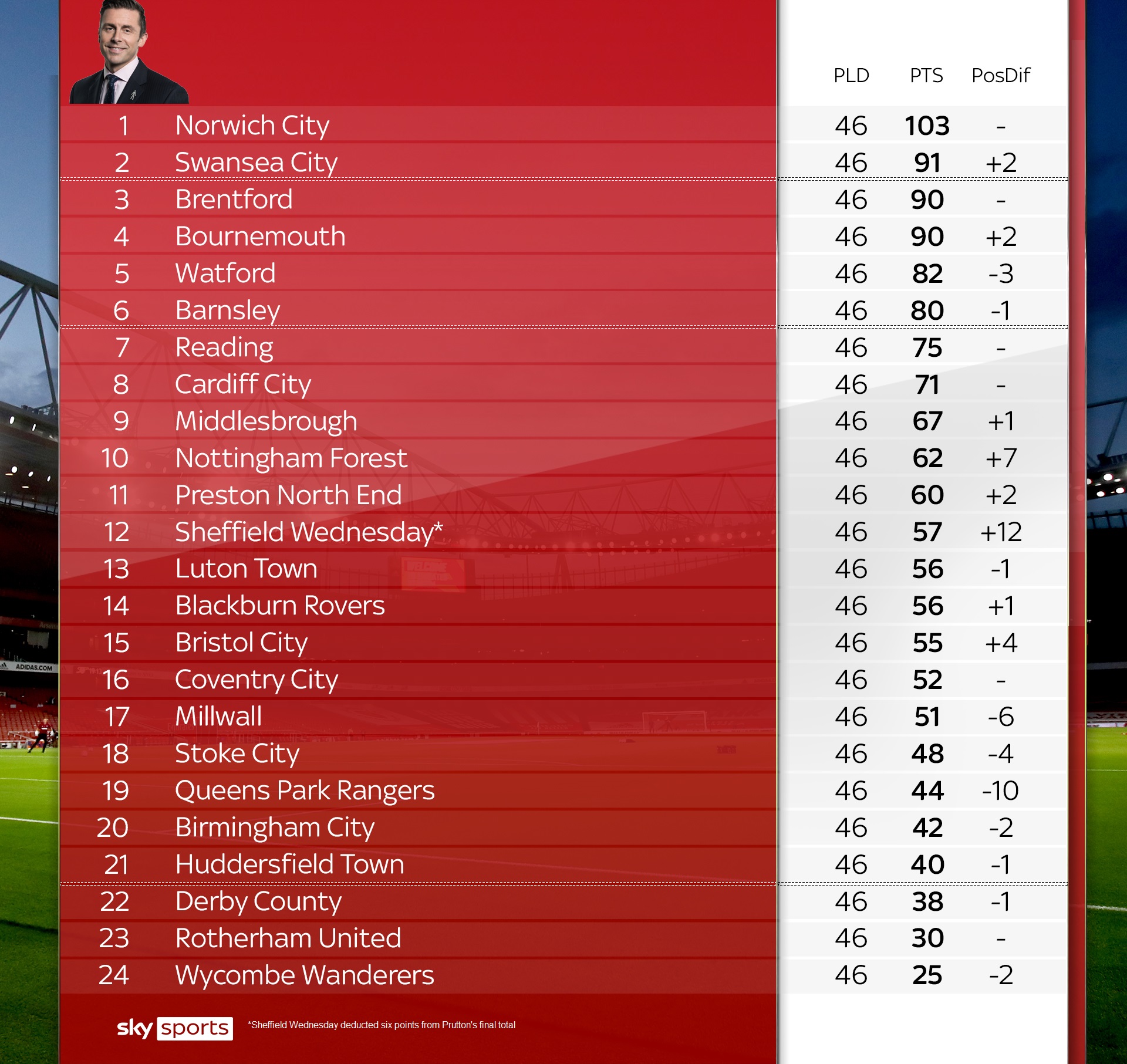 Prutton successfully managed to predict Norwich as the champions! He also correctly called three of the four sides that eventually qualified for the play-offs, and two of the correct relegated sides Rotherham and Wycombe.

Although Prutton has the six right sides in the top six, he didn’t quite get them in the right order. He has Swansea in second, when they actually finished fourth, and Watford in fifth – when the Hornets finished second.

Prutton also had Derby in his relegation zone, when the Rams actually narrowly evaded the drop on the final day of the season.

The most glaring error from Prutton was undoubtedly the position of Sheffield Wednesday. The Owls eventually finished bottom of the Championship, but he had them in a far more comfortable mid-table position.