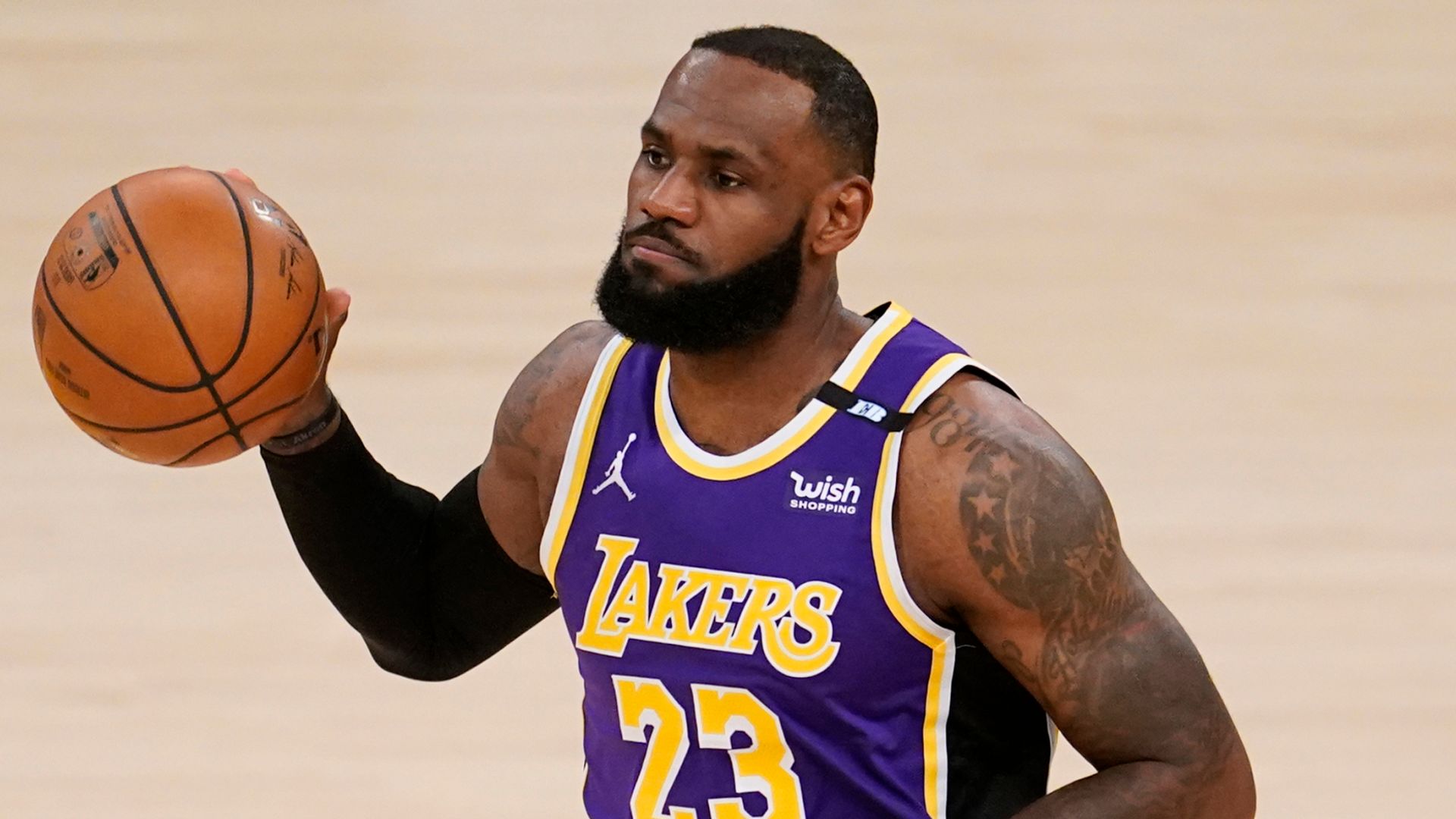 Prior to the start of the 2020-21 season, the NBA unanimously approved a new Play-In Tournament on a one-year basis.

Here’s everything you need to know about the new format, which could see Steph Curry and LeBron James go head-to-head in the very first game.

The Play-In Tournament begins Tuesday, May 18 and concludes Friday, May 21. The playoffs will then continue as normal on May 22.

The second half of the regular season will be followed by the 2021 NBA Play-In Tournament, May 18-21!

Teams with the 7th-highest through the 10th-highest winning percentages in each conference will qualify to determine the 7th & 8th seeds.

Eight teams in total, four from each conference.

We get six games of basketball across the two conferences, all live on Sky Sports.

How does it work?

The teams that finish seventh and eighth in each conference will each have two opportunities to earn a playoff spot in a do-or-die game.

On the other hand, the teams that finish ninth and 10th in each conference will each have to win two consecutive games to earn a playoff spot.

That means in Game 1, No 7 will host No 8 and the winner will be awarded the seventh seed.

In Game 2, No 9 will host No 10. The winner of that contest will then face the loser of Game 1 to decide the eighth and final seed.

As there is a chance teams could finish the regular season with differing numbers of games played due to Covid-19, the NBA will use winning percentage (rather than number of wins) to determine overall standings.

Why has it been implemented?

Probably due to the success of last season’s first play-in game between the Portland Trail Blazers and Memphis Grizzlies in the Florida bubble. This was played because Memphis (the ninth seed) finished within four games of the eighth seed, Portland, before the season was cut short.

Another reason could be to prevent teams from tanking, particularly in the second half of the season. This was already aided by the changing of the lottery odds system in 2019, which essentially created more uncertainty about which pick the worst teams would end up with.

Twenty-three of the 30 teams have been left with playoff positions to fight for even in the final week of the regular season. The Chicago Bulls, New Orleans Pelicans and Sacramento Kings can all still make the Play-In.

That as things stand we would get a mouth-watering Los Angeles Lakers vs Golden State Warriors match-up in Game 1 of the Play-In. That’s in the West, where the Memphis Grizzlies and San Antonio Spurs hold the ninth and 10th spots.

In the East, the Boston Celtics will take on the Charlotte Hornets for the seventh seed, while the Washington Wizards and Indiana Pacers will battle for the right to face the loser for eighth.

What about the criticism?

Yes, there has been criticism of the tournament, most notably from Dallas Mavericks owner Mark Cuban and his star player Luka Doncic, as well as LeBron James.

Cuban sits on the NBA board of governors who unanimously approved the Play-In Tournament ahead of the season. Despite this, Cuban told ESPN that he regretted the decision and that in hindsight it was a mistake.

“Rather than playing for a playoff spot and being able to rest players as the standings become clearer, teams have to approach every game as a playoff game to either get into or stay in the top six since the consequences, as Luka said, are enormous,” he explained.

“So players are playing more games and more minutes in fewer days.”

It is no surprise the owner was coming out to bat for his star player, after Luka Doncic criticised the Play-In with the Mavericks then in seventh place and struggling to catch the Lakers.

“I don’t understand the idea of a play-in,” Doncic said last month. “You play 72 games to get into the playoffs, then maybe you lose two in a row and you’re out of the playoffs. So I don’t see the point of that.”

Funnily enough, the tables have now turned and the Mavericks sit in sixth in the West – two games ahead of the Lakers and holding the crucial tie-breaker.

Which meant it was time for LeBron James to voice his own concerns about the new system last week, after his Los Angeles Lakers lost their third game in a row.

Can you blame him?

Not really, given that the Lakers might now have to go through Curry and the Golden State Warriors to even make the playoffs.

Unfortunately for him, he is in the minority.

For most NBA fans the new format simply means all the drama and chaos of the NBA post-season starts a little bit earlier this year with LeBron vs Steph, for so long a Finals match-up, potentially taking place on the very first night.

How much could change?

With four regular season games left, there’s still a lot to play for.

In the West, Dallas need any combination of wins or Lakers losses adding up to three to avoid the Play-In Tournament. Even so, the Portland Trail Blazers are only one game back and have the tie-breaker over the Mavericks.

The Sacramento Kings and New Orleans just about kept their Play-In hopes alive with wins on Sunday night. Despite this, it remains likely the San Antonio Spurs will hold on to tenth.

Due to a tough remaining schedule for Golden State, the Memphis Grizzlies could also still pip the Warriors to eighth.

In the East, Miami appear to have pushed Boston into the Play-In, although both teams meet again on Tuesday night. The Celtics need to win to have any hope of reclaiming the sixth seed from the Heat.

Elsewhere the Pacers need to hold off the Bulls down the final stretch, with Chicago only two-and-a-half games back, while the Wizards could leapfrog the Hornets into eighth as Russell Westbrook closes in on the all time triple-double record.