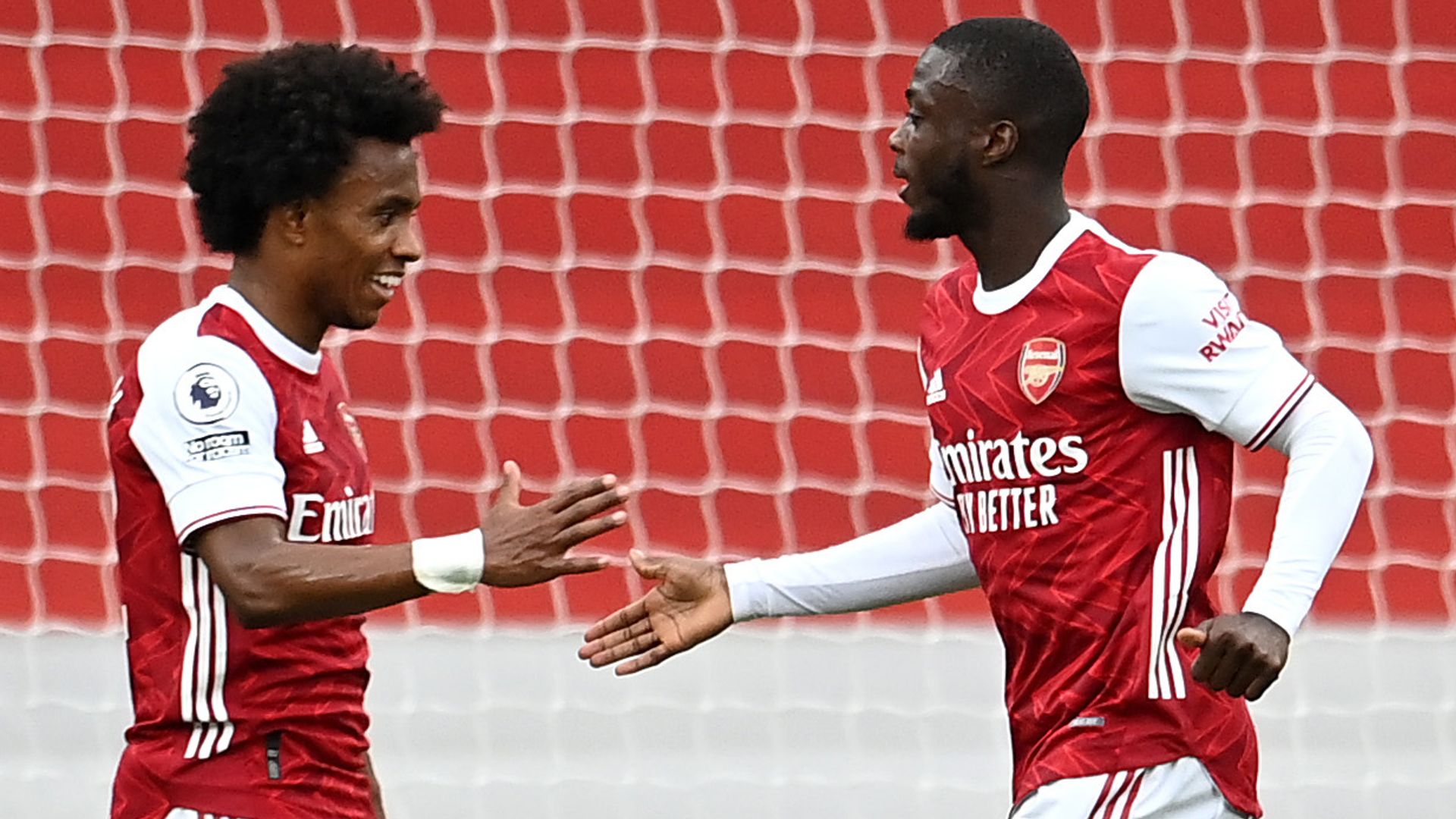 Arsenal sent West Brom down with a 3-1 win at the Emirates Stadium as Sam Allardyce suffered relegation from the Premier League for the first time in his career.

The Gunners, 10th in the Premier League table ahead of kick-off and playing for little more than pride after their Europa League exit on Thursday, took the lead when the excellent Bukayo Saka, playing at left-back, crossed for Emile Smith Rowe to volley home (29).

Arsenal doubled their advantage soon afterwards when Nicolas Pepe cut inside from the right flank and curled a stunning effort beyond the outstretched Sam Johnstone (35), but they had some nervy moments after that.

West Brom pulled a goal back in superb style when Matheus Pereira broke forward from inside his own half and, with Arsenal defenders backing off him, smashed a diagonal shot into the bottom corner (67).

The hosts struggled to regain control, despite Mikel Arteta sending on Kieran Tierney, Alexandre Lacazette and Thomas Partey, but Willian eventually made the result safe when he found the top corner with a brilliant free-kick (90) to notch his first goal for the club.

Arsenal’s first home win in two months was not entirely convincing but it did at least provide some relief after a dismal week. West Brom, meanwhile, return to the Championship after a single season in the top flight.

Arsenal are back in action on Wednesday when they travel across London to face Chelsea, live on Sky Sports; kick off 8.15pm.