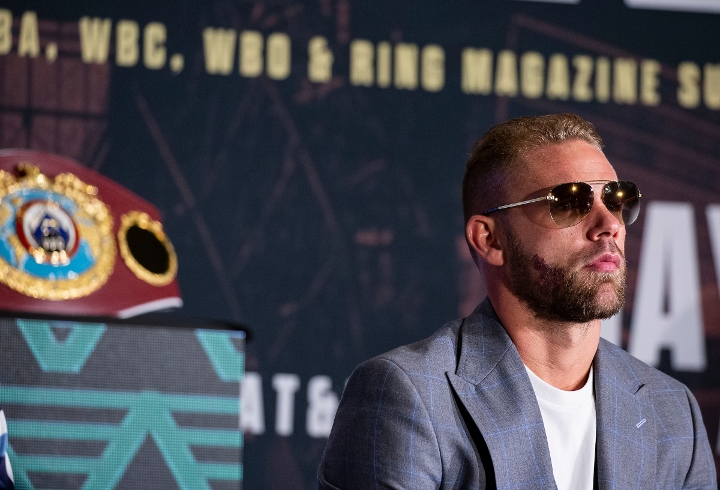 WBO super middleweight champion Billy Joe Saunders is planning to come for war when he steps in the ring with WBC, WBA champion Saul ‘Canelo’ Alvarez.

Saunders is undefeated, but he’s been tabbed as a tremendous underdog in the fight.

On the other hand, Saunders could very well be the best opponent that Canelo has ever faced at 168-pounds.

In his three fights in the weight class, Canelo blew away Rocky Fielding in 2018, dominated Callum Smith over twelve rounds in December, and crushed Avni Yildirim back in February.

Saunders has not been that active in the last few years, but he did see action in December when he easily outpointed veteran Martin Murray over twelve rounds.

He now wants to pull off one of the biggest upsets in British boxing history.

“I don’t come here to lay down, I come here to win. I don’t think Alvarez has faced a man with as much heart and determination to win as me. It’s going to be a good fight, he’s a great champion, but to be honest with you, I’ve come here to take all of these titles and take them by storm.

“I haven’t lost since 2008. Thirty and O and unbeaten, so therefore he has to do something differently to beat me. Not the other way around. The key to this fight, obviously everyone has got to be on their A-game, bring their best to the table, and as long as I bring my finest spirit and my brain, I’ve got it.”