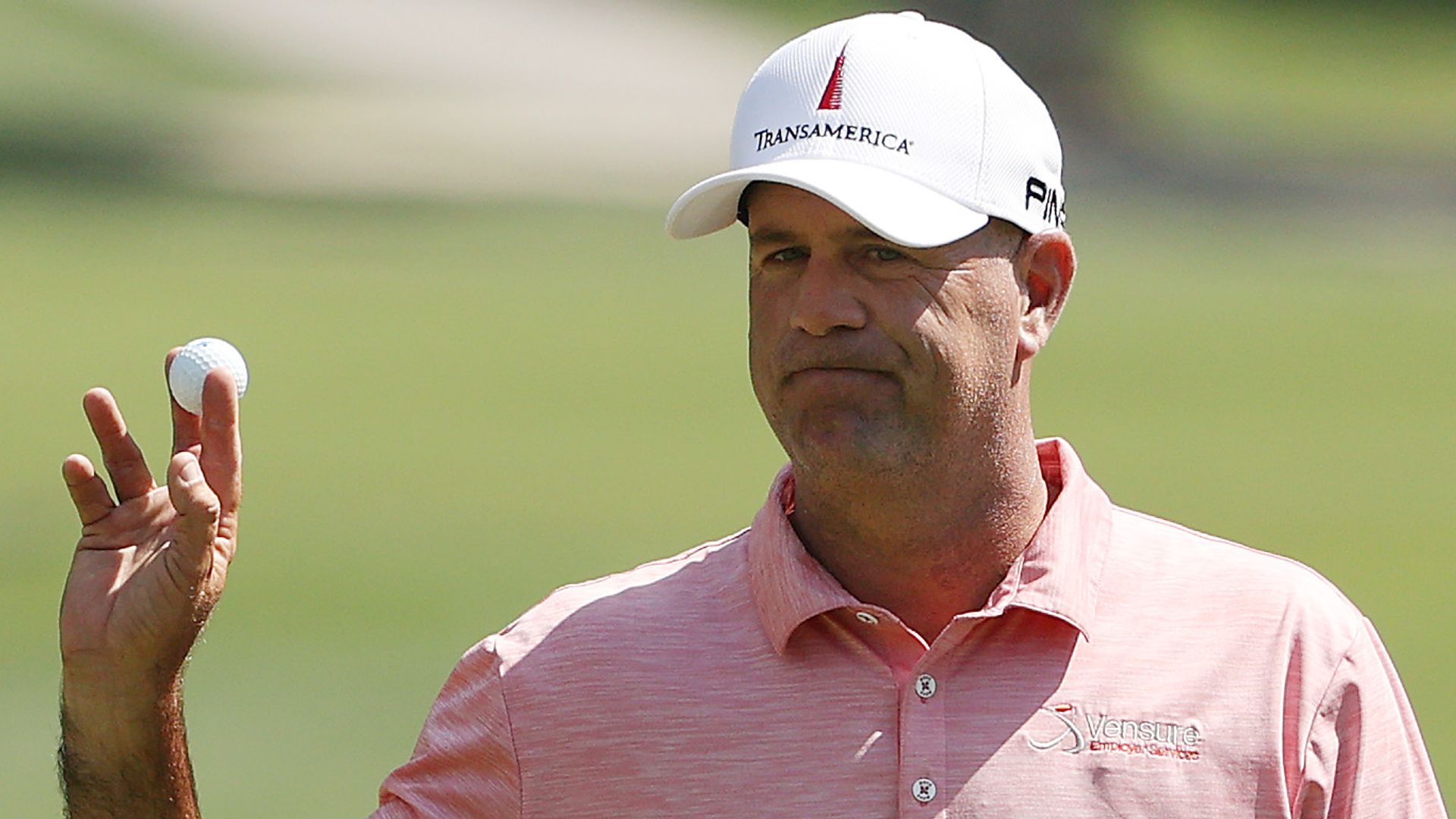 The former major champion posted a third-round 69 to move to 18 under and retain a five-shot lead at the RBC Heritage; Watch the final round live on Sunday from 5pm on Sky Sports Golf

Stewart Cink took full command of the RBC Heritage after retaining a five-shot advantage heading into the final round in South Carolina.

The former major champion broke the tournament’s 54-hole record by posting a two-under 69 and moving to 18 under, ensuring a commanding lead over closest challenger Collin Morikawa.

Starting the day with a five-shot lead, Cink bounced back from missing a five-footer to save par at the third by holing a 25-footer at the next and then got up and down from a greenside bunker to birdie the par-five fifth.

Cink squandered several birdie opportunities around the turn but converted from ten feet at the 14th to extend his lead to six, only to waste a putt from inside four feet at the par-five next.

The 47-year-old posted pars over his final three holes to break the tournament’s 54-hole record, set by Justin Leonard in 2002, while PGA Champion Morikawa birdied four of his last six holes to post a four-under 67.

“I’ve got to put some pressure on him at the beginning,” Morikawa said. “If I go out and shoot even par like I did on the front nine today, it’s not going to get the job done no matter how many birdies I make on the back. I’m going to probably need a little help from him [Cink].”

Morikawa sits on 13 under ahead of Grillo, who mixed four birdies with two bogeys in a two-under 69, while Matt Wallace lies seven strokes back in tied-fourth with Sungjae Im. Webb Simpson – who carded a round-of-the-day 64 – is on 10 under alongside Matt Fitzpatrick, Harold Varner III and Corey Conners.

Who will win the RBC Heritage? Watch the final round live on Sunday from 5pm on Sky Sports Golf.