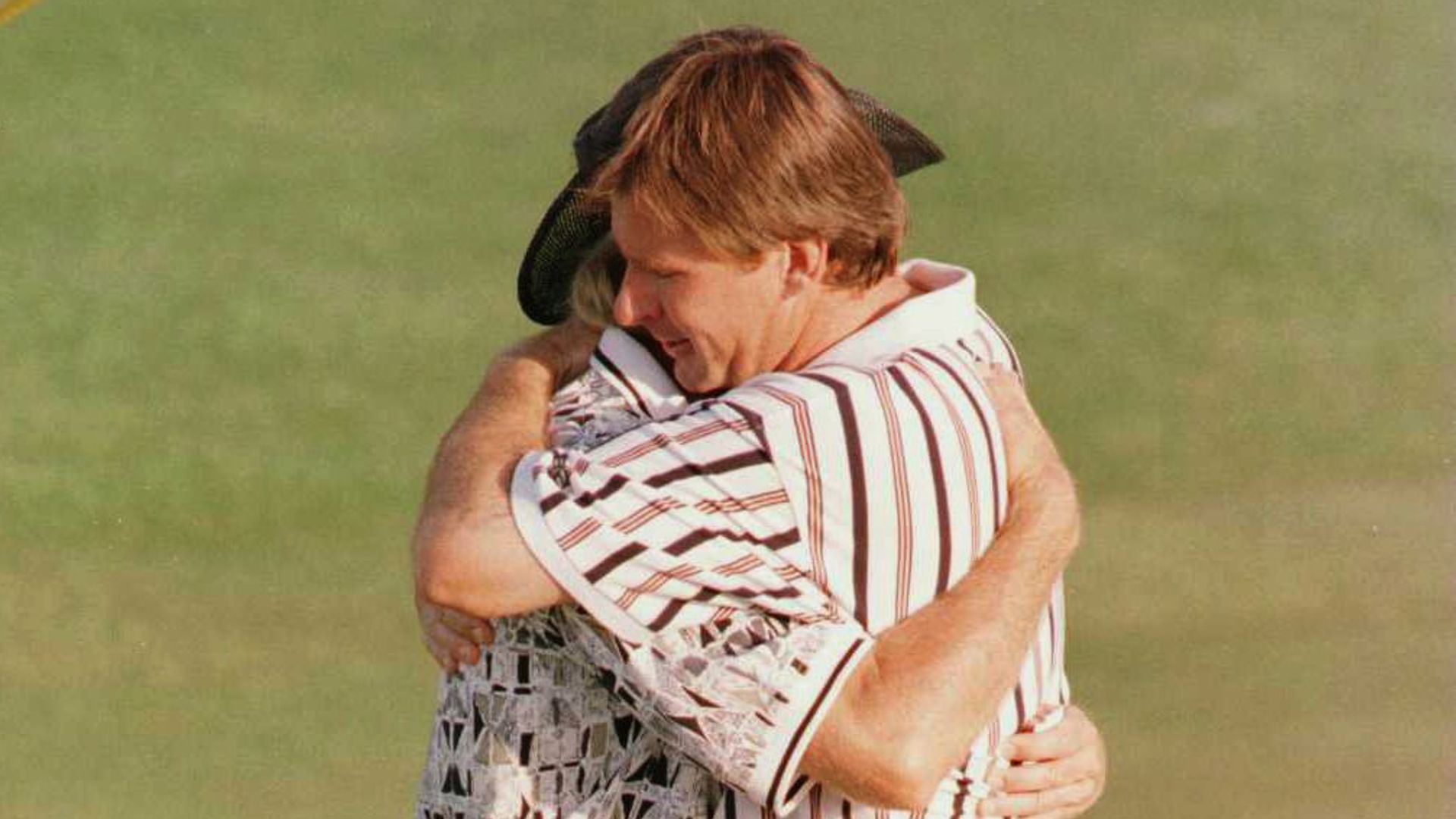 A hat-trick of Masters titles looked unlikely as Nick Faldo started the final round six shots behind Greg Norman in 1996, but the Australian crumbled under huge pressure from the English maestro; watch the 2021 Masters live on Sky Sports The Masters from Thursday

With three days to go to this year’s Masters, we reflect on Nick Faldo’s incredible third victory, coming from six shots behind to beat Greg Norman in 1996.

Norman was so often the ‘nearly man’ in major championships throughout his career, with his two Open wins a poor return for a man who spent 331 weeks as world No 1 – second only to Tiger Woods.

But, 25 years ago, he looked primed to become the first Australian to don a Green Jacket after three excellent days at Augusta National, starting with a record-equalling 63 in which he birdied five of the last seven holes.

Norman added a 69 to lead Faldo by four at the halfway stage, an advantage he stretched to six shots after a 71 in tough conditions on day three, with the Englishman scrambling hard to post a creditable 73.

Many predicted a final-day procession for Norman, but he bogeyed the opening hole and saw his lead reduced to four when he could not match Faldo’s birdie at the sixth.

A Faldo birdie at eight followed by Norman’s third bogey of the outward half at the ninth sent the long-time rivals into the back nine separated by just two strokes. Three holes later, Faldo was two shots ahead.

Norman bogeyed 10 and 11 and then found water with his tee shot at the 12th, resulting in a double-bogey five, while Faldo’s run of four pars was good enough to take him from three behind into the outright lead.

The Aussie regrouped, but Faldo was a relentless front-runner and set up a crucial birdie at 13 with a sublime long-iron to the heart of the green, and he also matched Norman’s birdie at 15 to stay two ahead with three to play.

It was all over when Norman rinsed another ball at the 16th, and Faldo rubbed salt into the wounds with a closing 20-foot putt for birdie at the last which capped a 67, with Norman signing for a 78 to finish five behind.

Click on the video above to look back at Faldo’s winning moment, and his words of condolence to Norman on the 18th green!

Watch The Masters exclusively live on Sky Sports’ dedicated channel – Sky Sports The Masters. Live coverage from the opening round begins on Thursday from 2pm.