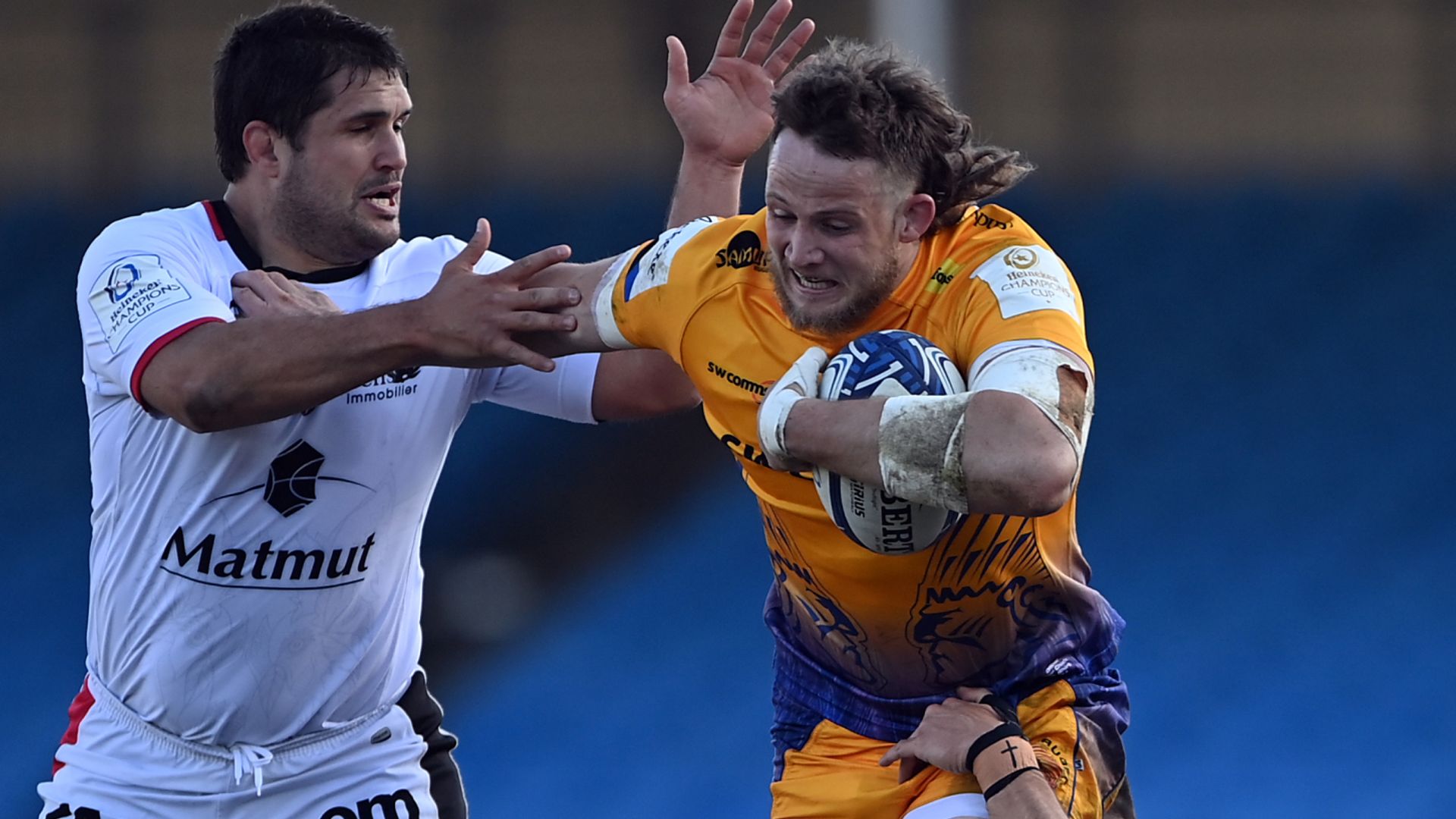 Jonny Hill was man of the match as Exeter eased past Lyon, while Keith Earls is hitting try-scoring form at the right time; can Tom Curry convince Warren Gatland he is the man to wear the British and Irish Lions’ No 7 jersey? Is Chris Harris the answer at outside centre?

Exeter put in a fairly disjointed display despite their comfortable victory over Lyon, but it was nothing unpolished about the performance from man of the match Jonny Hill.

The England lock scored twice in the Chiefs’ win, and made 11 carries and eight tackles as well as stealing an opposition lineout at Sandy Park.

Hill made his Test debut in the rearranged Six Nations game against Italy in October, and after missing the Autumn Nations Cup game against Georgia the following week, he has featured in every England game since.

England’s second-row options when all are fully fit makes for good reading for Eddie Jones, and Hill is a good example of why competition for places is so important.

Could Keith Earls be on track for the rare accolade of twice touring a country with the British and Irish Lions 12 years apart?

The 33-year-old had two caps under his belt when he toured South Africa in 2009, and now has amassed 93 appearances on the international stage.

He showed in this year’s Six Nations that he is in some of the best form of his career – his running line to score against England just one example – and he scored twice against Toulouse over the weekend to keep his name in the mix as Gatland decides which backs will take on Cheslin Kolbe and Earls’ Munster team-mate Damian de Allende.

Though players don’t tend to enjoy being seen as utility backs rather than established starters, the fact that Earls can play in midfield as well as out wide puts him in good stead for a place on the plane to South Africa.

Tom Curry has established himself as one of England’s mainstays in the Eddie Jones era.

The loose forward made his Test debut in June 2017 when England toured Argentina at the same time as the Lions tour of New Zealand. He was five days short of his 19th birthday when he took the field in San Juan, and now has 33 caps to his name.

Curry’s form is indisputable, but openside flanker is the position in which Gatland has arguably the biggest selection headache. Alongside England team-mate Sam Underhill there’s also Wales’ Justin Tipuric and Josh Navidi and Six Nations player of the tournament Hamish Watson in the mix.

Curry put in a big performance as Sale thrashed Scarlets over the weekend – his 14 carries was top of the Sharks’ standings in that department, and his 10 tackles was behind only AJ MacGinty – but the argument over who will wear the No 7 jersey in the Tests against the Springboks is still far from over.

Outside centre is an interesting one for Gatland, given Jonathan Davies is in contention for his third tour and is likely to be the man to wear the No 13 jersey, though George North looked back to his best in that position for Wales in the Six Nations.

England are struggling to settle on their first-choice midfield, though Owen Farrell and Henry Slade started in three of the five games of this year’s Championship, while Garry Ringrose showed glimpses of the fireworks that earned him an Ireland call-up at the tender age of 21 in 2016.

Chris Harris, though, looks like the most solid option for Gatland right now. The 30-year-old spearheaded the Scottish defence in a Six Nations in which they conceded only 91 points – just three more than Ireland who conceded the fewest of the tournament.

It was a losing cause for Gloucester at Kingsholm on Friday night, but one in which Harris put in 12 tackles and forced two turnovers to showcase his credentials in a bid for a Lions spot later this year.