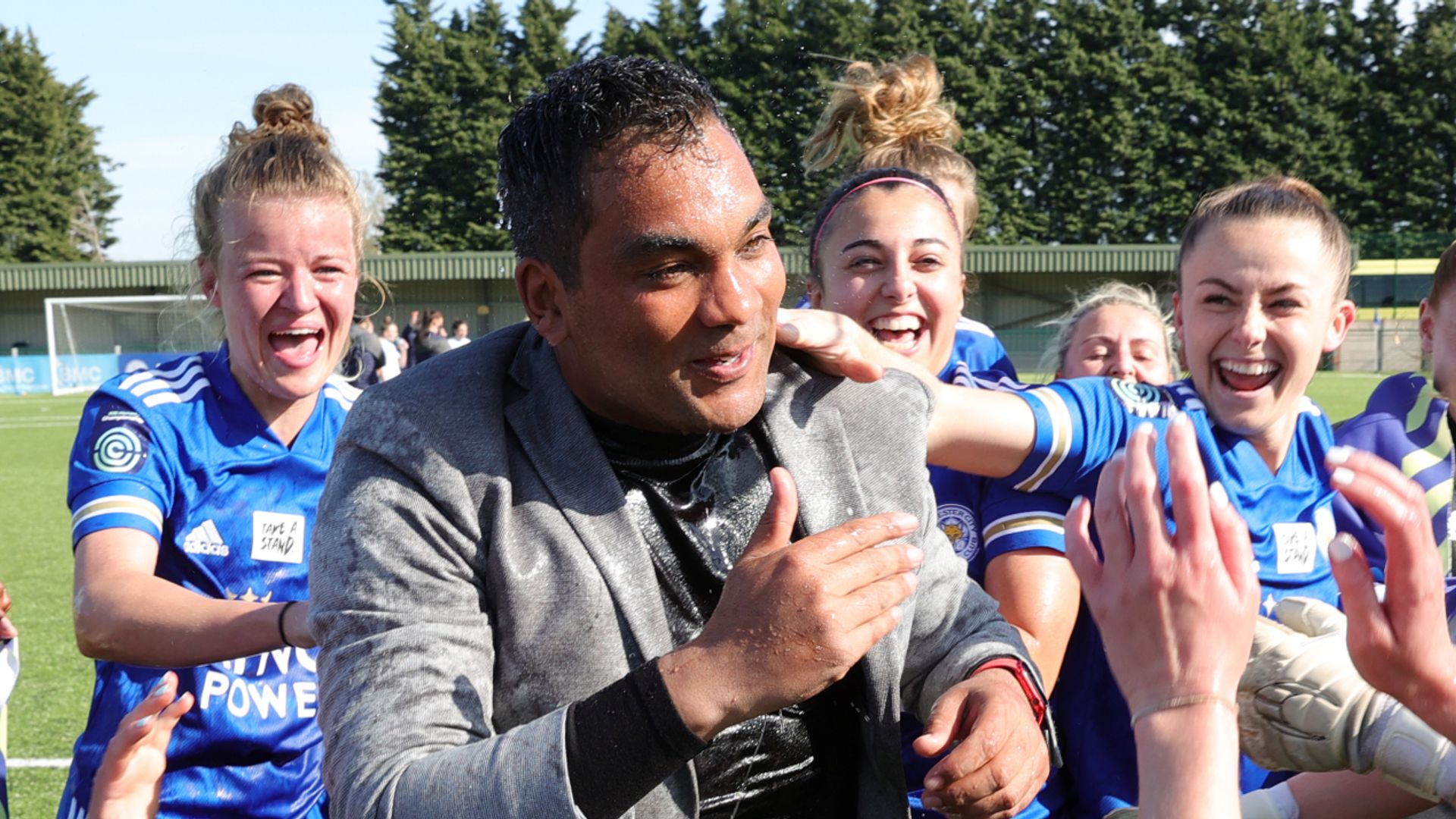 Leicester City Women manager Jonathan Morgan says it is “a dream come true” to win promotion to the WSL and be part of Sky Sports’ new deal covering the top flight.

The result confirmed the Foxes as winners of the FA Women’s Championship with two games to spare. Sky Sports will show at least 35 Women’s Super League games exclusively live per season in a three year-deal from September and Morgan cannot wait for his side to be involved.

“It’s a fantastic thing for the women’s game and for female sports in general to be honest,” he told Sky Sports News.

“The girls are obviously very excited to be able to be a part of this and to go to the next level is something not many of us have dreamed of and we didn’t see that.

“It was a big, big possibility for us but no one ever believed we would get there so soon especially within our first year of becoming professional. With that coinciding with the Sky deal is like a dream come true for myself and all the players and we’re just now really excited to get going in the next chapter of our journey.”

Leicester Women’s success has been a family affair for Morgan whose sister Holly is the captain while another sister, Jade, is the general manager. Father Rohan was chairman and is now part of the women’s board.

“Over the years, it’s made some very interesting dinner time conversations but the good thing about it is that we’ve been able to separate football and home life,” he added.

“Holly has been fantastic as a player and she’s a massive servant to the club. She does so much behind the scenes for us, not just for myself but also for all the players as well.

“Jade and I are like apples and oranges, we’re completely different but she keep us on the straight and narrow and keeps us looking in the right direction.

“It’s been a fantastic feeling that I’ve been able to share this with my family, not many people get the opportunity to share success with people you love and I’m so grateful they’ve been on this journey with me.”

Sky Sports has announced a three-year deal with the FA to become the primary broadcaster of the Barclays Women’s Super League from September 2021.

As one of the most competitive leagues, with some of the most famous names and teams in the world, the WSL will be one of Sky Sports’ flagship offerings.

The deal will see Sky Sports show at least 35 games exclusively live per season and further strengthens the broadcaster’s commitment to women’s sport.