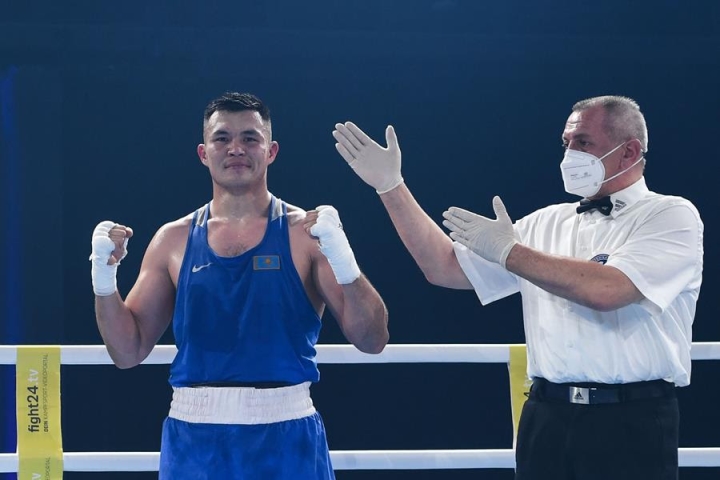 ‘I am excited to become an Ambassador of the AIBA Youth Men’s and Women’s World Boxing Championships and promote the tournament worldwide. Elite boxing starts from the grassroots, and it is crucial to support our young generation. I am going to visit Kielce for the finals, and there I expect to see exciting fights. I wish all the teams good luck at the Championships,’ Kunkabaev claimed.

The Kazakh boxer was born in the city of Kyzyl-Orda on the 18th of November 1991 and began boxing at the age of 14. Ivan Dychko was the No.1 Kazakh super heavyweight (+91kg) boxer between 2010 and 2016, therefore, Kunkabayev had to move ahead in the national ranking step by step to manage to involve himself in the main team.

His time in the national team came after the Rio Olympic Games but until that he collected a huge number of international competitions medals between 2010 and 2016. He became Military World Champion in 2014 and claimed a silver medal in the World Military Games one year later besides his duties in the World Series of Boxing.

Following his gold medal at the Chemistry Cup in Germany, he achieved silver at the Tashkent 2017 ASBC Asian Boxing Championships where he lost to only Uzbekistan’s Bakhodir Jalolov. On their rematch at the Hamburg 2017 AIBA World Boxing Championships, Kunkabayev eliminated the Uzbek giant in the first preliminary round and claimed a silver medal at the event.

Kunkabayev returned to the World Series of Boxing after 15 months of a break to serve Astana Arlans Kazakhstan in the semi-finals of Season VIII in May 2018. The 26-year-old super heavyweight boxer defeated Uzbekistan’s star Bakhodir Jalolov in one of his last WSB appearances and continued his winning path against England’s Solomon Dacres.

Bangkok hosted the 2019 edition of the ASBC Asian Elite Boxing Championships where Kunkabayev was one of the favorites in his weight category. He defeated three strong rivals before Uzbekistan’s Bakhodir Jalolov stopped him in an exciting and narrow final in Thailand’s capital.

Kunkabayev also defeated three strong opponents, one of them by knockout, at the Ekaterinburg 2019 AIBA World Boxing Championships during his road to the final. The Kazakh boxer achieved his next world silver medal in Russia and his Uzbek opponent stopped him once again. Kunkabayev has qualified for the Tokyo Olympic Games through the Asian & Oceanian Olympic Boxing Qualifying Event in Amman, Jordan which took place in March 2020.

Kamshybek Kunkabayev was a part of the Kazakh national team which attended the Cologne Boxing World Cup in Germany in March 2021. It was his latest appearance on the international stage until today. He defeated all of his rivals in Cologne and joined the finals in the super heavyweight (+91kg) where his last opponent was France’s European Games silver medallist Mourad Aliev. The smaller Kunkabayev moved ahead, landed strong jabs and returned to the international boxing events with a gold medal.