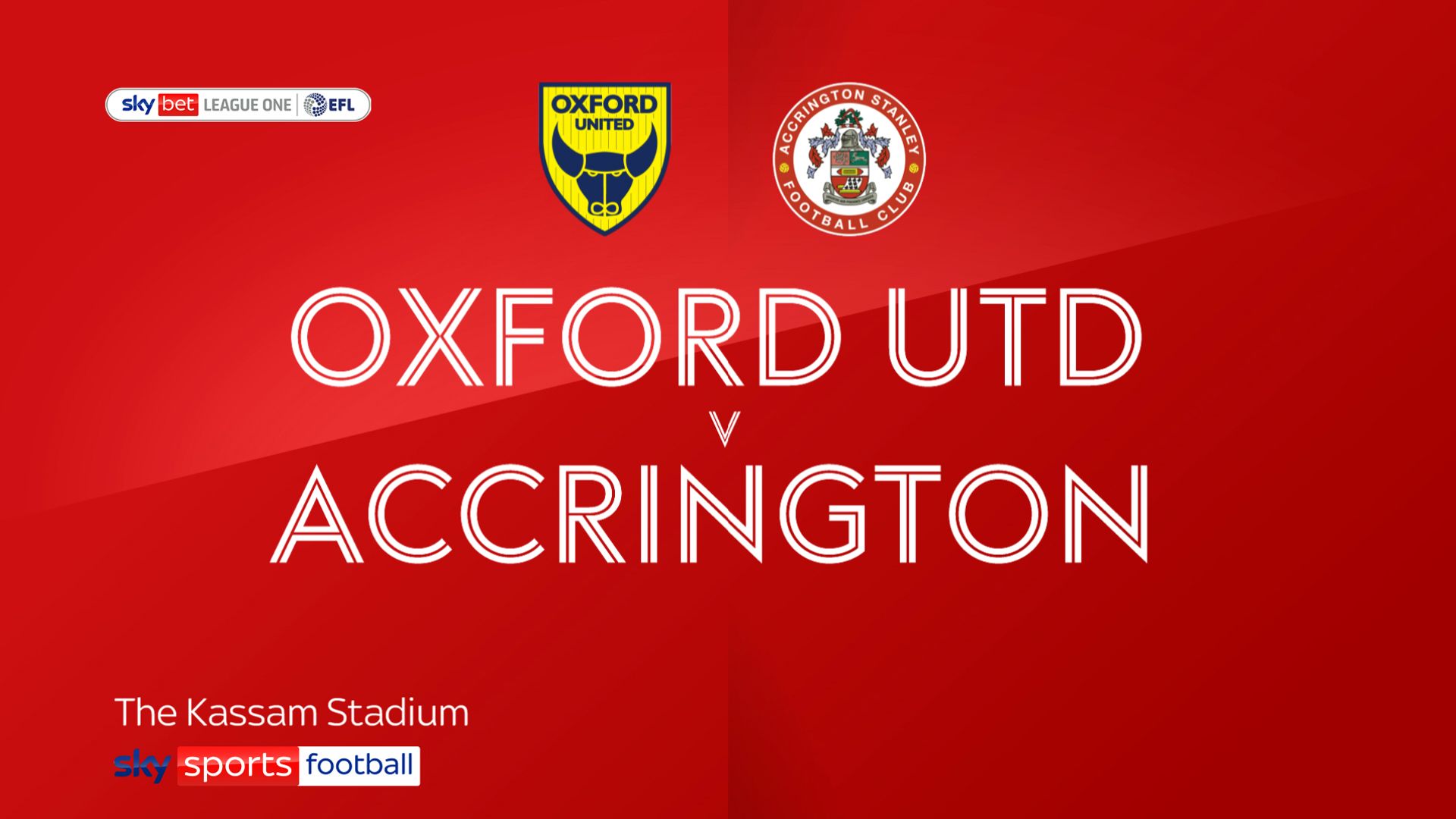 Nottingham controlled a clearance with a fine first touch then hammered in a half-volley from 10 yards to bring Stanley a vital win for their faint hopes of reaching the play-offs, and all but ending Oxford’s.

Accrington thought they should have had a goal when Dion Charles looked to have stabbed the ball over the line at a corner, but it was not given.

However, John Coleman’s men went in front from their next attack, on 16 minutes, when on-loan QPR forward Paul Smyth fired high into the net from 15 yards.

Jack Stevens’ smart double save kept the U’s level as he turned Sean McConville’s free-kick onto a post then smartly saved a follow-up shot.

At the other end Toby Savin saved well from Lee and Olamide Shodipo before Nottingham popped up with the winner.