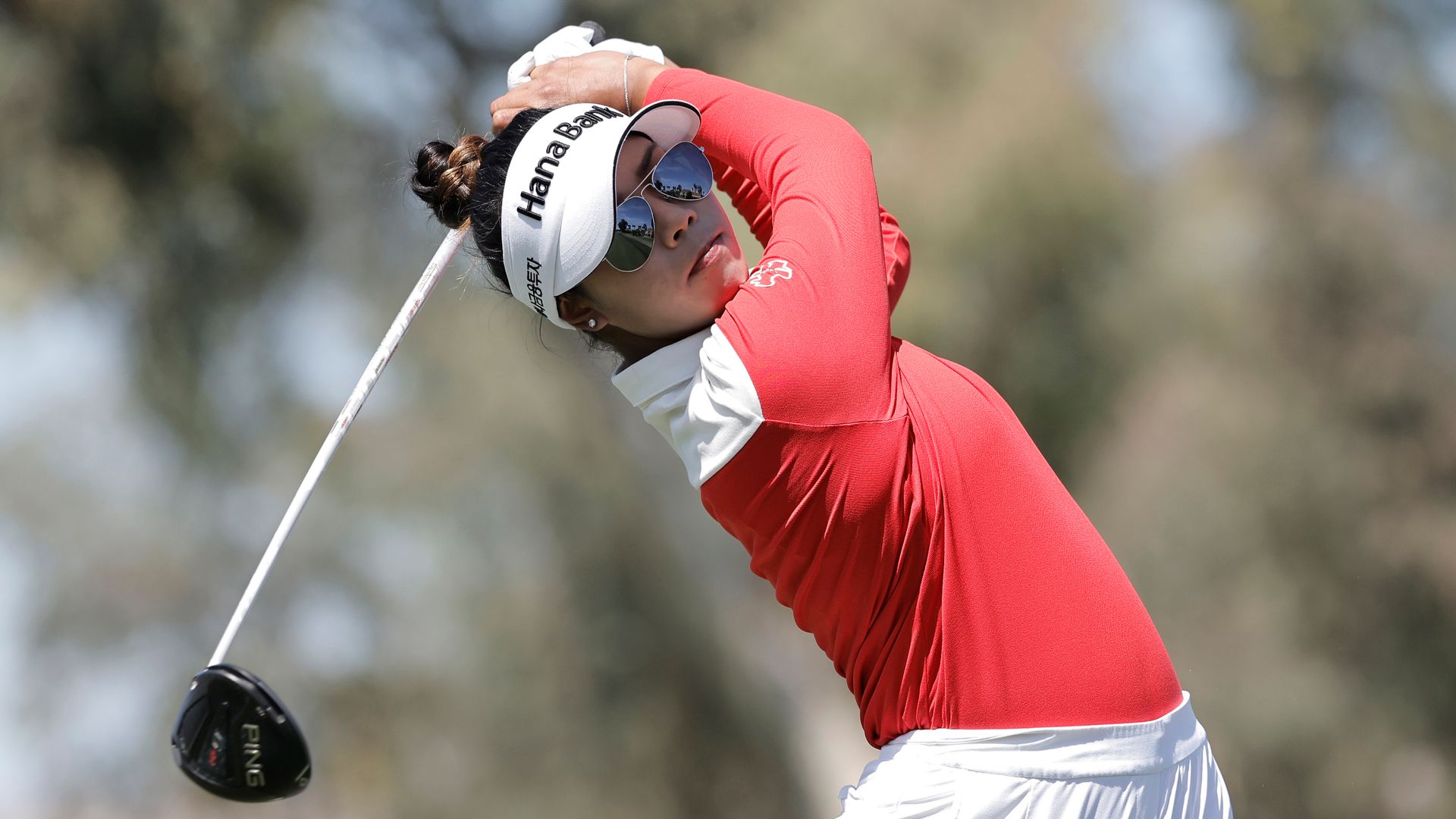 Patty Tavatanakit on 14 under after 54 holes in first women’s major of the year; Ally Ewing and Mirim Lee head the chasing pack with England’s Charley Hull seven off the lead; watch the final round of the ANA Inspiration live on Sky Sports Golf from 11pm on Sunday

Thailand’s Patty Tavatanakit produced an impressive display of golf with a five-under 67 in the third round of the ANA Inspiration to storm five shots clear at the top of the leaderboard.

The 21-year-old, who is seeking her maiden LPGA Tour win in the opening major of the year, started the day with a one-shot advantage at Mission Hills Country Club.

But she quickly put daylight between herself and the rest of the field with birdies at the opening three holes before adding further gains at the ninth and 11th.

Tavatanakit’s first bogey came at the par-four 12th but she put that behind her with birdies at the 13th and 15th, although she slipped up again with another bogey at the par-three 17th after finding a greenside bunker.

There was then almost a disastrous finish when her third shot at the par-five 18th was just inches short of spinning back into the water, but it remained dry and she managed to get up-and-down from there to finish on 14-under 202 after 54 holes.

American Ally Ewing went one better than Tavatanakit with a flawless six-under 66, which featured six birdies, to head the chasing pack on nine under alongside defending champion Mirim Lee of South Korea, whose 68 included two birdie hat-tricks from the second and 14th.

China’s Shanshan Feng, who was one off the lead overnight, could only manage a level-par 72 to remain on eight under, while England’s Charley Hull shares fifth place with Inbee Park (70).

Hull’s challenge was derailed early on with a triple-bogey seven at the third, but she also managed to make five birdies over the first 11 holes before a bogey at the last left her with a 71.

Georgia Hall was a shot worse than her compatriot at the 18th with her double-bogey seven following four earlier bogeys as she signed for a 77 to tumble back to level-par.

Mel Reid (70) and Ireland’s Leona Maguire (74) are both on two under, with Stephanie Meadow of Northern Ireland (71) on one under.