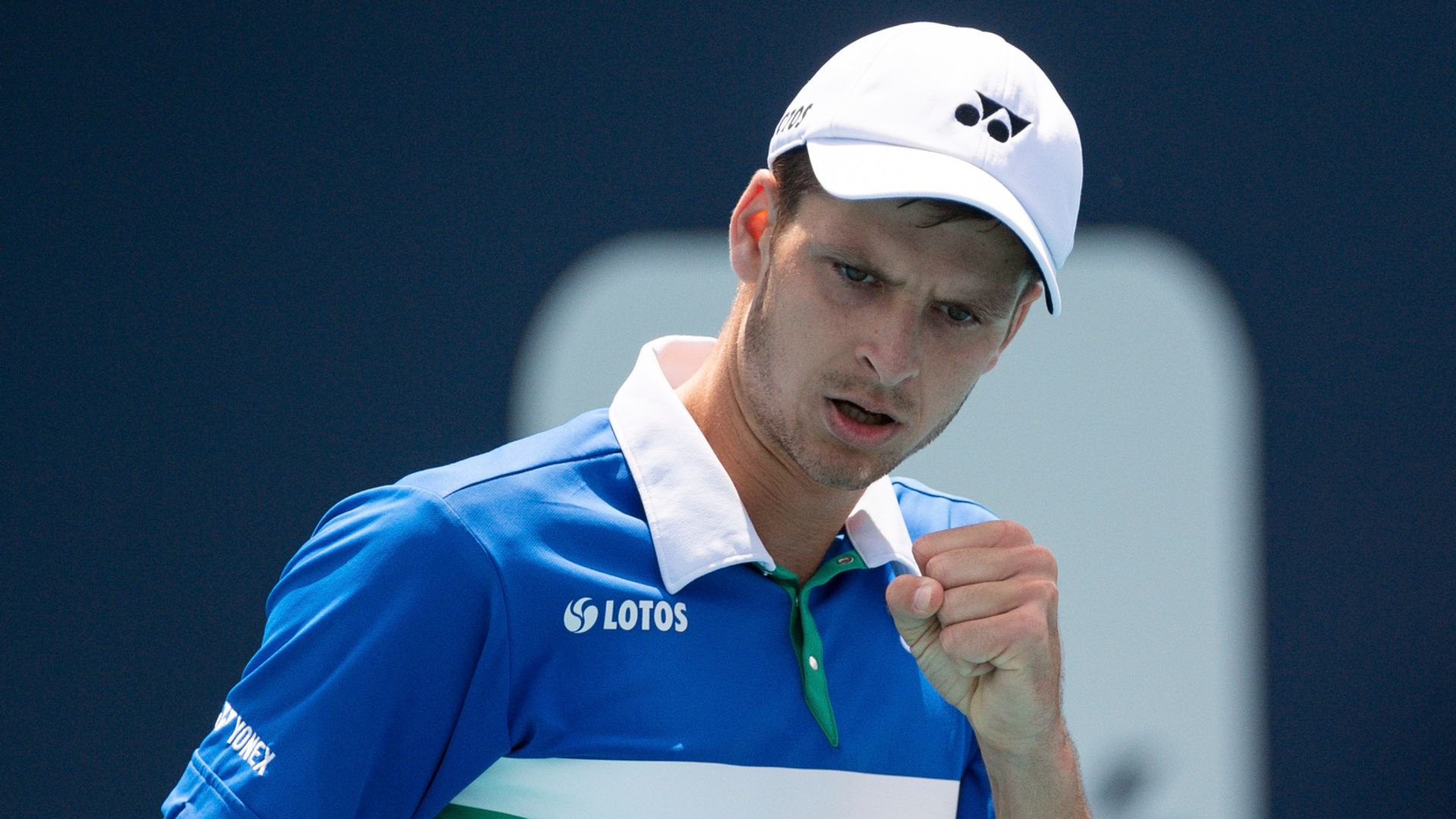 Poland’s Hubert Hurkacz made it a perfect 10-0 in Florida as he added his maiden Masters 1000 title at the Miami Open with victory over teenager Jannik Sinner to the Delray Beach Open crown he won in January.

Hurkacz, the first Polish singles player to win one of the ATP’s top level of events, continued his brilliant week by beating 19-year-old Italian Sinner 7-6 (7-4) 6-4.

“Last year I spent here almost half a year,” Hurkacz said in an on-court interview. “I was practising in the hottest weather during the spring and summer here, so I think that helped me a lot playing now in Florida, especially in these pretty tough conditions here, because it was a little bit slow here. The wind was blowing from side to side sometimes, so it’s huge.”

With Novak Djokovic, Rafael Nadal and Roger Federer all skipping the tournament, the stage was set for an unexpected champion, and so it proved.

Hurkacz made the better start, winning the first three games, but Sinner responded with a run of three games of his own to draw level.

The prodigiously talented teenager was the youngest Masters finalist since Rafael Nadal and, after withstanding more pressure from Hurkacz, he broke the Pole’s serve at 5-5.

He was unable to serve out the set, though, and it was Hurkacz who stepped up to take it on a tie-break.

The Pole was flawless at the start of the second set, reeling off four games in a row, but he became a little tight in sight of the finish line and Sinner clawed his way back to 3-4.

By defeating Jannik Sinner at the Miami Open Hubert Hurkacz at No 37 becomes the lowest ranked player to win an ATP Tour Masters 1000 tournament since Tomas Berdych at the 2005 Paris Masters.

The teenager was looking weary, though, and Hurkacz managed to keep his nerves at bay to make it across the finish line.

“The balls felt slow when I went to serve,” Hurkacz said of the final game. “Obviously a tough point. You really want to get a couple of free points and Jannik’s an amazing returner. It was a tough game.”

He will climb from 37 in the world rankings to a career-high of 16 on Monday, while Sinner will move up nine spots to No 22.