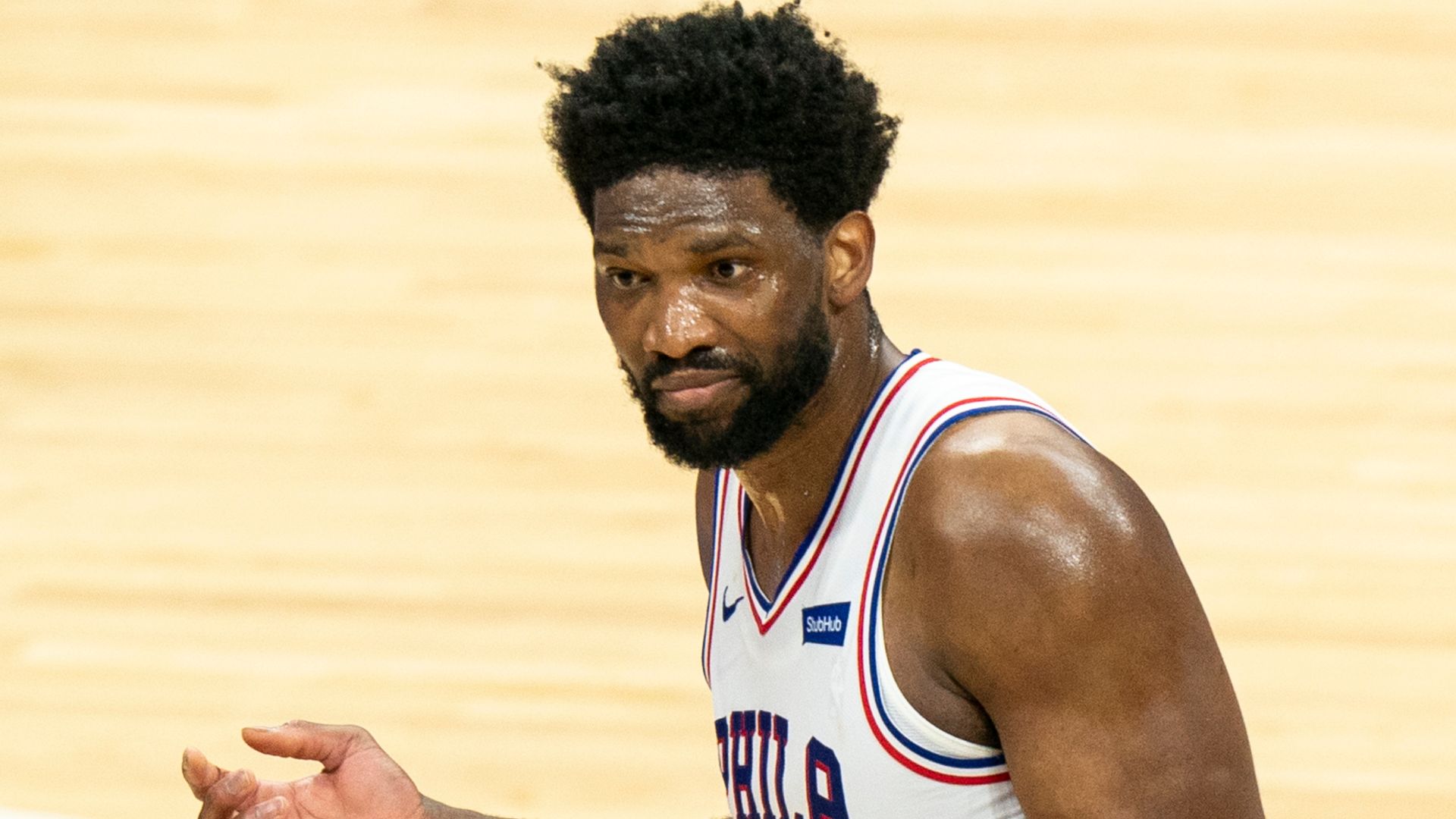 Joel Embiid returned from a 10-game absence to lift the Philadelphia 76ers to a 122-113 victory over the Minnesota Timberwolves on Saturday.

Tobias Harris scored 32 points and Embiid added 24, including eight rebounds and three blocks in his first game since sustaining a bone bruise in his left knee during Philadelphia’s win over the Washington Wizards on March 12.

Shake Milton and Ben Simmons each had 14 points and Seth Curry chipped in 13 for the 76ers, who have won 12 of their last 15 games.

Karl-Anthony Towns recorded 39 points and 14 rebounds before fouling out for the tumbling Timberwolves, who have dropped seven of their last nine games.

Jrue Holiday turned a short jumper into a three-point play with 1:32 to go, then added a driving hoop 33 seconds later, allowing the visiting Bucks to stall a Kings rally and pull out a stunning victory without MVP candidate Giannis Antetokounmpo.

Holiday’s personal five-point flurry capped a season-best, 33-point night for the Bucks, who improved to 3-1 without Antetokounmpo this season after he was given the night off to rest a sore left knee.

Brook Lopez added 26 points, Bobby Portis 18 and Khris Middleton 16 for the Bucks, who out-shot the Kings 53.8 per cent to 49.5 per cent. DiVincenzo complemented a game-high 14 rebounds with 12 points.

Buddy Hield finished with 19 points, Richaun Holmes had 12 to go with a team-high nine rebounds, and Tyrese Haliburton 12 to complete a double-double with a team-high 11 assists in the loss.

Donovan Mitchell scored 22 points as he led the Utah Jazz’s 3-point barrage with six deep shots in an emphatic win over the short-handed Magic in Salt Lake City.

Joe Ingles and Bojan Bogdanovic each scored 17 points, while Jordan Clarkson threw in 15 off the bench as the Jazz won their ninth straight overall and 22nd in a row at home.

Utah set an NBA record with 18 3-pointers in the first half, surpassing the 2018 Golden State Warriors (17). The Jazz finished hitting 26 of 55 from beyond the arc.

T.J. McConnell canned a jumper with the shot clock running out with 17.8 seconds to play in overtime as part of his 18-point performance as the visiting Pacers outlasted the Spurs to snap a three-game losing streak.

Caris LeVert led the Pacers with 26 points, with Turner and Aaron Holiday adding 18 each, Edmond Sumner scoring 15, and Doug McDermott and Justin Holiday hitting for 10 points each.

DeRozan had 25 points for San Antonio, who have lost two straight and seven of their past nine games.

Luka Doncic finished with 26 points, Jalen Brunson came off the bench to score 19 as the Mavericks wrapped up a five-game road swing with their fourth straight win in a defeat of the Wizards in D.C.

Washington’s scoring struggles resulted in an end to Russell Westbrook’s streak with four consecutive triple-doubles. He finished with 26 points, 14 rebounds and five assists, all team-highs, but had limited scoring help.

Boban Marjanovic stepped into the starting line-up and delivered 15 points, 12 rebounds and clogged the paint defensively.

All five Mavericks starters scored in double-figures, including Tim Hardaway Jr. with 16 points. He made consecutive 3-pointers in the fourth quarter that extended the Dallas lead to 19 points and effectively quashed Washington’s comeback efforts.

Julius Randle poured in 29 points and grabbed eight rebounds and the Knicks built a 26-point, first-quarter lead before cruising to victory over hosts Detroit.

Reggie Bullock fired in 22 points, including six 3-pointers, as the Knicks snapped a three-game losing streak and completed a three-game sweep of the season series.

RJ Barrett had 14 points, Immanuel Quickley tossed in 12 and Elfrid Payton contributed 11 with nine assists. Taj Gibson also scored 11 points for the Knicks, who led by as many as 47 points.

Damian Lillard added 16 points in 25 minutes as the Trail Blazers led by as many as 52 points while winning for the eighth time in the past 11 games.

Anfernee Simons scored 16 points, Norman Powell added 15 points and Enes Kanter had 12 points and 17 rebounds for the Trail Blazers, who turned the game into a blowout with a 23-1 spurt in the third quarter.

Kenrich Williams scored 18 points and fellow reserve Tony Bradley contributed 14 points and eight rebounds for Oklahoma City, who lost for the fifth time in the past six games. Darius Miller had 11 points and Moses Brown added 10 points and 14 rebounds.

Bam Adebayo and Duncan Robinson each had 18 points to lead a balanced scoring effort by the Heat in a win over the Cavaliers.

Adebayo, who also had 11 rebounds and five assists, recorded his 24th double-double of the season, while Robinson made at least four 3-pointers for the sixth consecutive game as seven Heat players scored in double-figures to help secure their fourth consecutive victory.

Collin Sexton once again led the Cavaliers, scoring 26 points on 11-for-17 shooting, but he couldn’t prevent his team from suffering their fifth consecutive defeat.