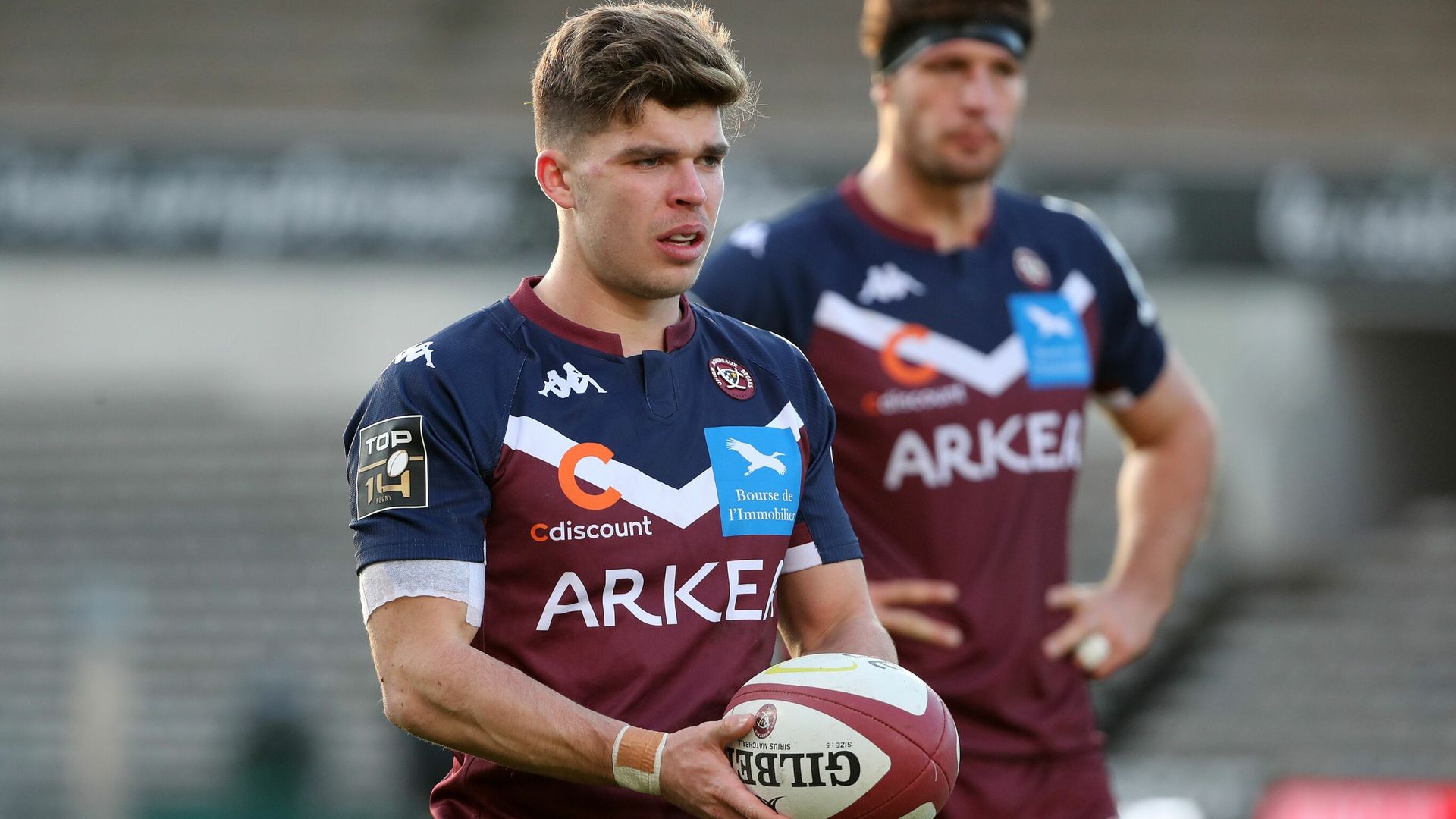 Matthieu Jalibert scored 22 of Bordeaux-Begles’ points as they booked a home tie against Racing 92 in the last eight of the Champions Cup, the first time they have reached the quarter-final stage of the competition

Bordeaux-Begles gained revenge for their extra-time defeat by Bristol in last season’s European Challenge Cup semi-final as they romped into the Champions Cup quarter-finals for the first time with a 36-17 win.

They became the fifth French side to reach the last eight and their prize is a home tie at the weekend against Racing 92, who beat Edinburgh earlier in the day.

Bristol arrived hoping to become the first team to win in Bordeaux this season and to reach the Champions Cup quarter-finals for the first time in their history. They got off to a flying start and opened the scoring within six minutes.

Having picked up a line-out in the home 22 they took the ball off the top and moved it swiftly down their back line, using Charle Piutau and Luke Morahan as dummy runners. Semi Radradra looped around and helped to create an overlap for Henry Purdy to race 15 metres to score.

Callum Sheedy was not able to add the conversion, but the Wales international fly-half then spent the rest of the half trading blows with his French opposite number Matthieu Jalibert in a tense and even first half.

Sheedy kicked three penalties and Jalibert replied with five in a row, the last in the closing minute of the half to edge his team in front 15-14 at the break.

It was Jalibert who continued to carry the fight to the English Premiership leaders in the second half, putting Morahan under all sorts of pressure with a brilliant cross-field kick into the Bears’ 22.

The Aussie wing was caught a metre from his line as he tried to run out of defence and Bordeaux elected to take a scrum. Jalibert took it hard and fast and just made it over the line to touch down for a try he also converted five minutes into the half.

That made Bristol chase the game and it looked as though Purdy had picked up his second try when he barged his way over, only to have the score ruled out by the TMO when he spotted he dropped the ball before touching down.

Bristol cut the gap to five points four minutes later when Sheedy hit the mark again and then the visitors were let off the hook on the hour mark. A silly penalty conceded for lifting a Bordeaux player’s leg at a ruck in the 22 gave Jalibert a regulation shot at goal, but somehow he failed to bisect the posts.

The home side then lost Australia international lock Kane Douglas for diving off his feet at a ruck 13 minutes from the end and he picked up a yellow card after Scottish referee Mike Adamson had earlier issued a team warning for too many penalties.

Bristol went in for the kill, but lost the ball in the home 22 and then paid the price after a long kick downfield as replacement hooker Joseph Dweba charged over for a try that was improved by scrum-half Maxime Lucu.

Bristol skipper Sheedy felt there had been a knock-on by home No 8 Scott Higginbotham, but the TMO could not find one and the try stood. It was not the final nail in the Bears’ coffin because Nan Ducing intercepted near half-way and romped clear for a third home try.