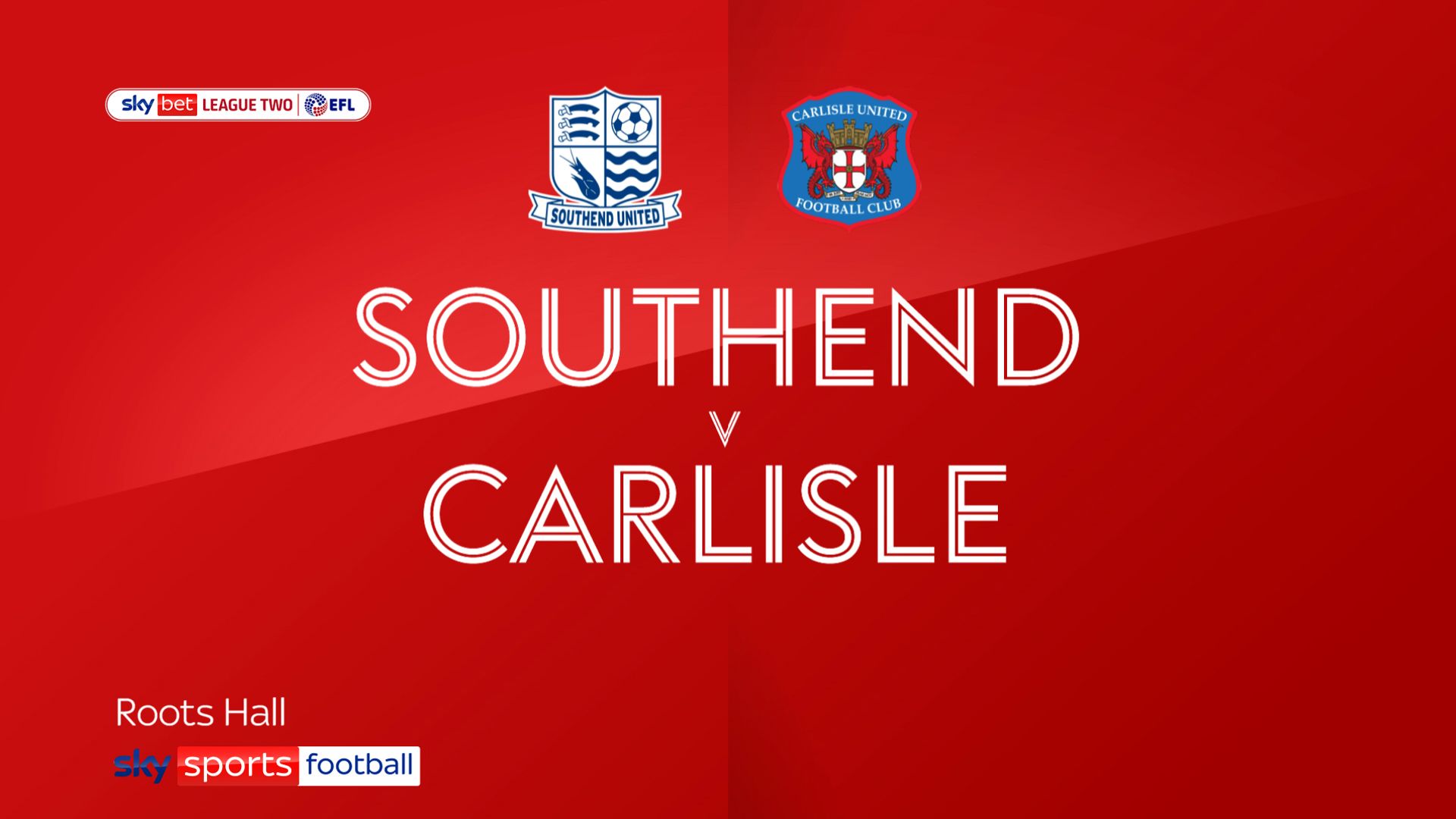 Southend slumped a step nearer to relegation with a 2-0 defeat against play-off hopefuls Carlisle at Roots Hall.

The second-from-bottom Shrimpers remain five points from safety with seven games to go.

And, after Simeon Akinola failed to score from the penalty spot in the first half, Mark Molesley’s side have also gone six home games without a goal.

The visitors opened the scoring in the 17th minute when Offrande Zanzala charged forward and sent a low, 20-yard shot into the bottom left corner of the net.

Southend wasted a golden chance to get back into the game in the 37th minute when Akinola was brought down in the box by Callum Guy.

The Shrimpers rarely threatened after that and, just five minutes after coming on, Gime Toure made sure of the win with an effort from 20 yards 11 minutes from time.