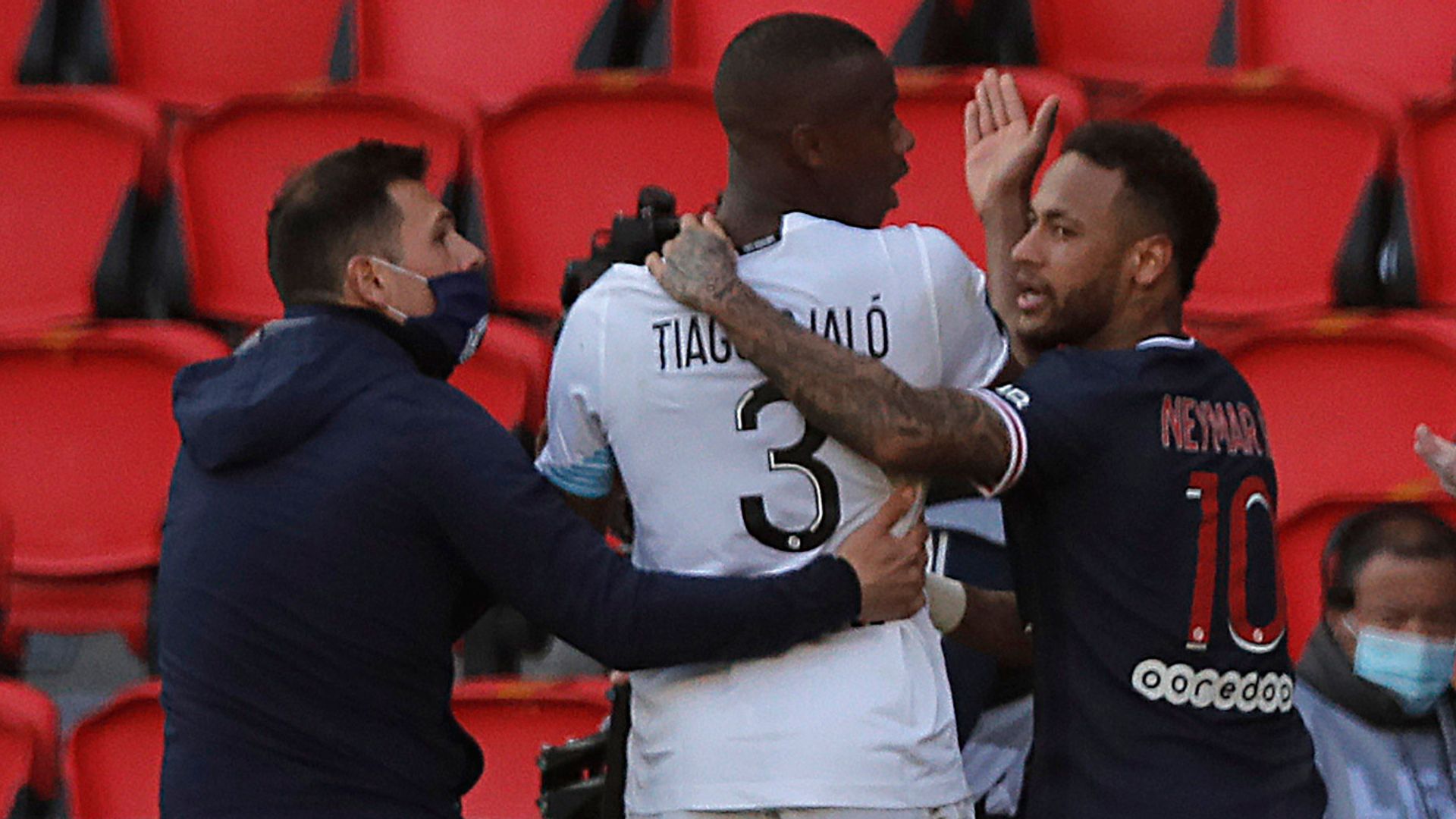 Neymar was sent off on his return from injury as PSG slipped up 1-0 at home to Lille, who surged three points clear at the top of Ligue 1.

Mauricio Pochettino’s side started the afternoon level on points with their title rivals but ran into a supremely organised Lille side who took the lead on 20 minutes through Jonathan David.

Neymar was sent off when he picked up a second yellow card for shoving Tiago Djalo as the clock approached 90 minutes. Djalo was also dismissed during the incident and had to be escorted from the pitch following a foul-mouthed rant at the decision.

Pochettino, who was appointed in January, has now seen his side lose their last three games at home in Ligue 1 as both Monaco and Lille have chances of dethroning the current champions. Monaco moved up to third on 62 points – one point behind PSG – with a 4-0 thrashing of Metz.