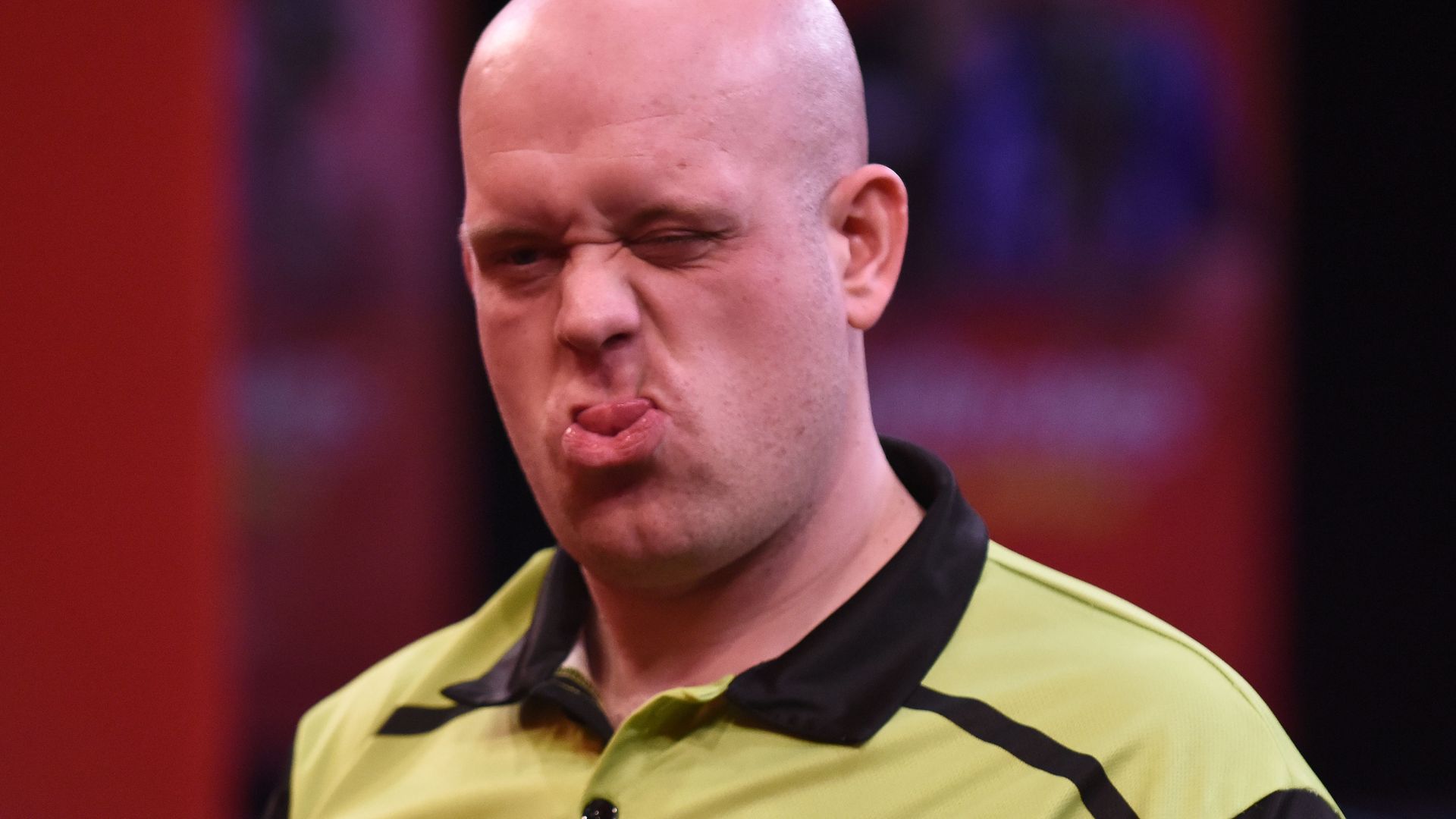 Watch every night of the 2021 Premier League on Sky Sports, starting on April 5 with Glen Durrant, the defending champion, Gerwyn Price and Michael van Gerwen in action along with debutants Jose de Sousa, Dimitri Van den Bergh and Jonny Clayton

Michael van Gerwen claims players are obsessed with him – even when he is not participating at events – as he prepares his bid to redress the balance and claim a record sixth Premier League Darts title.

The Dutchman failed to make the Play-Offs for the first time last year before suffering a stunning World Championship quarter-final whitewash to Dave Chisnall.

His run as world No 1 ended when Gerwyn Price went on to win the title at Alexandra Palace to bring to an end a thoroughly miserable year for his high standards.

Van Gerwen has not made much of an impact in 2021 as yet, having decided to sit out the latest set of Pro Tour events at the Marshall Arena, Milton Keynes. But nevertheless, he remains determined as ever to reclaim his position at the top of the world rankings, ahead of Welshman Price.

Van Gerwen opens his bid to add to his Premier League titles in 2013, 2016, 2017, 2018 and 2019 against Belgian debutant Dimitri Van den Bergh on Monday night before a run of four consecutive nights (April 5-9) behind closed doors in Milton Keynes.

“After the world championship it’s the most important [tournament] I think, but ranking-wise for me if I had to choose, I’d rather win a ranking event,” Van Gerwen told Sky Sports’ Michael Bridge. “I want to be back to number one in the world, it’s as simple as that.”

When asked why players – including Peter Wright – continue to talk about him, even when he’s not playing at an event, he said: “They love to talk about me. No one admits it but they all know and they won’t admit it, and I know for a fact, I’m their biggest threat.

“When I’m 100 per cent on form, they love to talk about me, they love to say little things, but it’s really easy to say that when I’m not there.

“People start to realise I wasn’t there and people are talking about me. It’s quite weird.”

Van Gerwen has been spending time at home in the Netherlands with his wife, Daphne, his three-year-old daughter Zoë, and son Mike, who was born during lockdown in April 2020.

“I took some time off, but I’ve been back on the practice board, but what else can you do at the moment? You have to get used to it [big gaps in the schedule] because this might be like the new normal,” said the 31-year-old.

The opening nine nights will see the 10 players face each other once in the round-robin phase. The bottom two players will be eliminated on Judgement Night.

The second phase will see the remaining eight players play each other once.

The top four in the table will face off in semi-finals and a final on the last night to decide a winner.

Now ‘Mighty Mike’ is preparing to fly back to the UK in time for the start of his Premier League campaign and his main aim of returning to top spot.

He said: “I’ve started the Premier League before with a loss and I went on to win the table, so you can’t say anything. You have to take it day after day and perform your best without any mistakes so I will be exactly the same this year.

“If I’m on form they’re not going to beat me and they know that but no one will admit that, no one. That’s a good thing – that’s a positive thing. I still have a lot of work to do, don’t get me wrong. I still have to invest a lot of time in myself and it’s up to me. I’m the only one who can change that.”