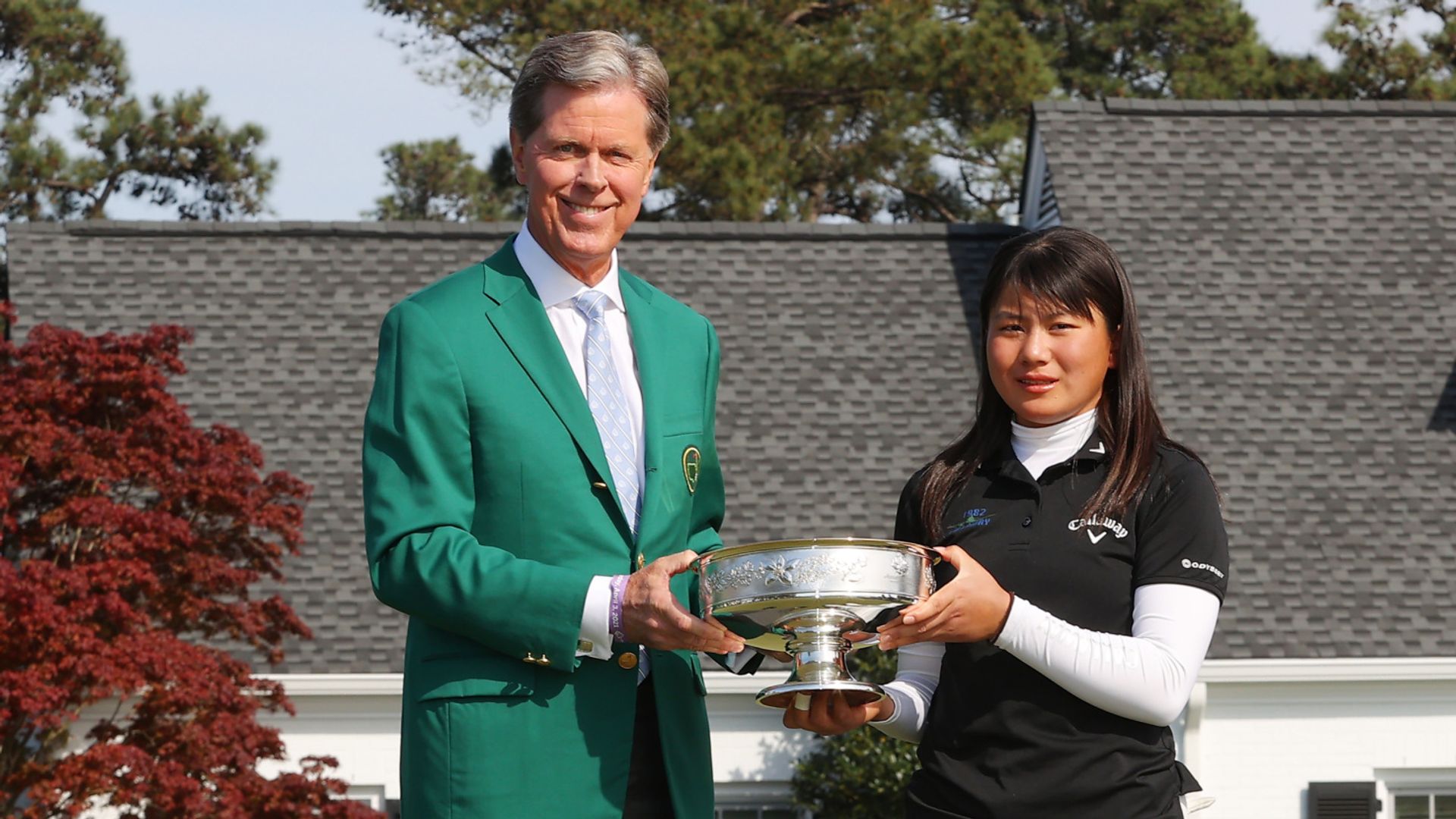 Tsubasa Kajitani and Emilia Migliaccio top leaderboard at Augusta National on one over as Rose Zhang, Ingrid Lindblad, Karen Fredgaard and Olivia Mehaffey miss out on victory; watch The Masters next week live on Sky Sports The Masters

The pair had finished tied on one-over 217 following a dramatic back-nine at Augusta National, but a par proved good enough for Kajitani back at the 18th after Migliaccio failed to clear a greenside bunker with a delicate chip for her third shot as she made a bogey.

Kajitani, who at 17 was the youngest player remaining in the final 30 following the first two rounds at Champions Retreat Golf Club on Wednesday and Thursday, started the day two behind the joint-leaders Rose Zhang and Ingrid Lindblad, while Migliaccio was four off the pace.

Migliaccio, who had her mother Ulrika – a former member of the Swedish national golf team – as her caddie, set the early clubhouse target following a two-under 70 which featured five birdies and three bogeys.

At the time this still left her behind the on-course pace-setters but a chaotic back nine saw them all slip down the leaderboard as the famous closing stretch at Augusta National bared its teeth.

Kajitani, however, looked to be making serene progress as she arrived at the par-four 17th tee with a two-shot advantage, only to come up short of the green with her second shot and then take four to get down from there for a double-bogey.

She overcame that setback, though, to par the 18th – her second shot shaving the hole as it ran back down the slope – and then repeated the trick in the play-off to become the second winner of the event following Jennifer Kupcho in 2019.

Zhang and Lindblad had to settle for a six-way tie for third place on two over after both carding three-over 75s.

Amateur world No 1 Zhang, 17, appeared to be track for victory until a nightmare triple-bogey eight at the 13th – where she found Rae’s Creek with both her first and fourth shots – although she recovered with a birdie at the 14th and then just missed out on the play-off after bogeying the 17th and missing a 15-foot birdie putt at the last.

Swede Lindblad slipped up early on with bogeys at the first and third, but she also spurned chances over the closing holes as she twice three-putted.

Denmark’s Karen Fredgaard topped the leaderboard on two under after a run of four birdies in seven holes from the seventh, but a bogey at the 14th and double-bogey at the 15th after finding water cost her, as did another crucial bogey at the 18th.

American Rachel Heck (72) and Austrian Emma Spitz (71) also bogeyed the 18th as they agonisingly finished on two over, while France’s Pauline Roussin-Bouchard also tied for third after shooting a wild 70 which included seven birdies and five bogeys.

Northern Ireland’s Olivia Mehaffey was another player to get to two under at the top of the leaderboard – nine players had at least a share of the lead during the day – after back-to-back birdies at the seventh and eighth, but she then dropped four shots around the turn, including a double-bogey at the par-three 12th, before another bogey at the 18th gave her a 75 and ninth place on three over.

England’s Annabell Fuller was unable to mount a challenge as a seven-over 79 saw her drop back into a tie for 22nd on 10 over.

Maja Stark of Sweden, who emerged from a play-off on Thursday to claim the 30th and final spot at Augusta National, carded the round of the day, a three-under 69 to finish in a tie for 10th as only five players broke par.

Watch The Masters exclusively live on Sky Sports’ dedicated channel – Sky Sports The Masters. Live coverage from the opening round begins on Thursday, April 8 from 2pm.