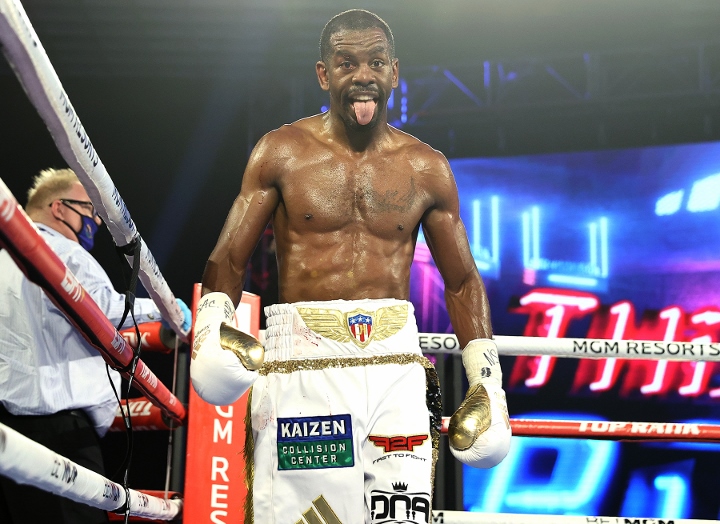 Dubai – For the WBO super featherweight title, Jamel Herring (23-2, 11 KOs) picked up the biggest win of his career when he knocked out Carl Frampton (28-3, 16 KOs) in the sixth round.

A close first with Herring coming forward and pushing Frampton back. Frampton was trying to make it more of an inside fight. Herring was clipping Frampton very often with check hooks when he tried to get inside. In the third, Frampton continued to have problems getting inside and was getting tagged. Frampton was able to have some success to the body in the final minute.

Herring was using his reach well in the fourth. Frampton was able to get inside and was landing good shot, opening up a cut above the right eye of Herring., as they were trading away.

The inside fight continued in the fifth. Both were landing well and then Herring landed a big counter left hand that sent Frampton down. During the sixth, Herring landed a huge uppercut and Frampton went down hard. Frampton beat the count and Herring was battering him with punches until the towel came in from Frampton’s corner.