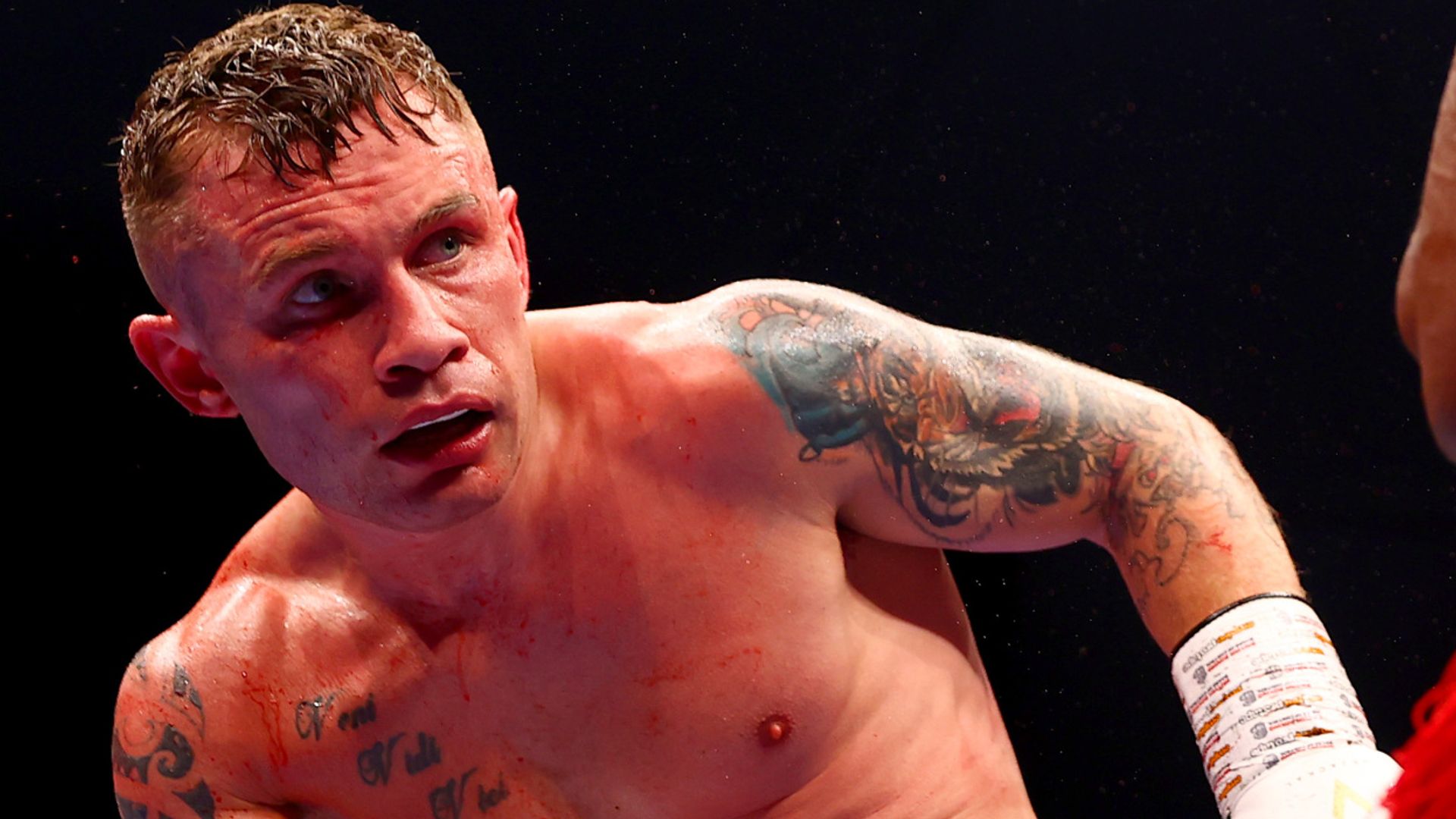 Carl Frampton is to retire from boxing after he was stopped in the sixth round by Jamel Herring of America in Dubai on Saturday night.

But Herring proved too good, knocking Frampton down twice before the latter’s camp threw in the towel.

Herring had a height and reach advantage – and put that to good use early on, landing some solid blows in rounds two and three.

But there was some hope for Frampton when he had far more success in the fourth, and a nasty-looking cut began to open up above Herring’s right eye.

However, Frampton found himself on the canvas in the fifth as he walked onto a powerful straight left from the American.

Frampton appeared undaunted but it was a different story when he was floored by an upper cut in round six.

Herring went on the attack against a reeling opponent and was able to celebrate an impressive performance when Frampton’s corner threw in the towel, ending the Irish fighter’s hugely successful career.