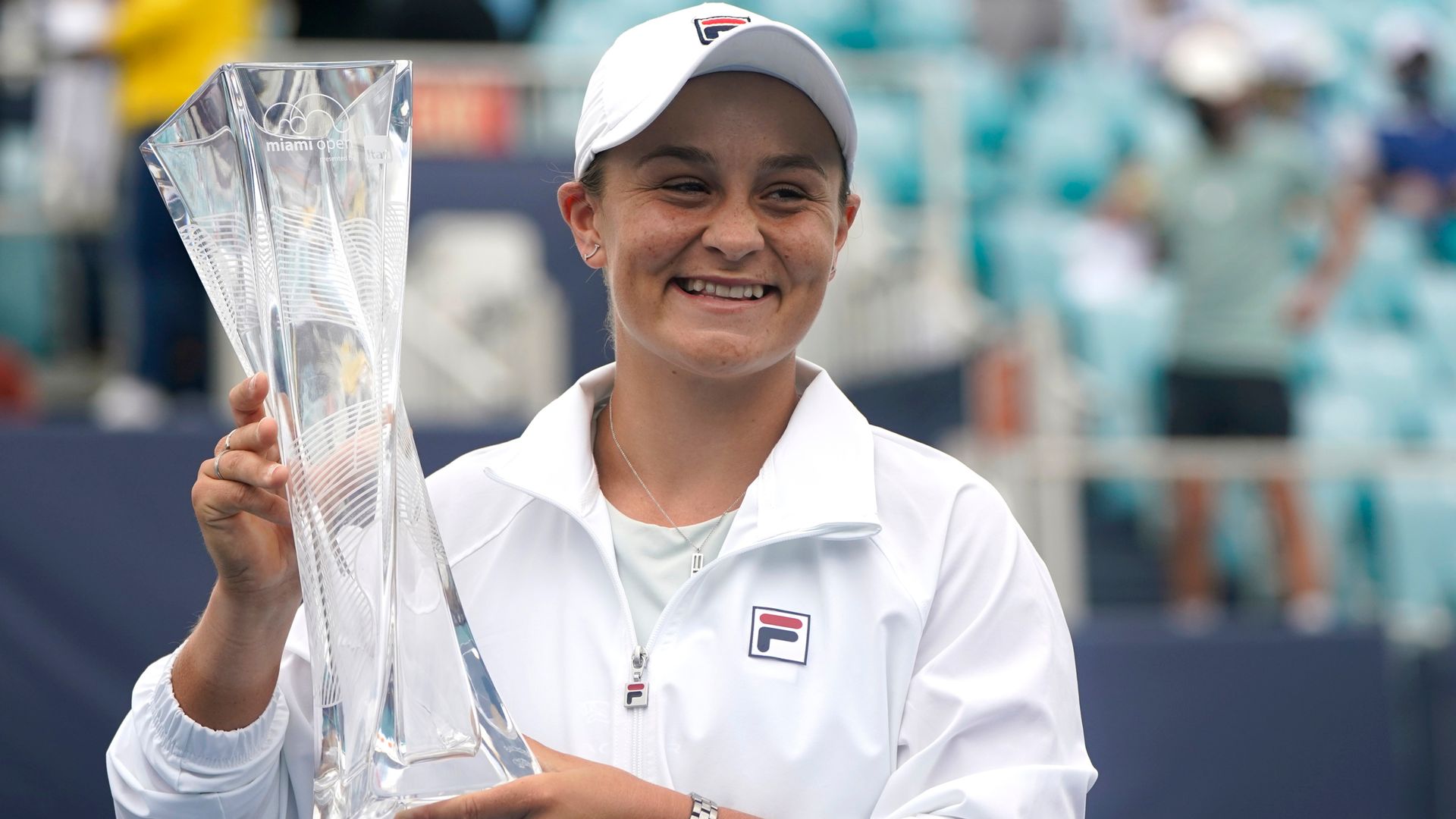 World No 1 Ashleigh Barty retained her Miami Open title after opponent Bianca Andreescu was forced to retire injured in the second set of Saturday’s final.

Former US Open champion Andreescu lost the opening set 6-3 and was then broken twice to fall 4-0 down in the second to the world No 1.

The 20-year-old Canadian had gone over on her ankle during game two of the second set and needed treatment from the physiotherapist at courtside but soon called it a day in emotional circumstances.

She had returned to action after a 15-month injury layoff at the Australian Open in February – but after playing a follow-up event in Melbourne – Andreescu had to withdraw from tournaments in Adelaide, Doha and Dubai with a leg issue. “I really didn’t want to stop but Abdul (Sillah) my fitness trainer – he basically saved me from myself in a way because I’ve been through that, continuously pushing myself to the point where I’d make it worse. He just saved me from myself. I said ‘I don’t want to’ but I trusted him and I knew it was the best decision.”

Bianca Andreescu broke down during her press-conference

No.1 Ashleigh Barty makes it 12 consecutive wins in Miami as she takes her 2nd #MiamiOpen title after Andreescu retires 63 40.

Congratulations @ashbarty on repeating as champion. It started an amazing 2019 for you. Good luck on 2021 being as successful or more. @MiamiOpen

Andreescu said she has wanted to play Barty for a long time and was glad to finally have her chance in their first career meeting, but the Australian, herself battling a suspected abdominal injury, imposed her game from the start of the match and deservedly won the first set.

She then won four-straight games in the second before her opponent walked broke down in tears as she was forced to concede defeat and hand Barty the title.

Barty is the first top seed to win the Miami Open since Serena Williams in 2015.

She is the sixth woman to successfully defend Miami Open:

It was a second WTA Tour triumph of 2021 for the Australian, and her 10th career title.

Andreescu’s run to the final is projected to move her up three spots in the WTA rankings to world No 6. “I never have to prove anything to anyone. I know all the work that I do with my team behind the scenes and I know there’s been a lot of talk about the rankings, but I didn’t play at all last year and I didn’t improve any of my points whatsoever. There were girls who had the chance to improve theirs so I feel I thoroughly deserve my spot at the top of the rankings. The year that we had in 2019 was incredible, incredible for us. To be able to build on that since the restart has been great for us but certainly in my eyes, we come out here and do the best we can, regardless of what anyone is saying, so I never have to feel like I have to improve anything to anyone.”

Because the pandemic reduced tournament revenue and severely limited attendance, the champion received $300,110, compared with the $1.35m Barty won in 2019. Only 750 fans were allowed on the grounds per session.

In the men’s doubles final, the all-British pairing of Dan Evans and Neal Skupski finished as runners-up to Nikola Mektic and Mate Pavic, losing 6-4 6-4.