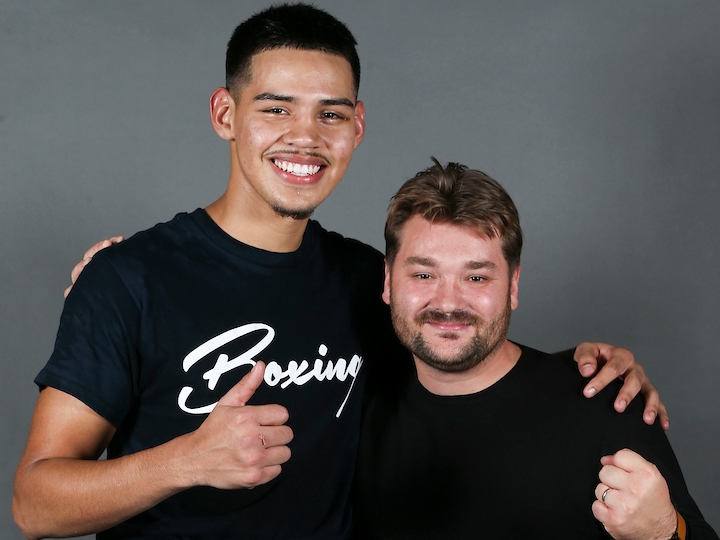 One of the sport’s leading managerial outfits is forced to overcome a major shakeup.

Split-T Management is now without the services of Tim VanNewhouse, who announced on Friday his exit from the company. The rising manager—oft-lauded for having one of the best eyes for boxing talent—has been with the company since its inception, making the painful decision to embark on a different career path.

“Today’s a big day for me as I close the door at Split-T [Management],” VanNewhouse announced through his social media platforms on Friday. “After more than 6 years with the company, I decided It was time to take a brave step to resign and invest in myself.”

The move comes as Split-T continues to establish itself as an industry leader. McWater—who founded the company in 2015—was named 2020 Manager of the Year by the Boxing Writers Association of America, in recognition of the incredible roster of talent assembled by his company. Chief among the roster of more than 50 boxers is Teofimo Lopez Jr., who was named 2020 Fighter of the Year by nearly every major outlet (including BoxingScene.com).

VanNewhouse has served an integral role in helping assemble such talent through his role as executive associate manager. The Cleveland-based boxing personality—a former amateur standout who enjoyed a brief pro career before turning to the managerial side—heavily contributed to the company in recent years, including his signing spree from the Olympic Trials for the 2020 Tokyo Olympics.

Through his efforts have come the opportunity for the likes of Kahshad Elliott, Javier Martinez, Omar Rosario and Marques Valle all enjoying televised appearances for their respective pro debuts. Rosario will represent Puerto Rico in the upcoming Tokyo Olympics this summer, while the rest of the group continues to develop in the early years of their pro careers.

Among the many other prospects and rising contender whom VanNewhouse has also served as a driving force behind the careers of unbeaten prospects include 2016 U.S. Olympian Charles Conwell, Brian Ceballo, Abraham Nova and Diego Pacheco.

“This decision wasn’t easy, but I soon realized what I wanted to accomplish at the agency wasn’t going to be possible,” for their support throughout the years.”

At present time, it remains unclear which fighters will remain under the Split-T umbrella and who will go with VanNewhouse.

“Soon I will share everything that I’m working on,” promises VanNewhouse. “But, at a minimum, I plan to continue my managerial practices in the fight game—working with various fight teams, networks, brokers and promoters.”