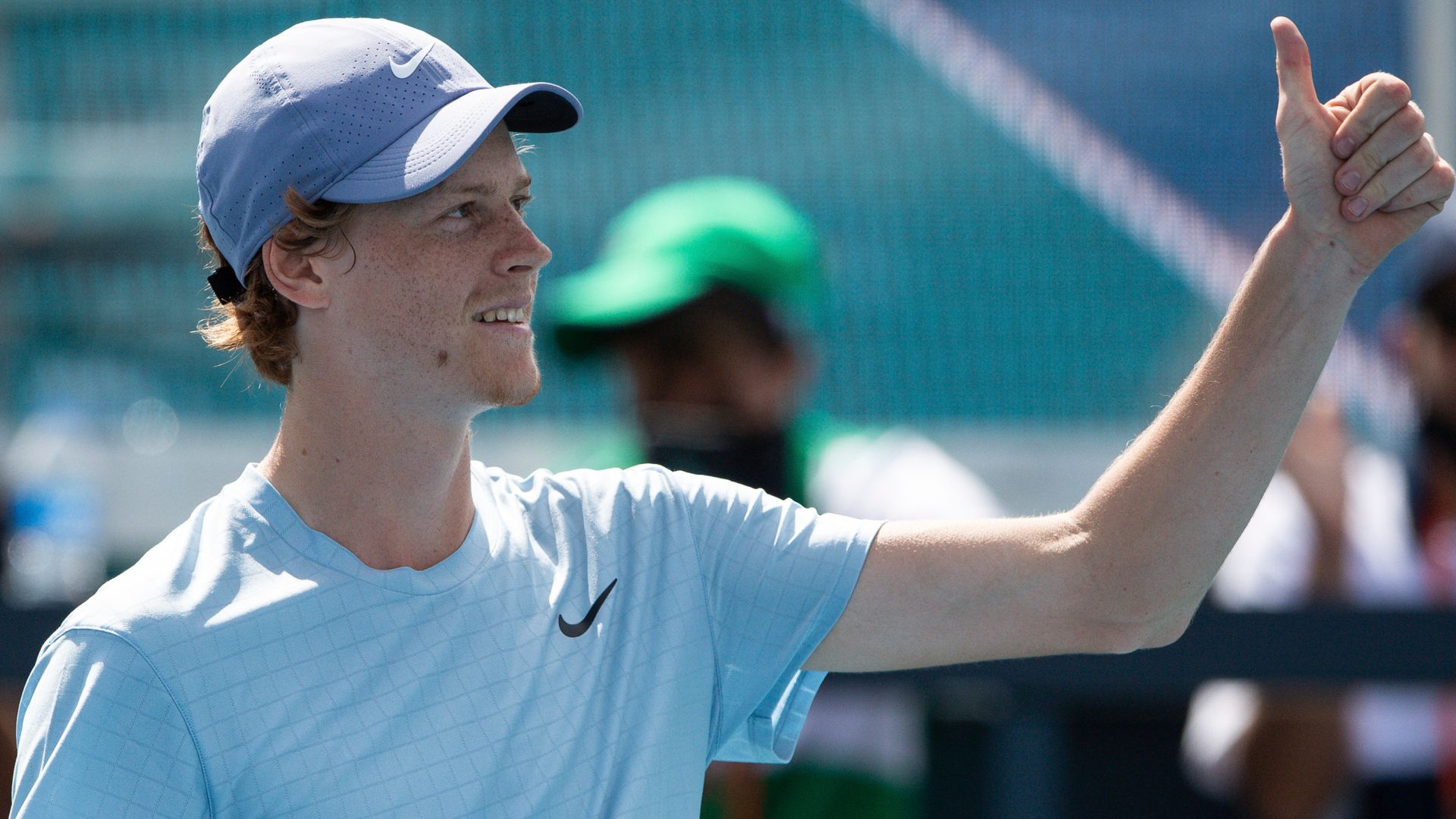 Italian teenager Jannik Sinner made it through to his first career ATP Masters 1000 final after defeating Roberto Bautista Agut at the Miami Open on Friday.

The 19-year-old was made to work for his breakthrough moment as he triumphed 5-7 6-4 6-4 in a contest lasting just shy of two and a half hours.

Sinner saved four break points at 3-3 in the second set as he became just the fourth teenager to reach the final in tournament history.

🇮🇹 Jannik Sinner is the fourth teenager to reach the #MiamiOpen men’s singles final. The previous three went on to become No. 1 in the @FedEx ATP Rankings.

Sunday’s match will be Sinner’s second ATP Tour final of the year after he won the Great Ocean Road Open at the 250 level in February.

Friday was his second three-set victory over Bautista Agut in recent weeks, having also upset the Spaniard at the Dubai Duty Free Tennis Championships last month.

World No 4 Andrey Rublev and Hubert Hurkacz of Poland will play in their first semi-final at a top-level ATP event when they meet on Friday night for the right to meet Sinner in the final.