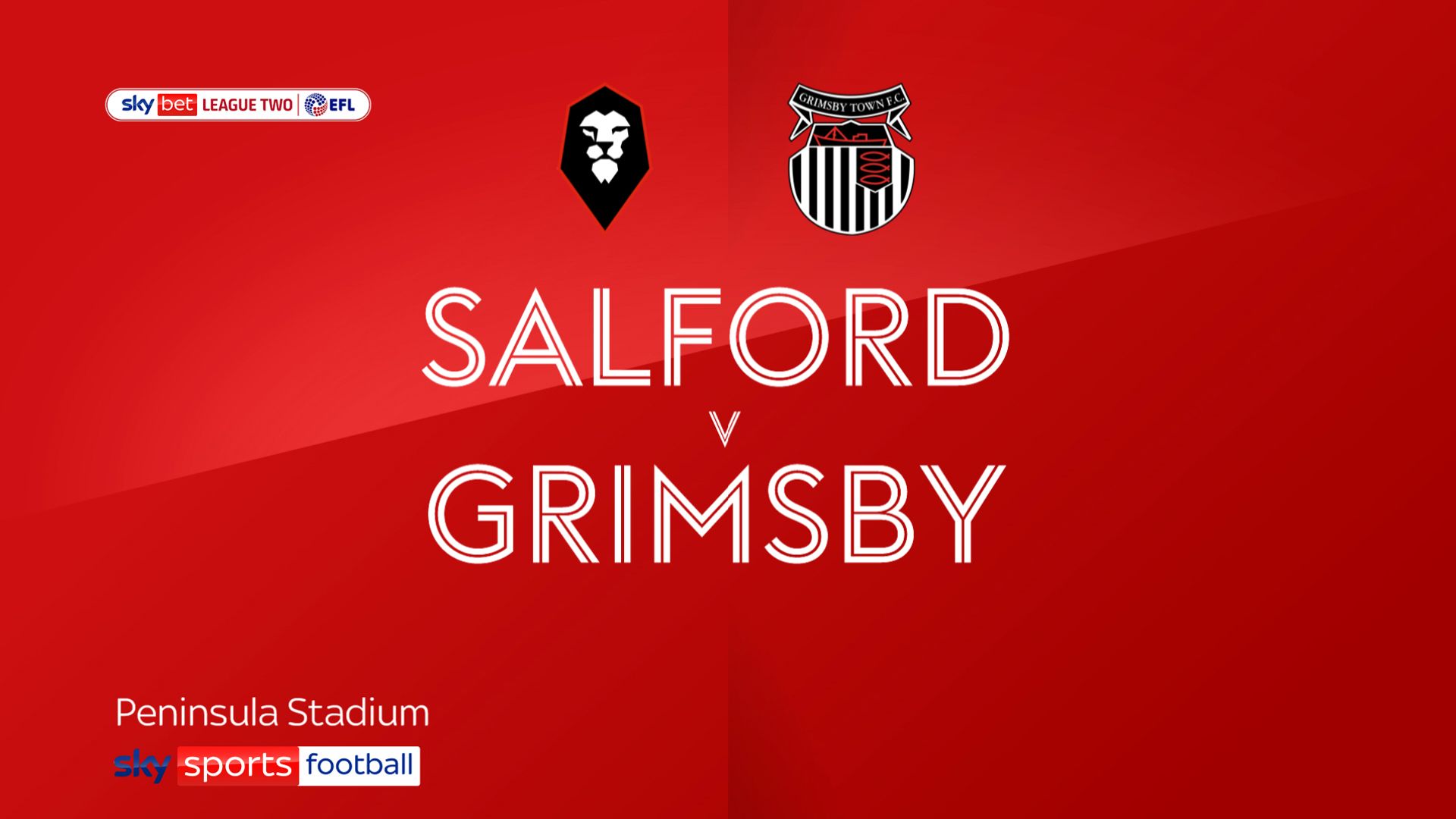 Harry Clifton struck the Mariners’ opener after just two minutes, beating Vaclav Hladky at his near post with a low right-footer.

Salford have never won a Football League match in which they conceded first, and the visitors could have added an early second with one strong penalty appeal waved away and Hladky twice reacting well to deny Jay Matete and Lenell John-Lewis.

Having replaced Richie Wellens with Gary Bowyer 10 days ago in a desperate bid to salvage Salford’s promotion hopes, co-owner Gary Neville was a frustrated observer as the Ammies needed 86 minutes to muster a shot on goal.

With the visitors looking set for a vital away win, Touray unleashed a stunning strike into the top corner for Salford’s first goal in almost 10 hours.

In a lively finish Grimsby almost grabbed a late winner when John-Lewis was unable to bundle in on the goalline.