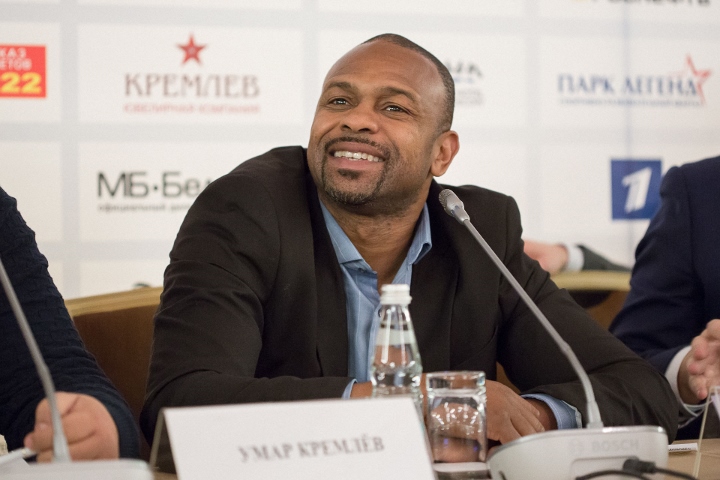 “I spoke to Roy today and he is feeling great, and is willing to fight Oscar De La Hoya,” said Alfy Smith, Roy Jones Jr.’s trainer.

“I know that they never got to fight based off weight classes before, but now would be the perfect time to give the fans a great fight that they’d thought they would get to see. De La Hoya has one of the greatest left hooks in boxing history, Roy has a devastating hook as well, we shall see who will be the real “Captain Hook.”

De La Hoya has been out of the ring since getting stopped by Manny Pacquiao in 2008.

Jones Jr. returned on November 28th. He took part in an exhibition against former undisputed heavyweight champion Mike Tyson, as the main event of a very successful pay-per-view card. The two men fought to a draw, and Jones is now is looking to get in the mix with another legend such as himself.

During their respective primes, there was some animosity between Jones and De La Hoya. During that time period, both boxers were being showcased on HBO – but Jones felt the network was showing too much favoritism towards De La Hoya.

“This is a great fight, an exciting matchup where you would only dream it up in a video game, now we have a chance to make it a reality. Roy is still active and training every day, he’s in tremendous shape and his speed is still crisp.”