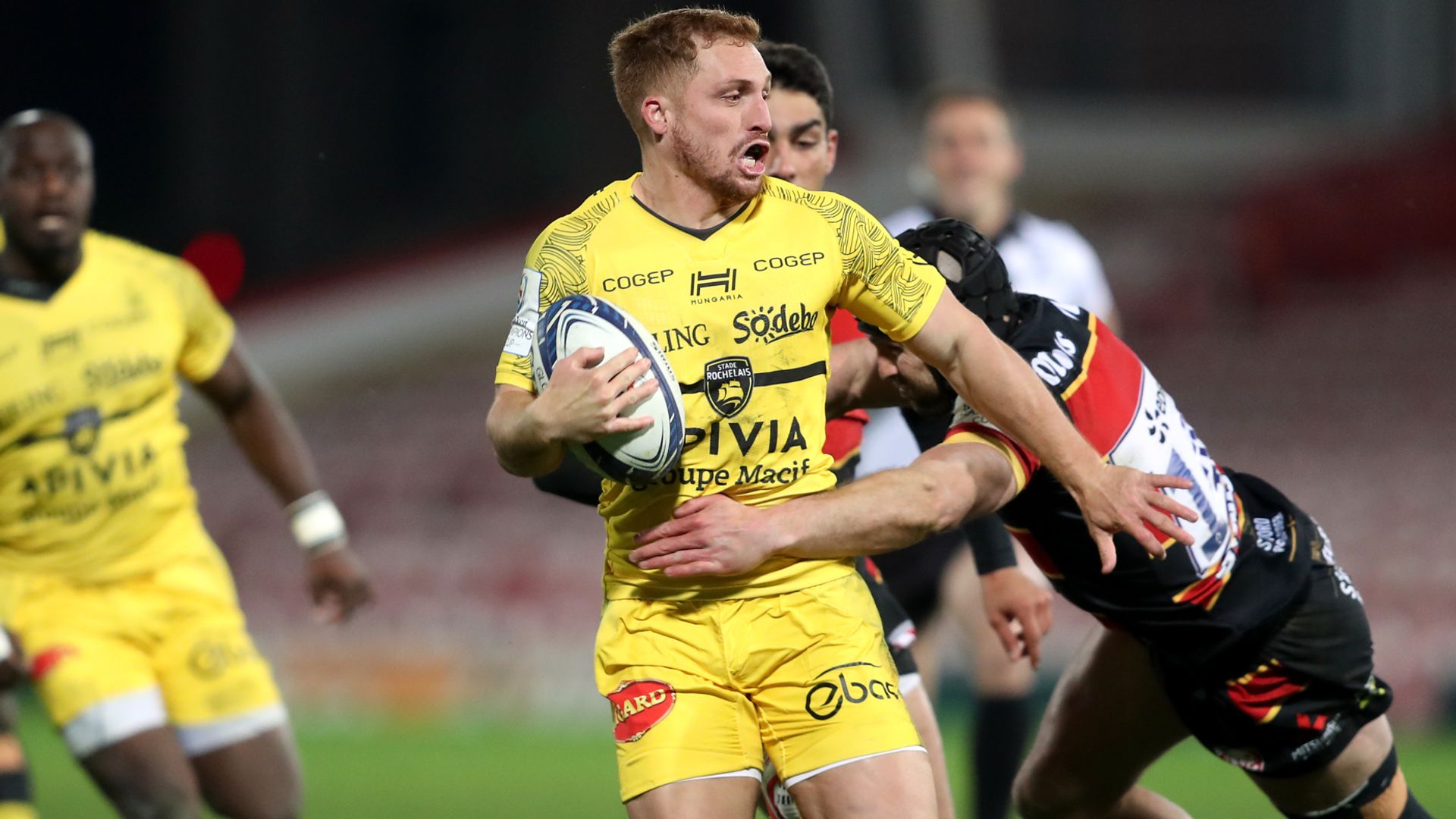 The French side, second in their domestic league behind Toulouse, booked a home quarter-final against Scarlets or Sale Sharks next weekend.

Although Gallagher Premiership strugglers Gloucester delivered some impressive moments, they were ultimately overpowered by an efficient La Rochelle machine.

England head coach Eddie Jones looked on as No 8 Ruan Ackermann touched down for Gloucester, while fly-half George Barton booted a conversion and three penalties, but La Rochelle never looked like relinquishing control.

Gloucester suffered a major blow ahead of kick-off when their Wales wing Louis Rees-Zammit was ruled out due to a tight hamstring. He was replaced in the starting line-up by Charlie Sharples, while Scotland centre Chris Harris returned from Six Nations duty.

Barton kicked Gloucester into a third-minute lead, but La Rochelle were soon into their stride and a powerful break by flanker Kevin Gourdon set up a try for Leyds.

Although a second Barton penalty put Gloucester back in front, the visitors dominated early territory and possession through a juggernaut pack spearheaded by Gourdon and lock Will Skelton.

And a second try for the visitors after 22 minutes was deserved reward for their impressive control and technical excellence, with Retiere squeezing over in the corner.

It looked as though Retiere might have been nudged into touch, but referee Andrew Brace awarded the try after consulting with his television match official, and West’s conversion made it 15-6.

There were plenty of warning signs for Gloucester, yet they hit back eight minutes before half-time following a La Rochelle defensive blunder.

A misdirected pass deep inside the French team’s 22 put them under pressure, and Gloucester’s forwards created an opportunity for Ackermann to crash over.

Barton’s conversion brought Gloucester back to four points adrift, and then they had a reprieve when La Rochelle centre Levani Botia saw a try disallowed following an offside at the breakdown.

But Gloucester remained firmly in contention despite suffering an injury setback just before half-time when flanker Jordy Reid was forced off and replaced by Freddie Clarke.

Ludlow could have no complaints, and West soon completed his penalty hat-trick before Alldritt arrived as a 60th-minute substitute, replacing Wiaan Liebenberg.

Barton escaped sanction following a questionable tackle on Leyds, who was forced off for a head injury assessment, and then kicked a penalty that cut the gap to five points.

But Plisson gave La Rochelle some breathing space when he landed a 50-metre penalty, and there was no way back for Gloucester after that.

Plisson sealed the deal with another penalty as the clock ticked down, and head coach Ronan O’Gara and his players could begin looking forward to a home tie in the last eight.