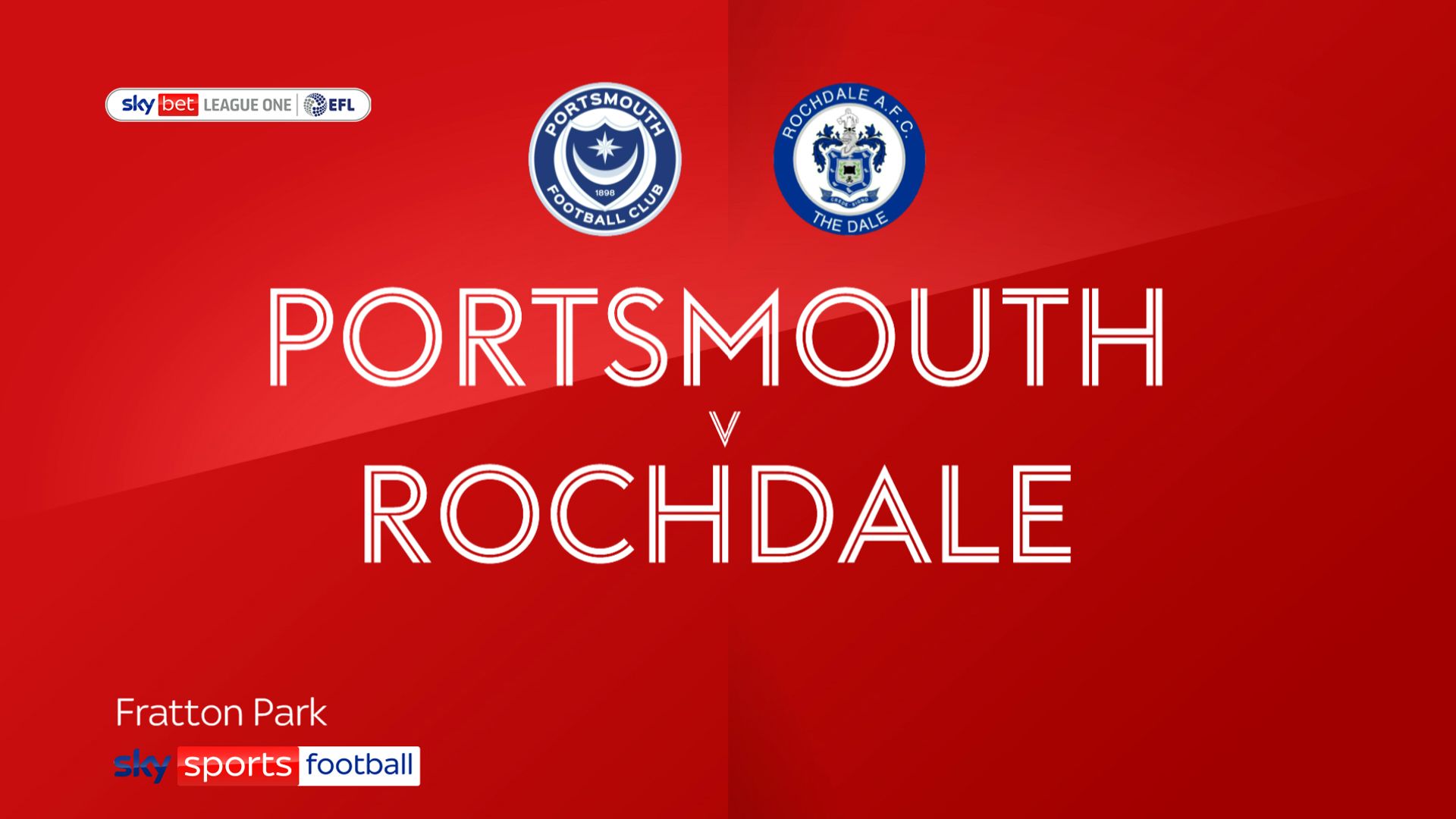 Portsmouth boss Danny Cowley maintained his 100 per cent record as the promotion hopefuls cemented their place in the top six with a comfortable 2-1 win over bottom club Rochdale.

Goals from Ryan Williams and Ronan Curtis made it three wins from three since Cowley took charge at Fratton Park.

Jake Beesley’s stoppage-time strike proved no more than a consolation goal for the visitors.

Despite playing without a recognised striker, Pompey took just five minutes to open the scoring.

Marcus Harness picked out Williams with a perfectly-weighted cross and the Australian tapped home from close range.

The home side doubled their lead eight minutes before half-time when Curtis finished calmly after racing onto a Michael Jacobs through ball.

Rochdale’s only chance of the first half came in the final minute when Beesley latched onto a long ball but was foiled by Pompey goalkeeper Craig MacGillivray.

Beesley’s close-range effort in the third minute of stoppage time proved too little too late for Dale to mount an unlikely comeback.