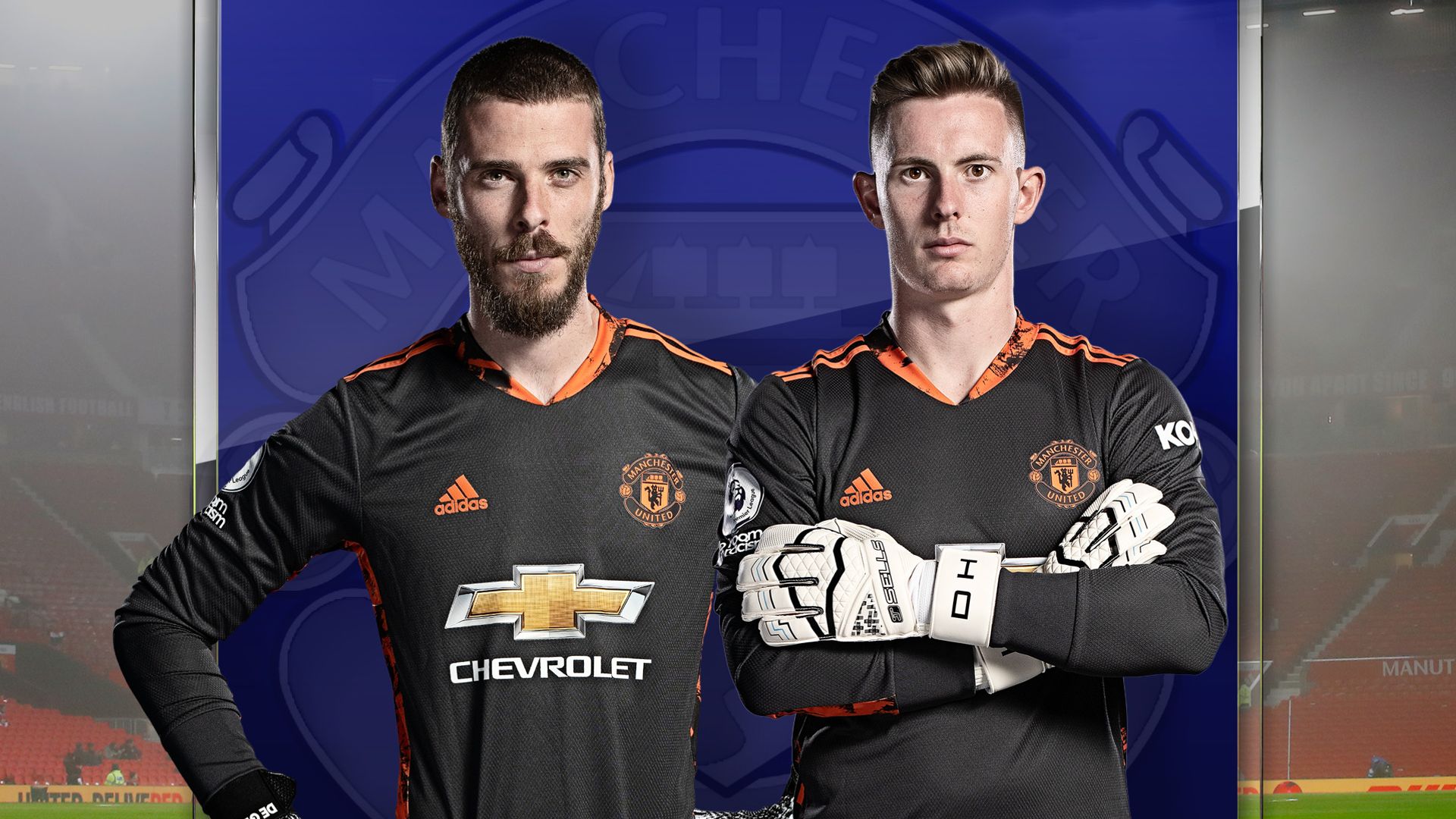 Ole Gunnar Solskjaer has a big decision to make.

Ever since Dean Henderson returned to Old Trafford from an impressive loan at Sheffield United, debate surrounding who Manchester United’s long-term No 1 should be has been rife.

David de Gea, in his 10th season at Old Trafford, has kept the shirt for the majority of Premier League games and has a contract until 2023, but Henderson has impressed in the second half of the season, and the feeling is it’s a matter of time before he takes over as United’s main goalkeeper.

So, do Solskjaer and United give 30-year-old De Gea another year? Or will they look to cash in on the Spaniard, who has two years remaining on his deal, and promote Henderson to No 1?

With the help of Sky Sports News’ north-west reporter James Cooper, we assess the situation, the economics, the stats and what’s been said…

With that considered, there is a clear winner in Henderson, but if the club were to sell De Gea, they may struggle to get value.

“It’s a really difficult one. From one point of view, Ole knows he has to make a decision. He has to be that Manchester United manager who comes up with a decision, rather than leaving it to fester.

“I think it may be the case that conversations have been had with David de Gea about what the future looks like.

“The way I think they’ll look at it is in an economical sense and an age sense. Henderson is 24 years old, De Gea is 30. De Gea is probably still the better goalkeeper, and has been player of the year at United four times.

“In David de Gea, United have a player who knows the fabric of the club, has played in the biggest games, been there for 10 years, and is their highest earner. But obviously, the economics aren’t great at the moment – you’re paying him £350k-a-week at the moment – so how do you solve that problem? You solve it by selling him for £40-50m in a usual market. But I don’t see that happening in this market.

“What I do perhaps see happening is him going on loan somewhere, and Manchester United picking up the majority of his wages. If you let David de Gea go, and he goes and plays for someone else in Spain and does well, it won’t hurt them too much.

“If Dean Henderson ends up at Chelsea or another English club, playing for 10 years and becoming the best goalkeeper on earth, it hurts a lot more. He will be Manchester United No 1, and he will be England No 1. I think that decision is already made, but it’ll be interesting to see how that pans out.”

‘There’s a confidence in Henderson’

Henderson has played a bigger role in the second half of the 2020/21 season, with De Gea given a month off in early March to be with his wife for the birth of their first child.

The 24-year-old has registered 12 clean sheets in 18 full games this season, and has conceded just four goals in his last nine appearances, but Cooper says there is still an unknown about Henderson given he is yet to play in front of fans for Manchester United.

“We haven’t seen Dean Henderson tested in front of the fans at Old Trafford, but I think Solskjaer has to make a decision, and it’s more likely he’ll make the decision to go with Henderson in the long-term.

“I know a lot of Manchester United fans point the finger at the goal they conceded against AC Milan in the first leg at Old Trafford – it was an error, but he wasn’t the only player to make an error in that free-kick action.

“But with 12 clean sheets in 18 full games this season, there’s clearly a confidence in him. He is extremely driven as a player.

“When Ole is looking at the situation, he will think about how to manage each player. De Gea is a player he’s known for a long time, he knows how to manage him, he’s assured and won’t cause you too many problems.

“Henderson is driven, ambitious, and I am sure he is convinced in his own mind that he is better than De Gea and better than anyone in the England set-up. It’s whether Ole wants the challenge of that as well.

“Ole will also look at what’s good for Manchester United; Henderson is 24, and they can maybe get 10 years of him at the top of his game.”

The stats: Henderson in front, but has he been tested yet?

In terms of Premier League time this season, Henderson pips De Gea in almost all areas, including save percentage, clean sheets, goals conceded and xG prevented.

United’s win percentage with Henderson is also higher, but the 24-year-old has played less than a quarter of the minutes De Gea has appeared in (494 to 2,115).

Taking in all competitions, where the two goalkeeper’s minutes played are more comparable – Henderson’s 1,695 to De Gea’s 2,565 – Henderson’s statistics are still impressive. He has conceded a goal every 130 minutes in all competitions, compared with De Gea’s 69 minutes, and his save percentage is 79 per cent compared to De Gea’s 65 per cent, with a win percentage of 68 to 52.

But has Henderson been tested yet?

Taking a closer look at the type of shots both De Gea and Henderson face in the Premier League, however, show a stark contrast.

De Gea has faced 82 shots in the Premier League, with 38 per cent aimed at the bottom corners. He has saved 65 per cent of those.

What Solskjaer has said…

Typically, Solskjaer has been supportive of both Henderson and De Gea in the media. In June 2020 he claimed Henderson would be a future England and United No 1, and has since admitted Henderson “isn’t the most patient” of players, while also sticking up for De Gea after media criticism.

“He’s learning all the time, he’s passionate ‘keeper, he’s developing, he’s had good coaching there – and for me, one day he’ll be England No 1 and United No 1 and he needs to keep developing.”

“Dean has done very well when he’s got the chance and he’s matured. For me, he’s developed his game. I know he’s not played as many games as he would’ve done last season, but you see every game when he plays and in training his improvement, working hard on a couple of aspects that we’ve spoke about with him.

“I’ve been impressed with his attitude and work rate. He’s not the most patient guy. He wants to play every game because he knows that he’ll perform well, so long may it continue because he’s improved since he’s come here.”

“His presence out there, you know there’s a future top, top ‘keeper out there.”

“David has been here for 10 years and he has been absolutely brilliant for us. He has pulled off save after save, season after season, at the highest level.

“Dean is learning. Dean is getting better and better, he’s improving. There is no such thing as an undisputed No 1 here. You have got to perform.

“I’m not blind. I have seen the media in the last couple of weeks, with people writing David off. That is completely wrong. David is a top, top goalkeeper.”