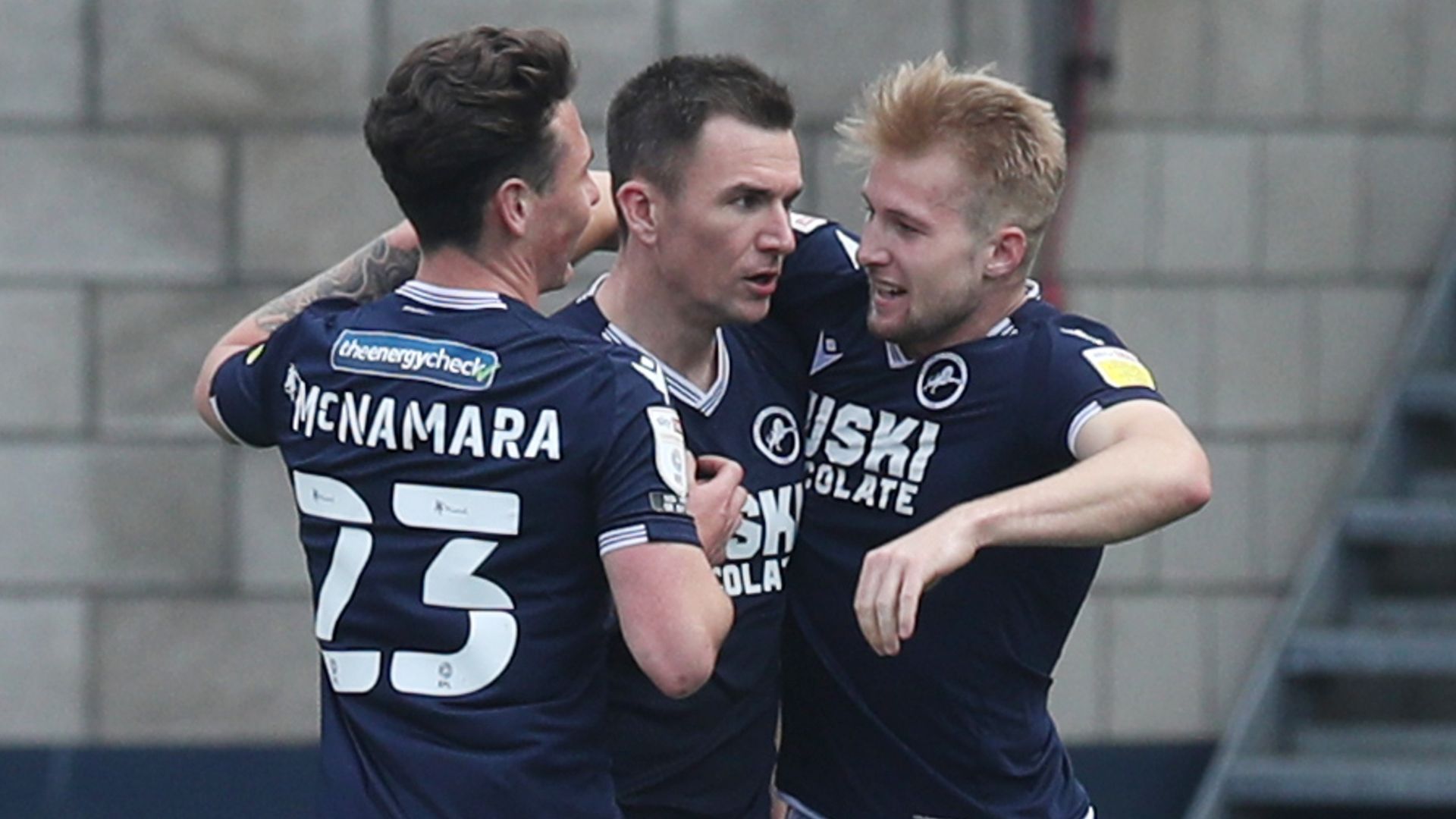 A thunderbolt from Jed Wallace ultimately settled the contest at The Den, where the Millers had their captain Richard Wood sent off in the early stages of the second half.

Despite being down to 10 men, Rotherham pushed hard for an equaliser, but without success and they remain three points adrift of safety in the relegation zone, albeit with several games in hand on the teams directly above them.

Both teams were slightly late in taking to the field and that apparent lack of urgency gave way to a lethargic start where the ball was routinely, and carelessly, given away.

The first chance for either side came off a Scott Malone mistake after 12 minutes, as his miscue gave the ball to Freddie Ladapo, who struck a low, bending effort just wide from the edge of the area.

Mason Bennett then wasted a good counter-attacking opportunity for Millwall by passing behind the breaking Wallace before having a shot blocked from point-blank range.

The Lions then lost Shaun Hutchinson to injury just before the half-hour, although in truth the stoppage in play did not represent a great reduction in tempo.

Rotherham almost went ahead five minutes before the break when Michael Ihiekwe got his head to Daniel Barlaser’s free-kick, only for Bialkowski to come up with a superb save.

Bennett then volleyed Wallace’s corner wide at the near post as a mediocre first half finished goalless.

The first half-chance after the restart came for Malone, who looped a half-volley wide after another Wallace corner had been pushed into his path by Rotherham goalkeeper Viktor Johansson.

Rotherham were then reduced to 10 men in the 56th minute, as Wood was sent off for hauling down Wallace as he was running through on goal.

The Lions almost took advantage straight away as, after Wallace’s free-kick struck the wall, Danny McNamara’s rasping follow-up was well tipped over by Johansson.

But there was nothing the Swedish stopper could do about Millwall’s opener after 64 minutes, as Wallace slammed a fantastic strike into the top corner when Malone’s over-hit set-piece fell his way.

The visitors were given a fantastic opportunity to equalise with five minutes left when Jake Cooper conceded a penalty by bringing down Smith, who was denied from the spot by a brilliant stop by Bialkowski.