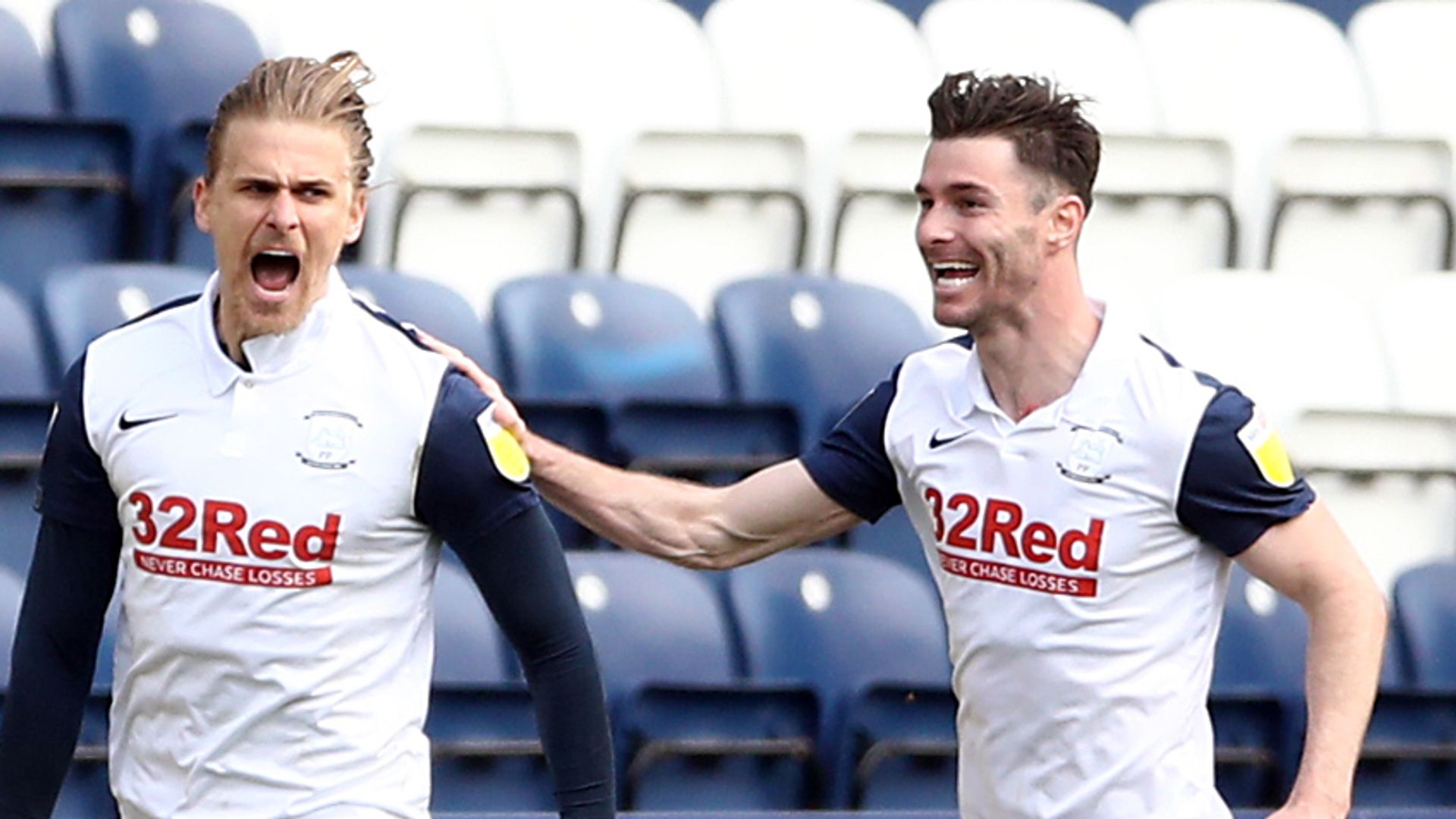 Brad Potts equalised with virtually the last kick of the game to give Preston a hard-earned point in a 1-1 draw with leaders Norwich in Frankie McAvoy’s first game in charge.

The hosts dramatically levelled late on to cancel out Emi Buendia’s early opener, moving them 10 points clear of the drop zone.

Due to eight midweek international call-ups, Norwich were missing several of their normal starting line-up.

In at centre-half came 18-year-old Andrew Omobamidele and from the off Ched Evans looked to target the youngster.

The home side came close early on when Jordan Storey headed Ryan Ledson’s corner over the bar as North End played their first game under interim boss McAvoy following the departure of Alex Neil after three years in charge.

McAvoy made three changes to Neil’s last starting line-up, most notably Emil Riis who would be a strong presence for Preston most of the afternoon.

That sparked a break for Riis who saw his one-on-one shot saved by Norwich keeper Tim Krul with the rebound cannoning off Evans’ head and wide.

There was already more Preston attacking action than had been witnessed in the past few games at Deepdale but soon after the odds-on favourites for promotion hit the front.

Teemu Pukki’s run and shot was blocked by Liam Lindsay in a brave act that left him winded and temporarily incapacitated.

As he was clutching his stomach, the mercurial Buendia picked up the ball and curled a delightful left-footed effort inside the far post.

One of the internationals not to play in midweek was top scorer Pukki but he then uncharacteristically missed the target after being played in by Buendia.

He got even closer at the start of the second half but when racing clear again he struck the crossbar from close range as Iversen made himself big.

Preston were making a good fist of it through sheer effort and determination but it was the Canaries showing the classier moves, Mumba in particular sparkling.

McAvoy made all five of his substitutes with 20 minutes to go before Norwich had made one knowing that all it would take was one moment after City’s wasteful finishing.

Those missed chances came back to haunt Norwich as substitute Potts controlled in the area and fired a deflected effort past the diving Krul.