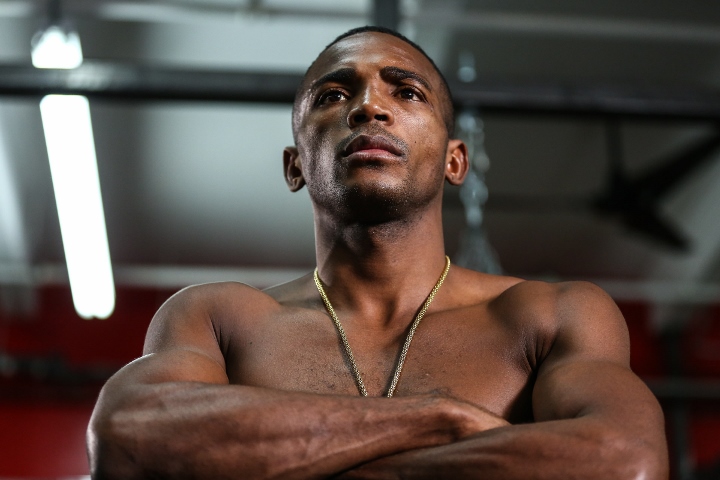 Erislandy Lara (27-3-3) has never been known as an exciting fighter. However, that perception has changed in recent years with his performances against Jarrett Hurd and Brian Castano.

The longtime super welterweight champion returns to action on May 1st against Thomas “Cornflake” LaManna (30-4-1) at the Dignity Health Sports Park in Carson, Calif. The fight will top a Premier Boxing Champions on FOX broadcast that precedes the Andy Ruiz-Chris Arreola pay-per-view event that takes place at the same venue.

Lara recently said that he plans on staying in front of LaManna and that he will be looking to knock him out. LaManna doesn’t buy the notion that Lara is now making an effort to be a fan friendly fighter and believes that the Cuban has simply lost a step.

“I think he was forced into those type of fights. Jarrett Hurd laid the blueprint out. Castaño is a dog so he capitalized that fight. I am 29 years old. I have younger, fresher legs and over 12 rounds you will feel this fight.

“He is 37 years old but I think he’s really 40. He looks old as sh!t in the face. He is with Ismael Salas who is a pure boxing coach and is fundamentally sound. Lara doesn’t have the legs he had when he fought Canelo and Angulo,” LaManna told BoxingScene.com.

If the fight is fought at close quarters, LaManna believes it will be a big advantage for him. He isn’t known as a power puncher but has more pop now that he has moved up from the welterweight division and believes it will show on the night of the fight.