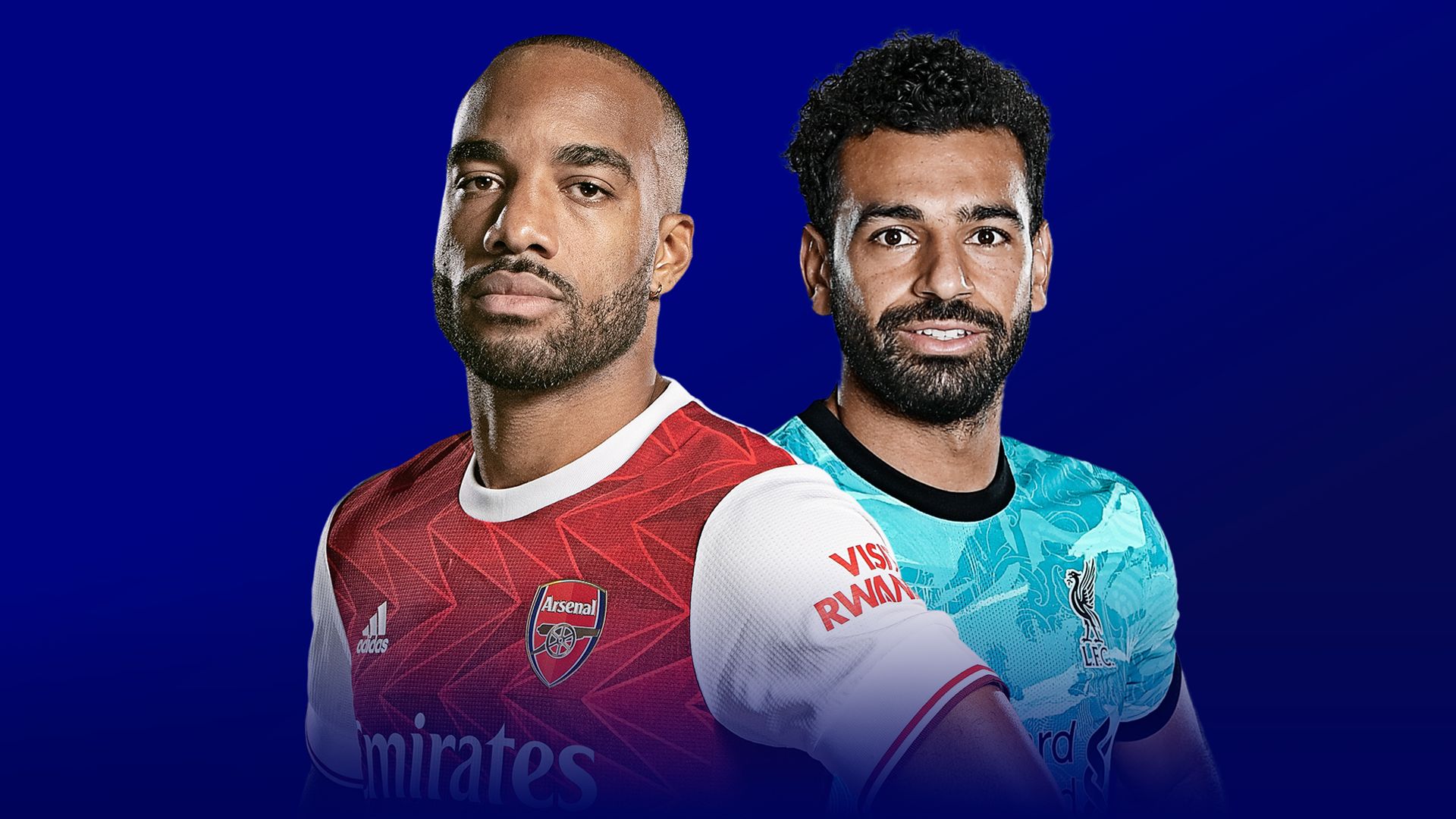 Team news, stats and prediction ahead of Arsenal vs Liverpool in the Premier League on Saturday (kick-off 8pm).

Arsenal have injury doubts over both Bukayo Saka and Emile Smith Rowe ahead of Saturday’s Premier League clash with Liverpool.

Saka pulled out of England duty last week due to a niggling hamstring issue while Smith Rowe suffered a hip injury while away with England U21s.

The rest of Mikel Arteta’s squad are fit and available with Martin Odegaard’s ankle injury suffered with Norway not a risk to him missing the game.

Liverpool forward Roberto Firmino returns to the squad after a knee injury. The Brazil international has missed the Reds’ last three matches but trained fully this week and is back in contention.

Striker Divock Origi remains absent with a muscle problem and there is still no timescale on a return for captain Jordan Henderson after his groin operation in February.

Arsenal vs Liverpool will be shown live on Sky Sports Premier League and Main Event from 7.45pm; kick-off 8pm. Sky Sports customers can watch in-game clips in the live match blog on the Sky Sports website and app. Highlights will also be published on the Sky Sports digital platforms and the Sky Sports Football YouTube channel shortly after the final whistle.

The odds are just all wrong here aren’t they? When you factor in current form and Liverpool’s next fixture, why are Jurgen Klopp’s side favourites?

After this trip to the Emirates, the Reds travel to face Real Madrid in the first leg of their Champions quarter-final on Tuesday. Klopp will talk of taking each game as it comes, but his eye will surely be on that fixture. Is Klopp going to ask Mohamed Salah and Sadio Mane, who both have been on international duty, to play in both games? There must be a strong chance of one or both being rested for this weekend with Madrid in mind.

And even if Liverpool were at full-strength, can you confidently say there’s a 45.5 per cent chance of the Reds winning this match as the odds mirror? This is a team whose form over the past eight Premier League matches would put them in the relegation zone, scoring just five goals and losing six matches. Yes, key players are returning to sure up the defence, but it’s the attack that has been holding Liverpool back. That inability to create big chances and finish them will prove problematic against Mikel Arteta’s improving side, whose results over the past six matches put them among the top-six in terms of form.

Performances to the eye also back that up.

They outclassed Tottenham in every department in their 2-1 victory, beat Leicester 3-1 in great style and not many teams would have managed to come back to draw from 3-0 down against the expertly organised West Ham. Arteta has got the Gunners moving in the right direction.

A positive Arsenal result will be providing the bedrock of my betting activities this weekend with the 21/10 with Sky Bet certainly making plenty of appeal. And for those that like a bit of insurance with their punting, the 6/5 draw no-bet angle (winner if Arsenal win, stakes returned if a draw) represents a fantastic opportunity to double your money plus a little extra.