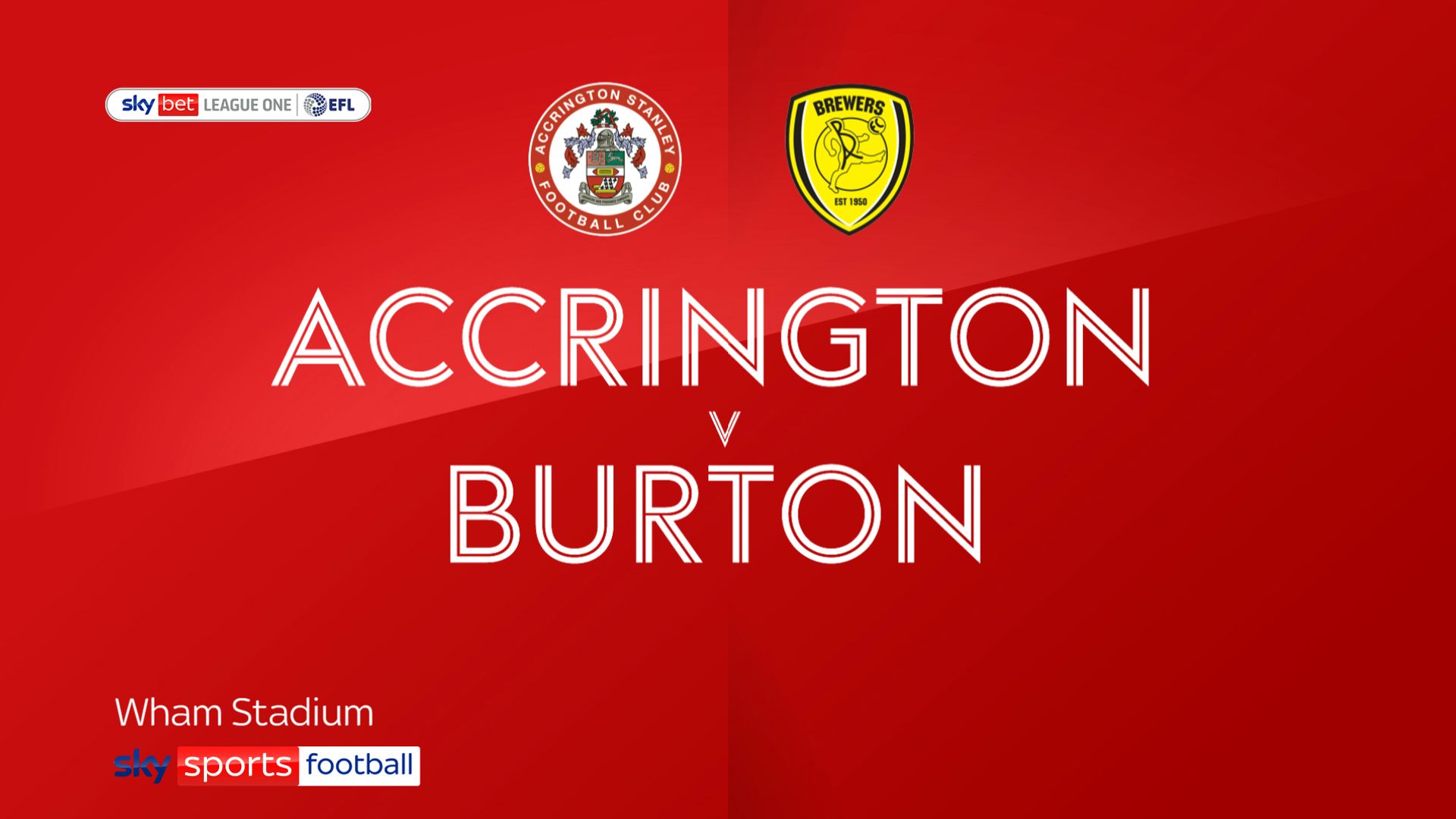 Accrington and Burton had to settle for a goalless draw in their encounter at the Wham Stadium.

Stanley were hammered 7-0 by Peterborough last week and kept a welcome clean sheet while Burton halted a run of two defeats with a point.

Accrington were boosted by a return of their captain Seamus Conneely and striker Colby Bishop after injury.

There was not a lot of goalmouth action in the first half and, although Stanley had more chances, the best one fell to Burton.

Albion broke from a Reds corner in the 40th minute with Ryan Edwards finding Jonny Smith to the right of the area, and he rifled a shot goalwards but it hit the underside of the bar and bounced out.

Stanley continued to create chances after the break, with 18-goal Dion Charles having a superb opportunity to open the scoring after 67 minutes but, in the six yard box, he rifled his effort well over the bar.

Stanley should have won it in added time, with Bishop blasting over in the six yard box, while Charles also burst through but was denied by keeper Ben Garratt as it finished all-square.