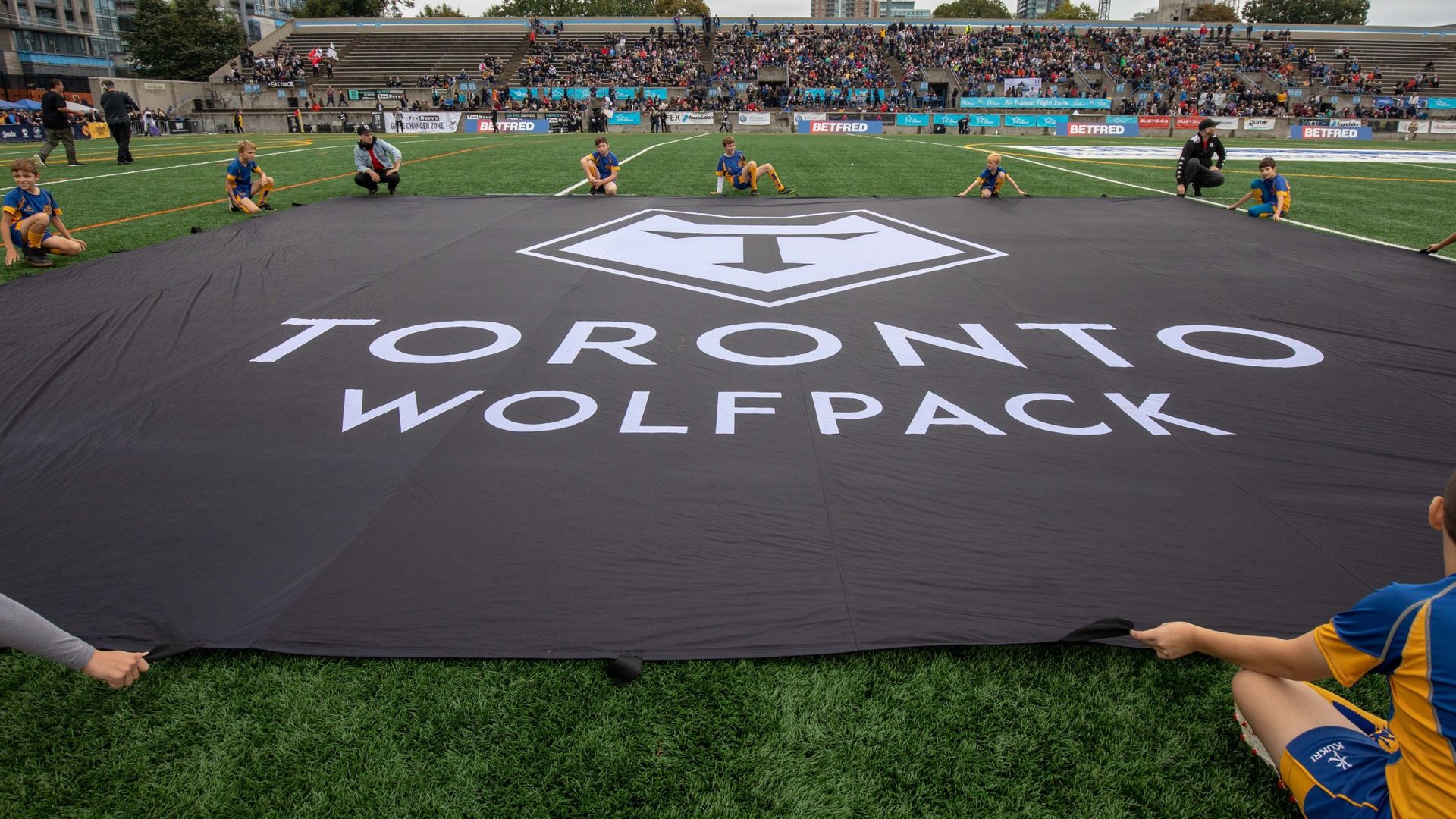 Toronto Wolfpack withdrew from Super League last year at the height of the coronavirus pandemic and were refused readmission for 2021; they are now under the control of a private investor group and will play in the North America Rugby League alongside Ottawa Aces

Toronto Wolfpack have been reformed and will compete in a new North American league alongside proposed Betfred League 1 newcomers Ottawa Aces.

The Wolfpack club, formed in 2016, worked their way up to Super League through the lower leagues but withdrew from the competition at the height of the coronavirus pandemic in 2020 and were refused readmission for 2021.

The Canadian club are now back and under the control of a new private investor group, which bought the intellectual property assets.

The club say there are no ties to the previous ownership, which left huge debts, and it was confirmed former Toronto head coach Brian McDermott has no involvement.

A statement by the club said: “While we will not erase any of the fantastic, historic and positive achievements of Wolfpack, Team Wolfpack promises that together we will make new great memories on our journey together.”

The North America Rugby League (NARL), which was launched on Wednesday, will include 14 teams in three conferences, starting on the weekend of June 19-20.

Due to Covid-19 regulations, Toronto and the Aces will contest a Canada Cup in 2021 before both teams enter the East Coast Conference in 2022.

Ottawa founder Eric Perez, who was forced to postpone the club’s entry into League 1 in 2021 due to the impact of the pandemic, said the intention is for the club to play in both competitions in 2022.

“This is the dawn of a new era for professional rugby league, not just in Canada but across the North American continent,” said Perez.

“The rugby league revolution is just beginning here and we very much look forward to being part of what will surely be a transformative period for the greatest game of all.

“Make no mistake, it’s only a matter of time before the NARL will rival Super League for quality.”

The Aces have appointed as their head coach former Catalans Dragons boss Laurent Frayssinous, who has since also been appointed as national coach of France ahead of the 2021 World Cup.