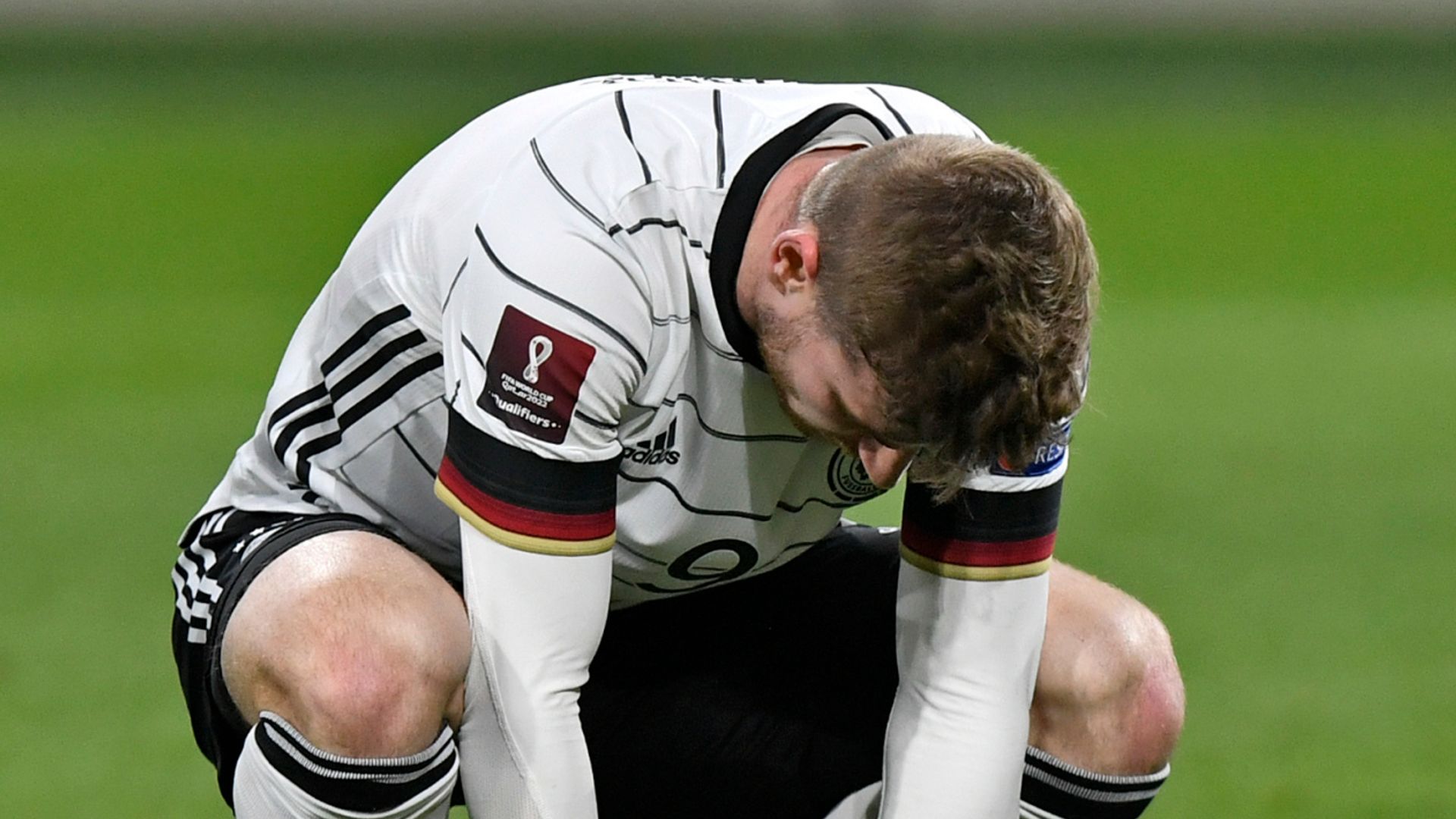 Germany’s shock World Cup Qualifying defeat to North Macedonia has been labelled a “disaster”, as captain Ilkay Gundogan says “this cannot ever happen”.

Joachim Low’s side were beaten 2-1 at home by the side ranked 65th in the world, marking Germany’s first home World Cup Qualifying loss in 20 years, since being beaten 5-1 by England.

The four-time world champions had controlled the game but missed crucial opportunities, including a golden chance for Chelsea’s Timo Werner 10 minutes from time, before Eljif Elmas’ 85th-minute winner.

“This is bitterly disappointing,” Low said. “We were not fresh enough, we made mistakes. When we played quickly we were dangerous but we did not find the tools to be really threatening.

“Overall, it was disappointing to lose like that at home.”

Gundogan added: “This cannot ever happen. They had two chances, twice in front of our goal and twice they scored.

“It was just too easy. We dominated had our chances but scored just once. To leave a man twice unmarked in the box should not happen.”

North Macedonia’s victory takes them to six points, level with Germany in Group J and three behind leaders Armenia.

“We’ve never beaten a team with so many titles. Now we have to get some rest as what we have accomplished still hasn’t sunk in.”

‘A black night for Werner’

“It was a disaster for the German team and nobody ever believed it.

“We had two good games in these World Cup Qualifiers before against Iceland and Romania and no goals conceded, but yesterday everything went wrong.

“You have to blame the players for that, but they were tired. Joachim Low played the same formation three times in a row. Parts of the midfield were exhausted.

“The world isn’t broken down, it was just one game but again Joachim Low is under pressure.

“It was a black night for Timo Werner. He missed one of the biggest opportunities. At the moment he doesn’t have the flow at Chelsea and now the same happened here.”