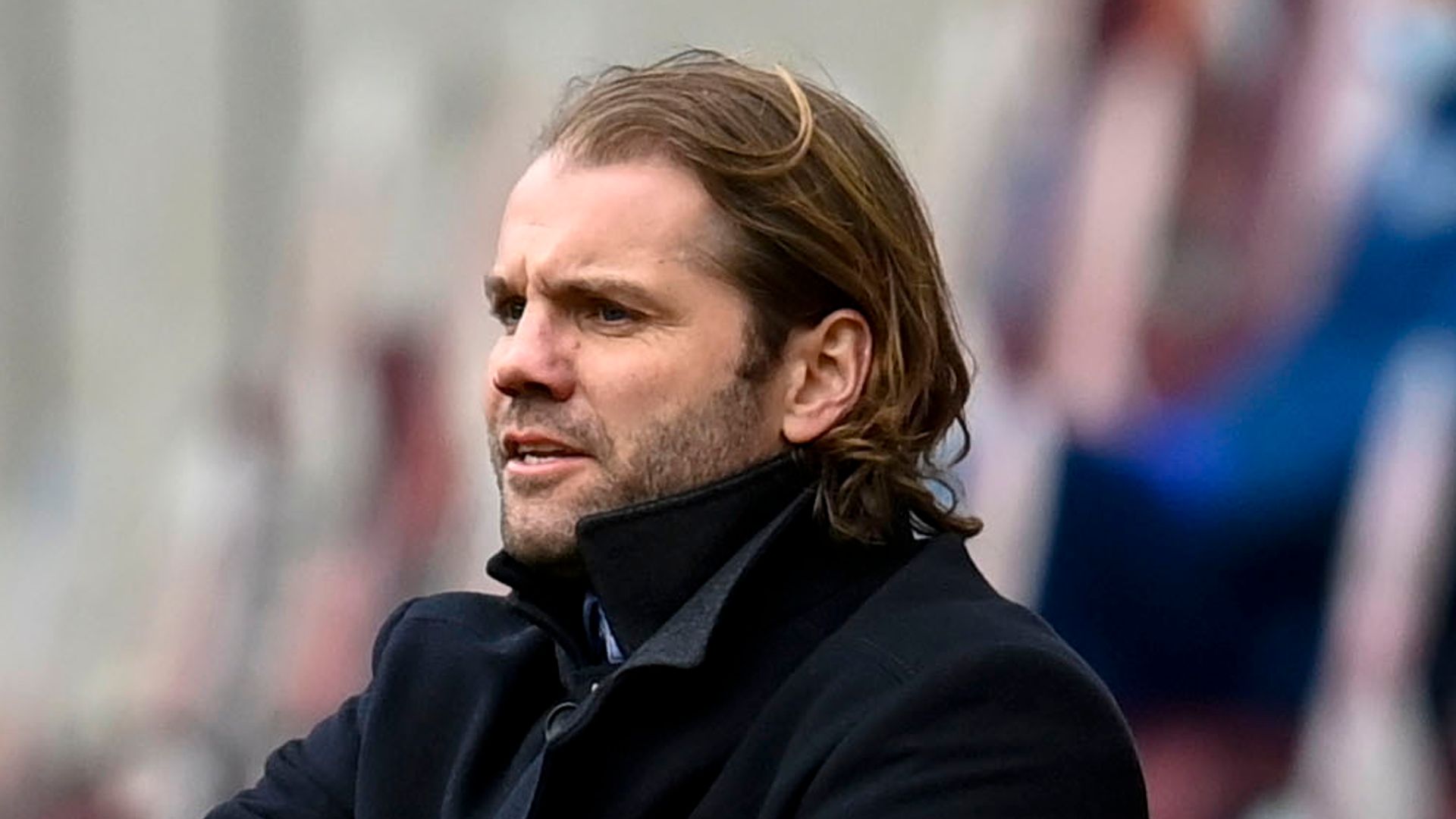 Hearts manager Robbie Neilson says the criticism that has come his way following the club’s shock Scottish Cup exit to Brora Rangers is part of the job.

A number of fans gathered outside Tynecastle to protest at the humiliating defeat four days later ahead of the Scottish Championship game against Queen of the South, a game which they also lost.

Hearts remain ten points clear at the top of the table and go into their game at Dunfermline on Saturday knowing that two more wins will guarantee their automatic return to the top flight, but Neilson understands why the fans are angry.

“It makes me feel I’m at a big football club, that’s what happens,” he said. “I’ve been at some big clubs, played at big clubs, managed at big clubs, and if you lose a couple of games and everyone is happy then you’ve got a big problem.

“Believe me you’ve got a big problem because one, the demands aren’t there and secondly you’re not at a big football club so it comes with the territory.

When Neilson was appointed to the job he was given a three-year plan which included an immediate return to the Scottish Premiership but the Hearts boss is more pre-occupied with the game against Dunfermline at the weekend than any future goals.

“In football, you have long-term plans and short-term plans,” he added. “In the long-term, there’s an objective to try and get the team back sustained at the top end of the Premiership but the short-term one is all about Saturday.

“My job as a manager is to focus on that short-term goal, getting the team promoted to the Premiership, and once we do that we can hopefully build on that during the summer.

Neilson was asked whether he planned to strengthen his squad following the side’s expected promotion.

“We’re already thinking about that, we’re already planning,” he said. “I think any team that gets promoted from the league below has to make changes to the squad, it has to improve the squad.

“I don’t know if all of the players will stay here and take us forward but we have to make changes.

“There is planning going on in the background but the plan at the moment is to win on Saturday.

“We’re aiming firstly to get promoted which we have to do, that’s the main aim but if we can achieve what we set out to do then the next objective is to be at the top end of the Premiership which is top six.

“I believe we’ve got some players that can take us there but we also need some reinforcements to come in to allow us to get there.”