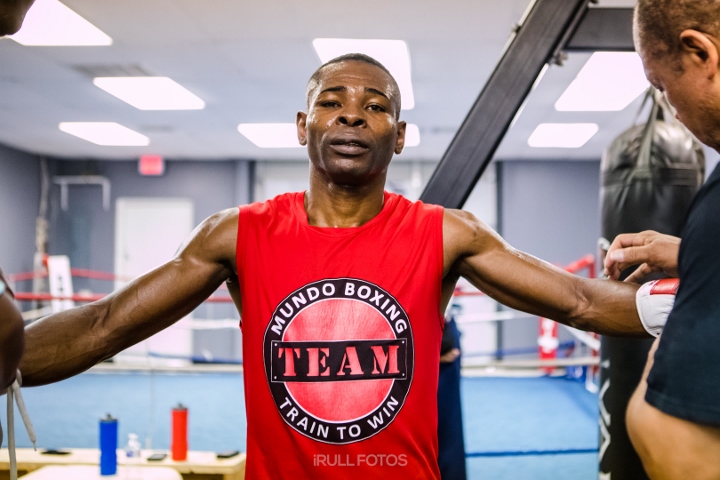 There has been talk of a potential unification bout between the two champions and Casimero has made it known that he is very confident that he would emerge victorious if the fight comes to fruition.

“He can say what he wants, but inside the ring we will be the referee – him and myself. Let’s see if he can do it. Let’s see if on that day he will really rip my head off. I’m the best pound for pound at 122 pounds and now I’m going for more,” Rigondeaux told George Ebro.

Prior to winning the bantamweight title, Rigondeaux campaigned as a junior featherweight for his entire career except for his 2017 fight against Vasiliy Lomachenko which resulted in the only loss of his career.  He moved up two weight divisions for the fight which is the only time in history that two-time Olympic gold medalists have squared off in the professional ranks.

Manny Pacquiao Promotions’ president Sean Gibbons is very interested in making the fight happen and believes that his fighter would be too much for Rigondeaux.

“John Riel Casimero would love to do a favor for the boxing fans and retire Guillermo Rigondeaux once and for all! It would be a great fight,” Gibbons told BoxingScene.com.

Rigondeaux has won three fights in a row since his loss to Lomachenko while Casimero is riding a six fight winning streak.

Gibbons believes that the contrast in the fighters’ styles would produce fireworks in the ring.  Both men fight under the Premier Boxing Champions’ banner so it shouldn’t be too difficult to put the fight together.

“I see the John Riel Casimero and Guilermo Rigondeaux fight as a classic boxer versus puncher. Casimero can do a lot of different things.  Rigondeaux is 20-1, only lost to Vasiliy Lomachenko in a fight way out of his weight division. He is a future Hall of Famer possibly. Casimero and him would be an explosive fight and I think the fans would really enjoy it,” said Gibbons.