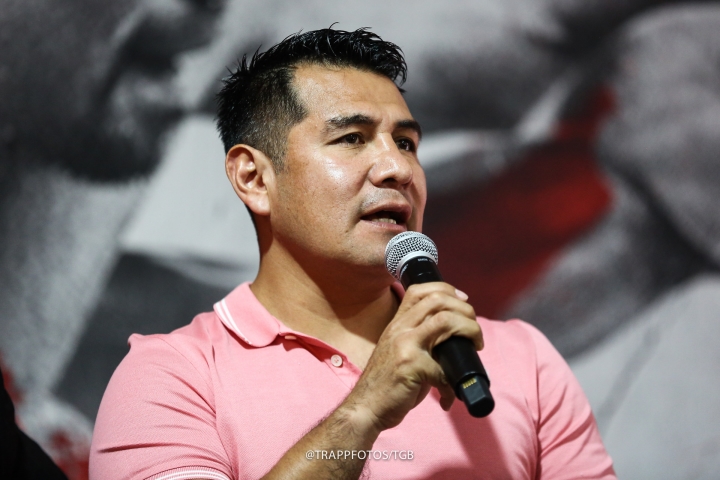 Marco Antonio Barrera is set to join the growing list of ring legends on the comeback tour.

Plans for the Hall of Fame former three-division champion have already changed, however. Previous rumors had Barrera facing longtime ring rival Erik Morales on July 16 in what was billed as a fourth fight between them.

Barrera’s return has been moved up one month and with a significant opponent change. The 47-year-old Mexican icon will instead face Jesus Soto Karass in an exhibition atop a June 11 show to take place at Pico Rivera Sports Arena in Pico Rivera, California. The event—aptly named “Return of the Legends”—will be presented by Marvnation Promotions, to be formally announced during a press conference on Thursday at Don Chente Bar & Grill in Pico Rivera.

Barrera (67-7, 44KOs) last fought in Feb. 2011, scoring a 2nd round knockout of Jose Arias in his Guadalajara hometown to end a storied 22-year career. The win was his second straight following a technical decision defeat to Amir Khan in March 2009, In a bout fought at junior welterweight where he spent his final four fights after collecting major titles at junior featherweight, featherweight and junior lightweight.

Two of Barrera’s three divisional title wins came at the expense of Morales, ending his celebrated countryman’s 126- and 130-pound title reigns after suffering a disputed 12-round split decision defeat in their Feb. 2000 junior featherweight title unification clash. The bout was an instant classic, as was their memorable rubber match in Nov. 2004 which was hailed as 2004 Fight of the Year by many outlets including the Boxing Writers Association of America (BWAA).

Soto Karass (29-13-4, 18KOs) never put a major title around his waist, though often found himself in Fight of the Year-level wars. The all-action slugger from Los Mochis, Mexico was a renowned volume puncher who often fell short when stepping up in competition, though never in a dull effort.

The 38-year old last appeared in the ring in Nov. 2018, scoring a 10-round majority decision over Neeco Macias to end a six-fight winless skid and retire on a high note. Soto Karass fought at welterweight and junior middleweight for much of his career, whereas Barrera never fought heavier than junior welterweight.

Plans for a fourth meeting between Barrera and Morales remain up in the air for the moment, regarding the rumored July 16 date which was previously revealed by Morales himself.

The June 11 show will also feature IBF strawweight titlist Yokasta Valle (21-2, 9KOs), who—by virtue of holding a belt in the 105-pound division is a target for recently crowned WBA title claimant Seniesa Estrada (20-0, 8KOs). An opponent was not named for Costa Rica’s Valle, who has made two successful title defenses to date.