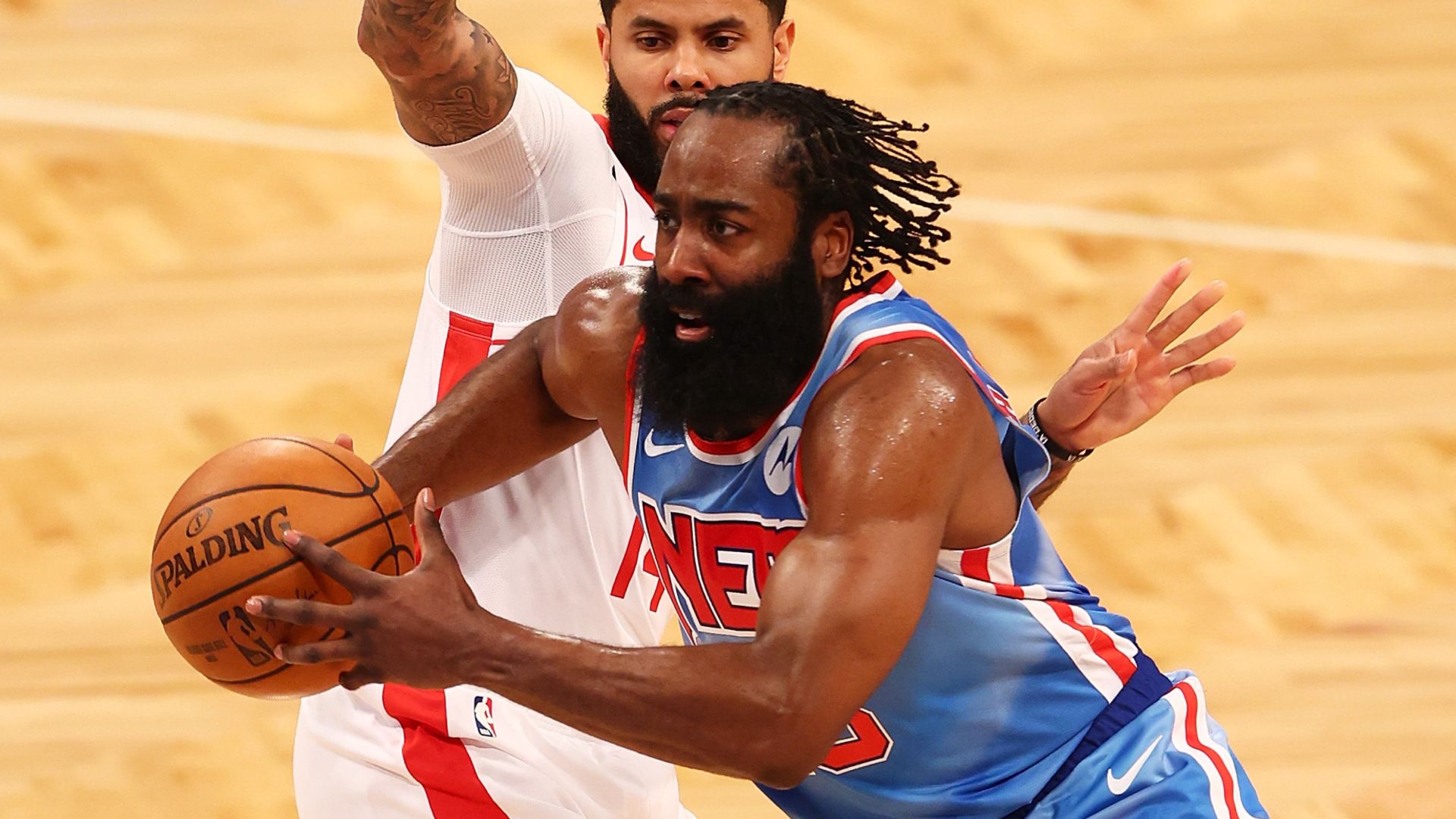 James Harden has been ruled out of Thursday’s game against the Charlotte Hornets, live on Sky Sports, due to tightness in his right hamstring, the team announced.

As the season has unfolded, it has been no surprise that the Nets hold one of the top spots in the Eastern Conference. The Charlotte Hornets weren’t tagged as a team that would be in that mix.

However, the fourth-place Hornets are trying to wedge themselves among the elite. Another chance to display their progress comes in a Thursday night game against the first-place Nets in New York.

“The noise is tough, though. People want to talk about where we’re at or where we could be or we should be,” Hornets coach James Borrego said.

“All that matters to us is that we continue to grow and develop. Stay present, stay in the moment. I’m really proud of our guys in that regard. We have not got ahead of ourselves. There’s no looking ahead.”

The Nets, who defeated the visiting Houston Rockets 120-108 on Wednesday night, hold the best record in the Eastern Conference. Their 33-15 record includes a 19-6 mark in home games.

“I’m really proud of our guys,” Nets coach Steve Nash said. “They’ve had a lot thrown at them this year. We’ve had a lot of different line-ups. A tough schedule, and a new group.”

The Nets, who’ve won three straight games and five of their past six, will face Charlotte without Harden, who missed the final quarter of the Wednesday contest because of right hamstring tightness.

“We’re going to monitor it,” Nash said. “We feel optimistic (that) it’s not a long-term thing.”

Harden produced six triple-doubles in March and already has tied the single-season franchise record of 12.

The Nets weren’t stellar at times against Houston, as they needed to rally from an early 18-point deficit. Nash called it a painful first quarter and pointed out that it wasn’t until the second half that Brooklyn began to play up to their capabilities.

“They know that it wasn’t good enough, wasn’t tough enough,” Nash said. “It doesn’t matter what’s said. We talked it over. (The players) took the challenge.”

Brooklyn’s Kyrie Irving recorded 31 points along with a season-high 12 assists and Joe Harris, who drained seven three-point shots, had 28 points for the Nets.

The Hornets, who have won four of their past five games, will be in the second game of a six-game road swing.

The Hornets have impressed Borrego by keeping focus on the daily grind rather than being consumed with the big picture as the team’s stock has risen. Even so, Borrego said, “There’s a few things to clean up before Brooklyn.”

Charlotte have had six different players finish as their leading scorer across the past seven games, with only Terry Rozier holding that label twice. Rozier’s late-game baskets proved crucial on Tuesday night in the Hornets’ 114-104 road victory over the Washington Wizards.

The Hornets won their first match-up with the Nets this season, a 106-104 decision on December 27 in Charlotte.