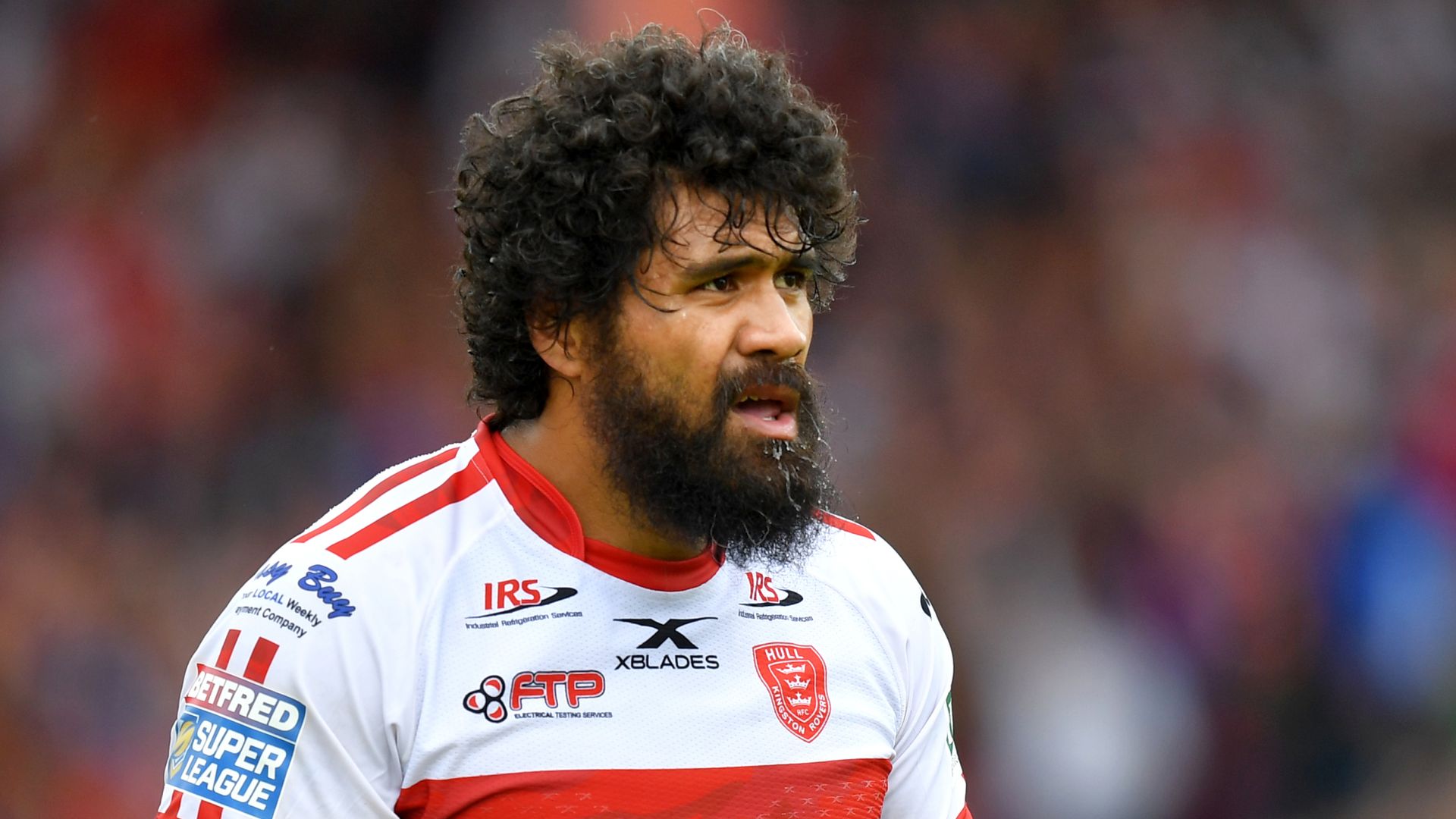 Fans are being encouraged to buy virtual tickets for this weekend’s games to help Mose Masoe, who starred for both St Helens and Hull Kingston Rovers in Super League. “I can’t thank the game enough,” he said.

Over a year after suffering a life-changing injury in a pre-season match, Mose Masoe remains a familiar face at both training and on gameday for the Hull Kingston Rovers squad.

The former Samoa international prop can often be spotted at the training ground passing on his wisdom from nearly a decade of playing in the NRL and Super League, as well as supporting Rovers on matchdays.

But while plenty of players have spoken of him having a positive influence on the squad with his presence, Masoe feels his one-time team-mates are proving just as helpful to him as he continues his rehabilitation from that spinal injury.

“As much as they say I’m helping them, I think they’re helping me more,” Masoe told Sky Sports News.

“Just to be able to get out of the house and go watch the boys at training, it’s really nice to give my partner a bit of time by herself and with the kids.

“When I’m at training, the boys are helping me. Sometimes I fall over, and they pick me up, and it’s good to get to training and have a bit of a laugh with them.”

Ever since suffering the injury, Masoe has been undergoing an arduous recovery process and although he was able to take his first steps unaided last May and has regained the use of his arms, he still has a long road ahead of him.

It has been a testing time for his partner Carissa, who is now his full-time carer, and their children too, although their support has proven invaluable for the 31-year-old who last year shared a video on social media of his daughters helping with his home physiotherapy.

“When all of the physiotherapy places were closed due to Covid, they had to act as my home physios,” Masoe said.

“Every day is a grind. It’s like Groundhog Day – you’ve got to wake up, do the same rehab and just try to strengthen the body.

“When you strengthen the body, it strengthens the mind as well, and just doing the little things like stretching your arms and legs add up to being able to improve a little bit every day.

“I’ve just got to make the most of the opportunity which is ahead for myself now, keep doing the rehab and keep doing the little things, and pray it all comes back and I get closer to being normal again.”

True to form though, the rugby league family has railed around Masoe and his family, something emphasised by the fact the second round of the 2021 Super League season over the Easter weekend will be dedicated to helping him.

With games still being played behind closed doors due to Covid-19 regulations, fans are able to buy a virtual ticket for this weekend’s games with the proceeds going to the Mose Masoe Foundation and the man himself is humbled by the outpouring of support over the past year.

“I can’t thank the game enough,” Masoe said. “It’s truly humbling to receive so much support, so I just want to thank everyone out there for their support at this tough time for my family and me.

Mose Masoe and his partner open up on the former Hull KR forward’s struggles since his career-ending injury.

“I’m humbled by it all just to know people are out there doing fundraisers, sending their best wishes and buying virtual tickets.

“By the sound of it heaps of tickets have been sold, and I’m overwhelmed by all of the support and everyone out there showing love to my family and me.”

But while he has fond memories of both, including winning the Grand Final with Saints in 2014, he may be swayed towards cheering on the side from East Hull on the night.

“I’d probably have to go for the KR boys. My allegiance is with them at the moment as they’ve seen me go through the struggle from day one and they’ve been here with me since the beginning.”