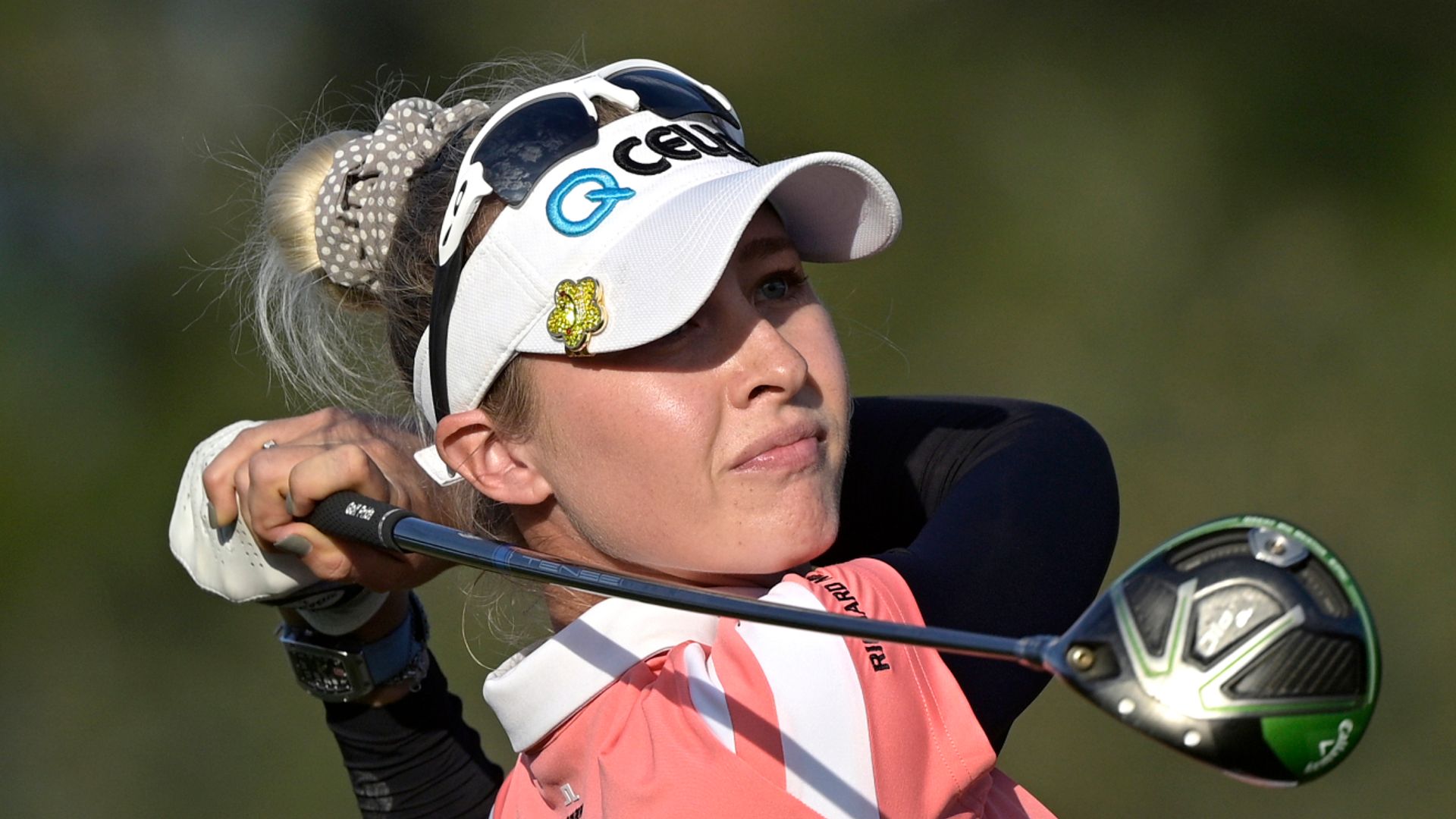 Nelly Korda, Lexi Thompson and Brooke Henderson look forward to competing in the first major of the year in California – the ANA Inspiration. Watch live from 5pm on Thursday on Sky Sports Golf.

Nelly Korda heads into the first major of the year hoping that a more relaxed mindset will pay off at the ANA Inspiration.

Korda, who has been grouped with England’s Mel Reid for the first two rounds at Rancho Mirage in California, just missed out on a maiden major title last September, losing to Mirim Lee in a playoff that also involved Canadian Brooke Henderson.

The world No 4 is determined to atone for that near-miss this week, but Korda is not putting herself under extra pressure to perform and is attempting to treat the event as she would a normal stop on the LPGA Tour.

“I feel like a lot of people put a lot of pressure on themselves when it comes to major championships,” said Korda, winner of the Gainbridge LPGA in February. “I have learned to put the same mindset to every tournament and not put so much pressure on them. You want to win, but I feel like people get in their heads when they get to a major.

“It comes from experience and learning what works best for myself. Try to keep it more relaxed because there’s a lot more pressure that comes with a major. The more relaxed you are, the more you’re enjoying yourself and I feel like the better it will be.”

Lexi Thompson has enjoyed taking the traditional leap into Poppie’s Pond following her victory in 2014, but that remains her only major triumph, although she does have a remarkable record over the Dinah Shore Tournament Course with five top-seven finishes in her last six appearances.

“It would mean the world to me [to win here again],” said Thompson, who is coming off her second runner-up finish of 2021 at last week’s Kia Classic. “This place has so much history and tradition. Jumping into Poppie’s Pond is my favourite memory of my career, jumping in there with my family.

“I hope to do it again sometime and it is always my goal coming into this event. Of course I want to win but everyone else does [too]. I just have to focus on my game and see where it takes me. I’ve put in a lot of work on chipping and putting, hours a day, and just really making sure my ball-striking is more consistent.”

Henderson’s form is also trending in the right direction after she posted a welcome top-10 finish at the Kia Classic last week, giving her added confidence ahead of her seventh visit to the ANA Inspiration.

“My game is in a really good spot right now,” said the 23-year-old. “When you arrive here, it’s just a different atmosphere. You see Poppie’s Pond and the Dinah Shore statue, the Wall of Champions.

“It’s just incredible and the golf course is in amazing shape. Growing up, this is the tournament as a little girl that you dream of playing in, watching and hopefully winning. For the men, it’s the green jacket. For us, it’s the jump into Poppie’s Pond.

“Hopefully I can start Thursday with a great round and put myself in contention on the weekend. I think having won a major championship, it makes the nerves a little bit better but they are always there. You just want the opportunity.

“It’s the best feeling to be in contention at a major championship on Sunday afternoon, playing against the best in the world on a great golf course.”

Watch the first major of the year live on Sky Sports. Coverage from the ANA Inspiration starts on Thursday at 5pm on Sky Sports Golf.