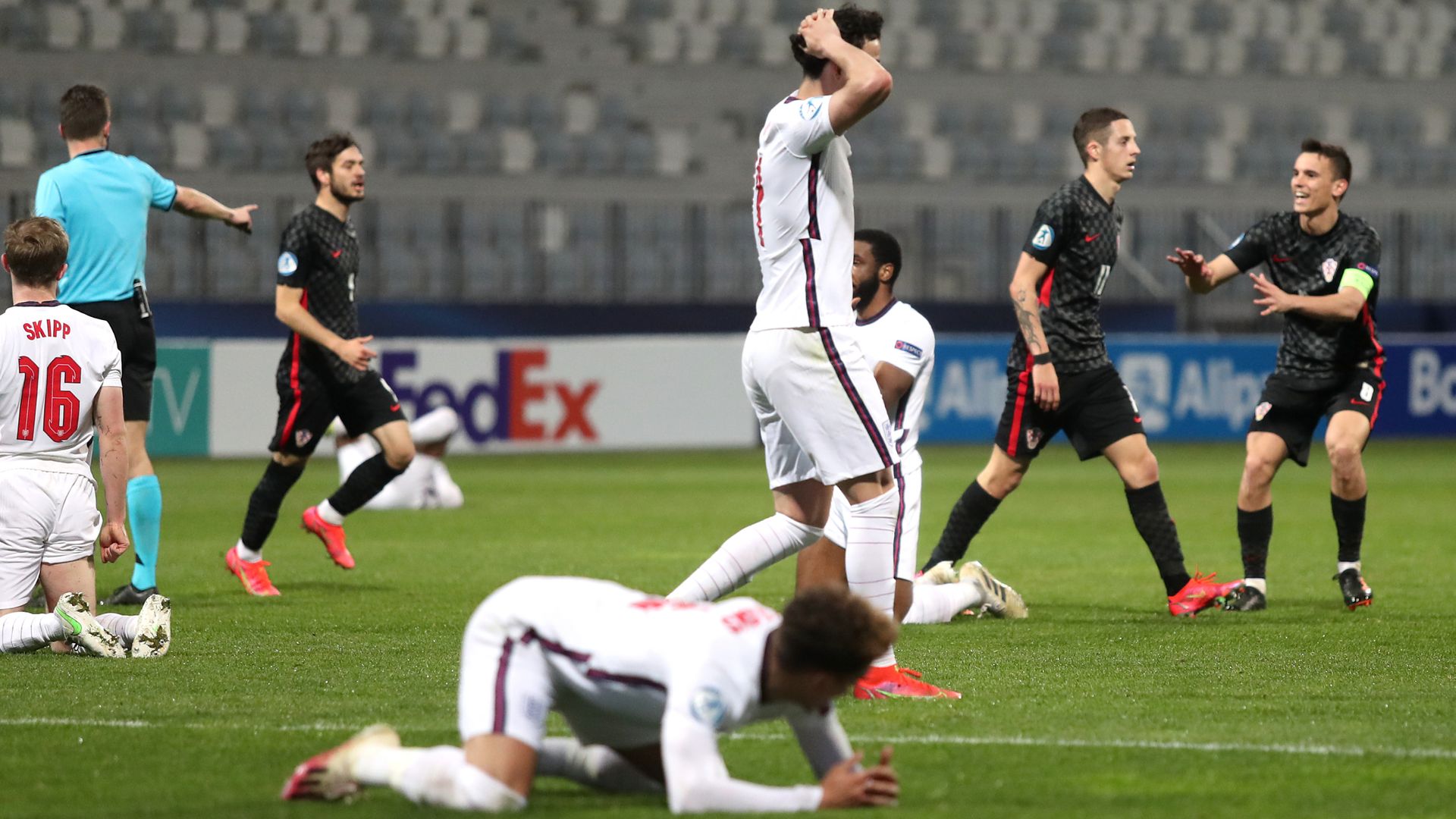 Domagoj Bradaric’s injury-time stunner broke England U21 hearts to deny the Young Lions a place in the Euro 2021 quarter-finals, despite a 2-1 win over Croatia.

Bradaric’s debut U21 international strike, as Croatia desperately pushed for a goal to save their own tournament, sent them through to the last eight at the expense of England, who had looked like defying the odds to progress.

Ebere Eze finally scored the Young Lions’ first goal of the tournament from a soft penalty after 12 minutes but with Aidy Boothroyd knowing only a two-goal win would be enough, more was still needed.

Boothroyd named an attacking side in an all-or-nothing game for the Young Lions, who also needed Portugal to beat Switzerland to qualify, and finally found the second goal they required through a sharp Curtis Jones finish 16 minutes from time. Croatia had earlier twice tested Aaron Ramsdale but offered little sign of a late shock after Jones’ goal.

That was until Bradaric, up from defence and left unmarked, struck a stunning 25-yard effort past the Sheffield United goalkeeper to take Croatia beyond the group stages for the first time in their history.