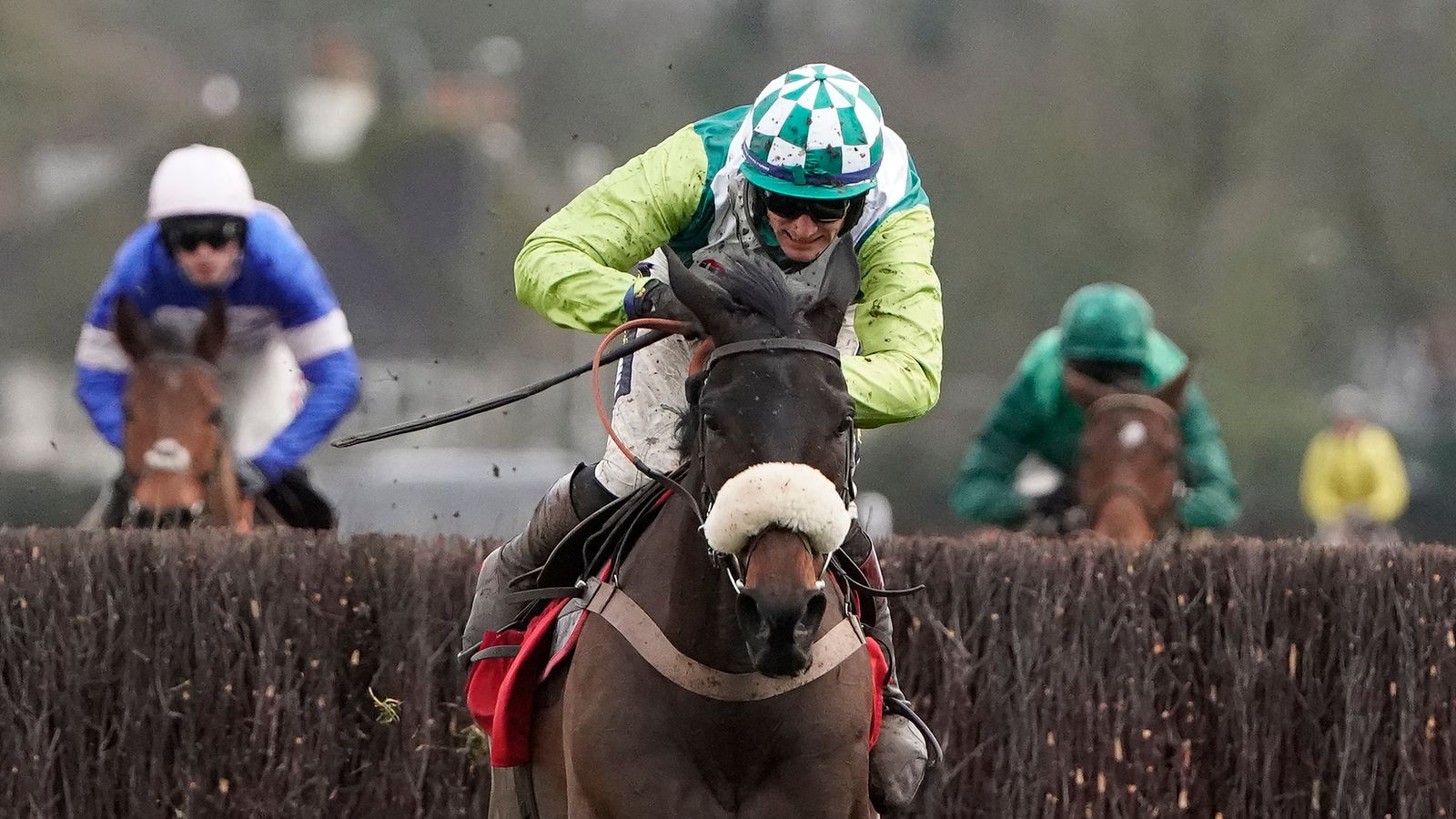 Clan Des Obeaux is set to be fitted with headgear for the first time in the Betway Bowl at Aintree.

The dual King George VI Chase hero has finished third and second in the last two runnings of next week’s Grade One contest – and will return to Merseyside in a bid to make it third time lucky on Thursday week.

With connections deciding against a third tilt at the Cheltenham Gold Cup, Clan Des Obeaux will be making his first appearance since failing to reel in stablemate Secret Investor in last month’s Denman Chase at Newbury.

Trainer Paul Nicholls said: “Clan Des Obeaux will run in the Betway Bowl and he is either going to run in some blinkers or cheekpieces – we will decide nearer the time.

“He ran very well the last day behind Secret Investor and he deserves to win a nice race this season. He ran on at Haydock in the Betfair Chase, but the ground would have been against him that day, then he didn’t quite perform in the King George.

“I just think some cheekpieces or blinkers might just sharpen him up a bit, because the other day I thought he should have won at Newbury, but Secret Investor just out-battled him a little bit.

“To be fair, he has had a lot of hard races but he has stayed sound through it all. He probably looks after himself a little bit, so a bit of headgear might just focus him a bit more.”

Clan Des Obeaux will be part of a strong Nicholls squad bound for Aintree, with Politologue a potential runner in the Marsh Melling Chase on Friday week.

The grey did not defend his crown in the Queen Mother Champion Chase at Cheltenham after he was found to have blood in one of his nostrils when being saddled.

“Politologue will either go here or go to Sandown for the Celebration Chase,” Nicholls added.

“It was frustrating what happened before the Queen Mother, and it just about summed my Cheltenham week up. The way the race unfolded you would have to have said he would have been right in the mix.

“He just had a trickle of blood in his nose – it wasn’t from his lungs. (But) if we had run him and something happened to him, we would never forgive ourselves, so we did the right thing for the horse.

“You can’t take chances with horses like that. He is fresh and well – and he has won the Melling Chase before.”

Master Tommytucker, last seen finishing second in the Ascot Chase, is also in the mix for the same race.

Nicholls said: “Master Tommytucker was always going to go for this race after his run at Ascot.

“Better ground will suit him, as would a flatter track. I don’t think he will be far away in the King George next season.”

The Ditcheat handler confirmed Hitman an intended runner in Thursday’s Manifesto Novices’ Chase, rating him one of his “best chances” of the meeting, while Yala Enki and Give Me A Copper will bid for glory in the Randox Grand National itself.

“Give Me A Copper schooled with him at David’s the other day, and he did well. I’ve always thought this race would suit him.”