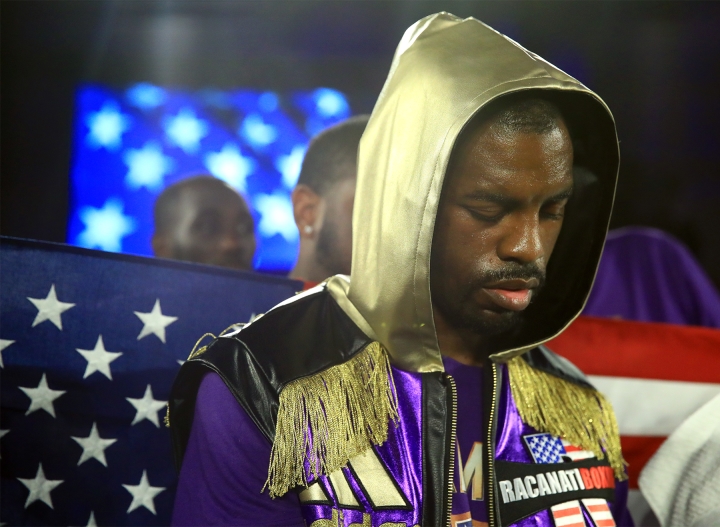 Jamel Herring says he wants to be known as one of the best marines to represent in the sport of boxing, ahead of his huge WBO super featherweight title against Carl Frampton this weekend.

The two men collide on the massive #Legacy event by D4G Promotions event at Caesars Palace Dubai on Saturday, in what is the biggest fight to ever take place in the region.

Herring (22-2, 10 KOs) served two tours of Iraq during his time in the marines, and he feels everything he has been through in his life has led to Saturday’s battle with Frampton (28-2, 16 KOs).

Herring said: “I want to be known as one of the best marines to represent in the sport of boxing, and to continue that tradition of marines in boxing.

“Being in this sport is a blessing, especially as this level, as I’ve been through a lot worse. I’ve dealt with two deployments, and I’ve lost family and friends.

“I always wanted to be part of something special, and I feel I have a lot more to prove. A win in this fight opens a lot of doors for me for future fights.

“I’ve always been a fan of Carl’s. He was named Fighter of the Year at one point, and he knows what it takes to win title fights. He wants to make history, and his legacy is already cemented.

“He didn’t need this fight, as win lose or draw he’ll go down as one of the best, but a win here for me solidifies me as a legitimate super featherweight world champion.”