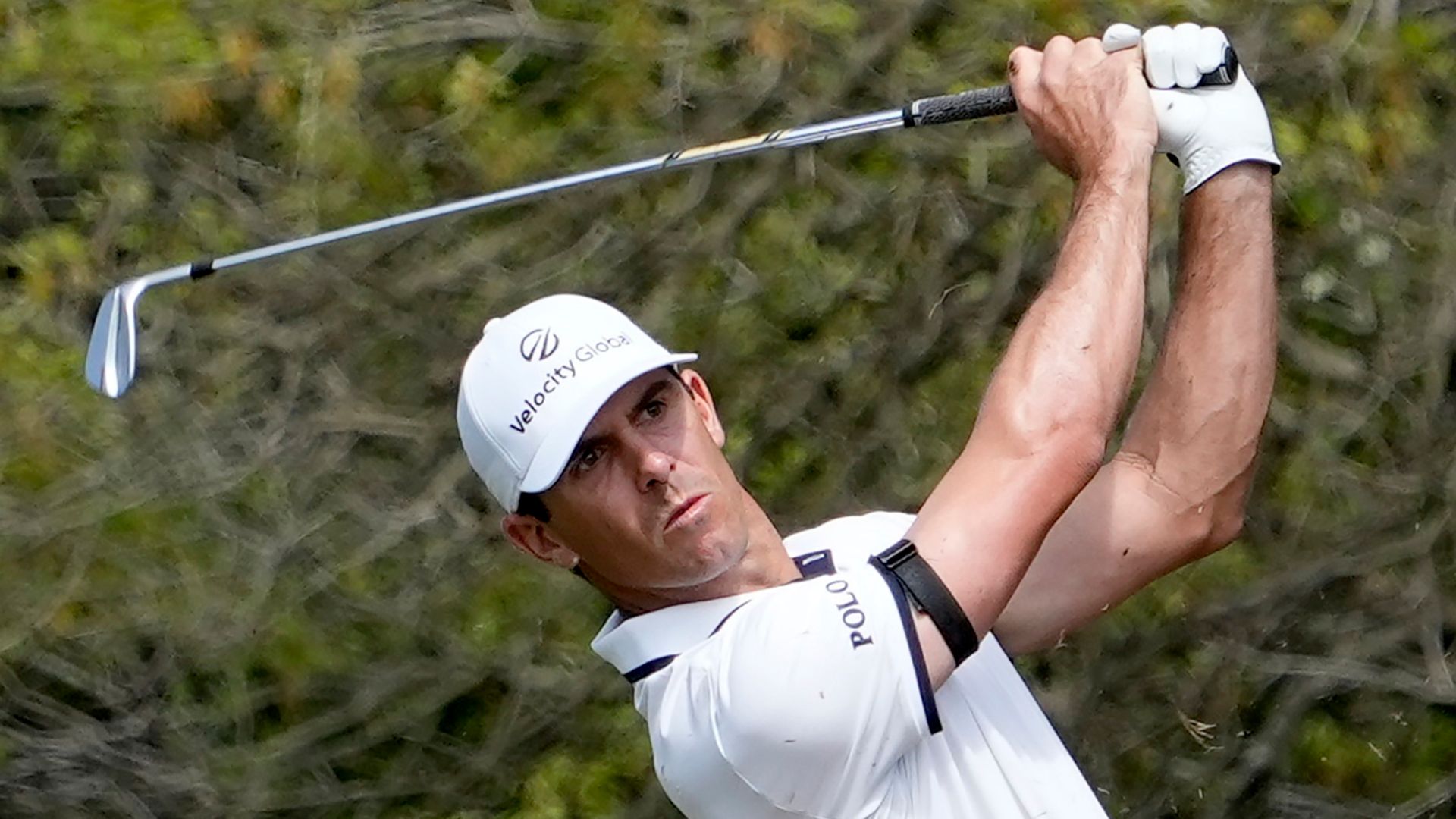 Billy Horschel reflects on his WGC Match Play victory, explains why the pace of play appeared slow, and reveals which West Ham United legend sent him a message of congratulations

WGC Match Play champion Billy Horschel has apologised for the pace of play during his final against Scottie Scheffler, and he also revealed how he became a West Ham fan!

Horschel and Scheffler were widely criticised for slow play in the final at Austin Country Club and, while Horschel readily admitted he took longer than usual over certain shots, he insisted the tough, blustery conditions coupled with regular “uncomfortable feeling” over the ball were a contributory factor.

The American insisted he has never been accused of slow play in the past, and that the pedestrian pace of play was accentuated for television viewers as there were only two matches on the course at the time – the other being the third-place playoff between the two beaten semi-finalists, Victor Perez and Matt Kuchar.

“It did feel slow,” Horschel told Sky Sports News. “I’m not a slow player and I’ve never been called a slow player, but I understand that the final was a slow round of golf. The conditions were tough, with the wind blowing all over the place, so it was sometimes tough to figure out what we wanted to do.

“The majority of the time, when it was my turn I was ready to hit. But my pre-shot routine was longer than it normally is. I’ve been working on some stuff and I was uncomfortable with the feeling I had over the golf ball, so I had to back off a couple of times.

“I apologise that it took so long, but I’m really not a slow player. I read what Colin Montgomerie was saying, about all the guys having yardage books and using the green books to line up putts. But I don’t carry a yardage book, and I haven’t for four years. And I never used a greens book to line up my putts.

“Obviously it was a long round of golf, and with only two matches going on it’s going to look like it takes a lot longer. That’s an unfortunate situation as the TV has nothing else to fill when we’re not playing shots. I understand it took longer, but the conditions were really tough and I don’t think the TV really showed just how hard it was blowing out there.

“We were grinding out pars, so it wasn’t like we were hitting it close. We were hitting it to 30 or 40 feet and trying to two-putt for par, and the greens are very similar to Augusta, although not quite as severe.

“So I do apologise that the round took longer. I’m not a fan of slow play and everyone knows I’m not a slow player. I guarantee you that, next time I’m in the final group, I won’t be taking as much time as I did on Sunday. I’m very much a feel player, and I’m a big believer in not taking a lot of time over the golf ball, making a decision and sticking to it.”

Horschel also laughed off a moment of embarrassment during his semi-final victory over Perez, a duffed third to the sixth hole that had his opponent and caddie, JP Fitzgerald having to scurry out of the path of the American’s ball.

“These golf shots happen,” Horschel said. “As my college coach used to tell me, the guys you see on TV at the weekend are playing their best, they’re hitting great golf shots and making it look easy. They’re not showing the guys who missed the cut, or barely made the cut!

“That shot, we had 150 yards to the pin, we were trying to fly it 155 yards, the wind was blowing really hard and I thought if I hit a seven-iron and the wind ate it up, it would come up short, and possibly right of the green. So I tried to hit a very chippy six-iron, that I would normally hit 195 yards, so I was not very committed on it.

“Obviously it turned out the way it should have with a non-committed golf shot. And I almost hit Victor and JP, and the European Tour had a camera on them, jumping out of the way. When I showed it to them before the final, JP said: ‘I wasn’t expecting to be playing in a pro-am on a Sunday!'”

Among the many messages of congratulations was a text from West Ham stalwart Mark Noble, and the world No 17 revealed that he became a Hammers fan while in college and has followed the club closely every year.

“My stats guy, Mark, is from England and he’s also a West Ham United fan,” Horschel added. “We’re having a hell of a season, incredible after almost being relegated last year, and to have a chance to make the Champions League is truly amazing.

“Mark Noble sent me a text. I’ve never met Mark, but he got my number from Francesco Molinari and sent me a text yesterday. That was one of the coolest things, and we were texting back and forth.

“I’m excited to see what the last part of the season has in store for West Ham. I think David Moyes has done an unbelievable job, and Jesse Lingard has been a key addition to the team. They had a strong team already, but he’s added a little extra spark, and we all know how good Michail Antonio is.

“It’s been amazing to see what the team has achieved. I don’t know how the voting process goes, but in my opinion David Moyes should be Manager of the Year.”

Back on the course, Horschel is delighted with how his game is shaping up ahead of the Masters next week, and he feels confident about his chances of at least cracking the top 10 for the first time in his seventh visit to Augusta National.

“It doesn’t matter how many times you’ve played at Augusta, you’re still learning things about the course every time you go there,” said Horschel, whose best result at the Masters is a tie for 17th in 2016. “You’re learning, with certain pins, where you can get away with a miss, where on the green is a hard two-putt, and various situations like that.

“This is going to be my seventh Masters and I’m still learning, but I think I’ve got a really good game-plan on how to attack the golf course, how to play well there. I’m a really good putter and I drive the ball really well, which isn’t the most important thing at Augusta but it’s still a key factor.

“My iron play, which has been a strength in the past but hasn’t quite been there over the last couple of years, is starting to turn the corner a little bit. So I’m liking where my game is, how it’s trending, and how it’s finally starting to fit Augusta because I’ve always felt it was a really good spot for me.”